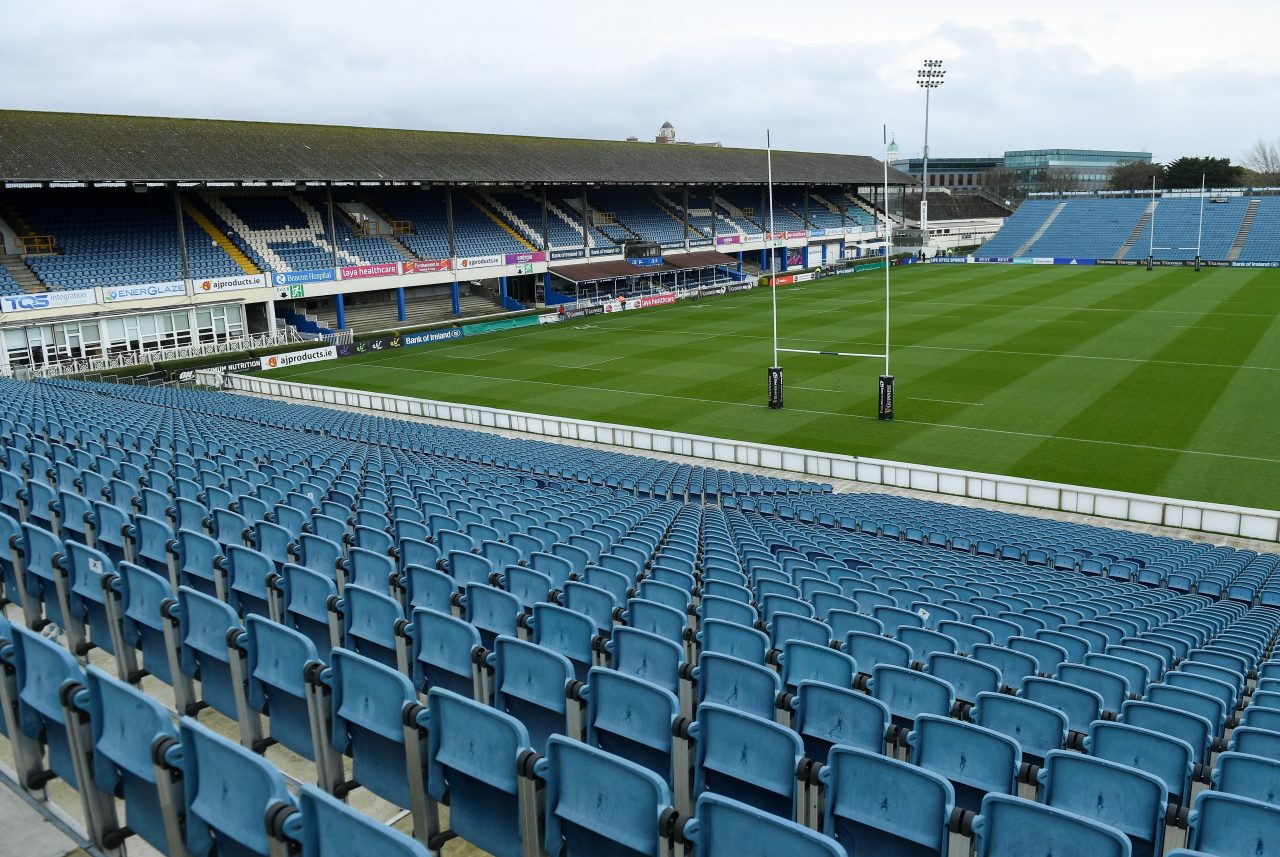 IRFU Chief Executive, Philip Browne, has today announced Irish Rugby’s ‘Return to Train and Play’ proposals have been submitted to Government and, based on this phased roadmap, the penultimate weekend of August has been set for the resumption of Guinness PRO14 derby fixtures involving the four provinces.

The submission of the IRFU’s ‘Return to Train and Play’ protocols follows an extensive and assiduous process involving a wide range of experts, including the IRFU medical team, external medical advisers, strength and conditioning experts, match staging experts, PRO14 officials and the Aviva Stadium team.

Under the proposals, the Aviva Stadium will host behind closed doors Inter-provincial games as part of the completion of the 2019/20 Guinness PRO14 season on 22nd and 23rd August, Browne outlined during a video conference call with members of the media on Friday afternoon.

“Our documents are now with the Government and I would like to acknowledge the cooperation and support we have received from the Government and its agencies, in particular Sport Ireland and The Department of Transport, Tourism and Sport,” Browne said.

“Based on these protocols, we have set target dates of 22nd and 23rd August for a return to play with the staging of Guinness PRO14 derby fixtures between the provinces at the Aviva Stadium behind closed doors, as part of the completion of the Guinness PRO14 2019/20 season.

“In these times these matches are not just rugby fixtures, they are a beacon of hope for the entire country. A step, albeit a small one, in Ireland’s opening up to an environment for which the entire country yearns, deserves and has sacrificed so much to win back. We very much look forward to being able to play our part in delivering this much needed tonic for the country.”

In relation to the resumption of international rugby, Browne said it is the IRFU’s ambition to see a resumption of Test matches in the Autumn, but admitted ‘specifically, what this will look like, it is too early to say.’

He explained: “What I can say is that we are proactively engaging with World Rugby and our fellow Unions to work on a programme which will deliver international matches here sometime in October or November.

“Obviously as part of this approach we are keeping a close eye on the various top-level sports around the world which are now coming back to play.

“We will take whatever learnings we can from their experiences in order to ensure we meet with the most stringent health directives and guidance around the safety of players, management, all of the support crew and supporters, if involved.”

Browne was able to deliver some positive news following the earlier announcement that the Board of the Guinness PRO14 has completed a significant strategic partnership investment from CVC Capital Partners Fund VII.

Under this agreement, CVC Fund VII will acquire a 28 per cent share of PRO14 Rugby from Celtic Rugby DAC, while the Unions will retain the 72 per cent majority share.

“It is heartening to be able to speak to you with some positive news, for a change, in these difficult times. And certainly, the announcement of CVC’s investment in the Guinness Pro14 League is very positive news, not just for the financial benefits it brings, but, almost as importantly at this time, for the confidence it shows in the PRO14 Tournament and the game of rugby in general,” Browne continued.

“Under this agreement, CVC will acquire, on a phased basis, a 28 per cent share of the PRO14 tournament. Their investment will allow PRO14, together with the Irish, Italian, Scottish and Welsh Rugby Unions to invest in the sport, while allowing the tournament the opportunity to achieve its full potential over the long term.

“The mechanism for this is the creation of a new joint venture partnership, with full responsibility for the commercial direction of the tournament, on a 72/28 split in favour of PRO14. All issues relating to rugby and its regulation continue to rest fully with PRO14 and its constituent Unions.

“The Guinness PRO14 League is the bedrock of professional rugby in Ireland and is a key strategic imperative for the health of the professional game here. First and foremost, it allows our various professional panels the opportunity of quality, meaningful competitive action on a continuous basis throughout the season.

“The PRO14 has grown in strength and in reputation over the past number of years and in order to keep pace with the ever-increasing demands for the positioning, marketing and financing of a modern sports franchise, in the face of competition from other rugby and other sports franchises, it is critical that fresh financial sources and marketing expertise are made available to the tournament.

“The most effective source for this, as agreed by the board and shareholders of PRO14 following a detailed strategic review, is an outside partner. We see CVC as an ideal partner to fill this role and believe this partnership will serve to increase the ambition, scope and attractiveness of the tournament in the coming seasons for players, fans and commercial partners.

“From an Ireland specific perspective, the IRFU is phasing its sale of equity to CVC with payments being received over the next 3 seasons. The total value to Irish Rugby is in the order of Stg £30M (net of costs), with an initial sum expected today of approx. Stg £5m.

“While hugely welcome, and an enormous vote of confidence in rugby, the investment must be viewed in the context of the mammoth financial issues the IRFU is facing where revenue losses in the order of €15/€20 Million will be encountered should the 2019 Six Nations not be completed and the Guinness Autumn series cancelled. All this against a background where the IRFU’s cash reserves are likely to be exhausted within a matter of months.”

In conclusion, Browne said almost 70 rugby clubs around the country have already applied for financial support through the Club Continuity Support Fund and called on the Government to recognise sport’s ‘contribution and role as a core strand in the fabric of society, and in turn provide the significant financial support all sports will need in the difficult transition from dormant isolation to vibrancy across their communities.’

“If I might just finish on a stark note in relation to sport in general,” Browne added. “The levels of financial loss being encountered by all sporting organisations is catastrophic and rugby is no exception.

“Almost 70 clubs have already applied for support through the Club Continuity Support Fund and this will only grow. The IRFU will do what it can to lend support to clubs but there is only so far drastically depleted funds can stretch.

“It is not sensationalist to suggest that without Government financial support sport will take a generation to get back on its feet, leaving an enormous void at the heart of communities throughout the land.

“Sport and Clubs have played an inestimable but often undervalued role in the development of our young and the health of the general population.

“I would call on Government, who have done such a magnificent job in shepherding the country from the worst excesses of this pandemic over the past months, to fully recognise Sports’ contribution and role as a core strand in the fabric of our society, and in turn provide the significant financial support all sports will need in the difficult transition from dormant isolation to vibrancy across their communities.”