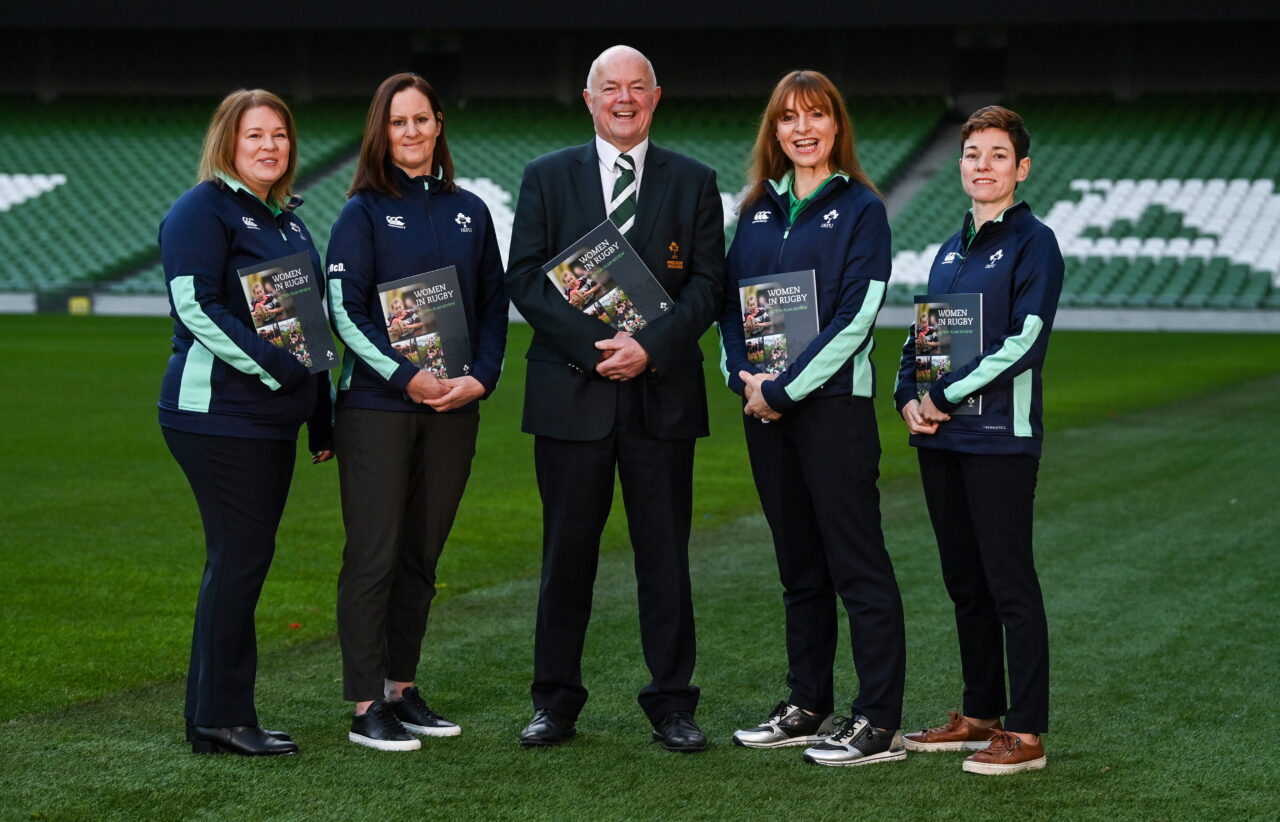 The IRFU (Irish Rugby Football Union) has today published the Women In Rugby Report which arose from the findings of an independent review of Women In Rugby in Ireland.

The Report, under the Chairmanship of IRFU President John Robinson, is based on the findings of an independent review and consultation, carried out over this year. It involved a survey conducted by leading market research consultancy, Opinions Market Research, and 77 interviews with a range of stakeholders directly involved in the women’s game in Ireland, conducted by Amanda Bennett of Fair Play Limited.

The recommendations set out in the review have been considered and accepted by the IRFU Committee and will now feed into the IRFU’s new 2023-2028 Strategic Plan which is being developed. This new plan will form the blueprint for the further advancement of women’s rugby in Ireland over the next 5 years.

The annual budget allocated directly to Women’s Rugby was increased this year to €5.5 million and, additionally, the IRFU can today announce that a further €1 million of annual funding will be committed to commence the implementation of this Report. These funds have been earmarked for facilities and pathways development.

In attendance at Thursday’s launch were a panel which comprised of John Robinson (IRFU President and Chair of the Women in Rugby Report), Fiona Steed (Chair of the IRFU’s Women’s Sub-Committee), Gillian McDarby (IRFU Head of Women’s Performance & Pathways) and Amanda Greensmith (IRFU Women’s Development Manager).

Welcoming the publication of the Report, IRFU President John Robinson, who also Chairs the IRFU Women’s Advisory Group, commented: “Over the course of the last year the IRFU has undertaken a review of Women in Rugby in Ireland. This Report is the culmination of several months of hard work and I would like to pay particular tribute to Amanda Bennett for her diligence and professionalism throughout the process and also to thank all those who contributed. This is a Report on Women in Rugby and the steps we can take to make Irish Rugby a more welcoming and inclusive environment for women, whether as players, coaches, referees, supporters or volunteers.

“This Report also sets out our ambition for performance pathway and for competition structures. In support of this objective, this year the IRFU has already committed an additional spend of over €2 million to the women’s game, bringing our direct support to the women’s game to over €5.5 million per annum.

“Indeed, today we are also committing a further €1m to begin implementing some of the recommendations of this Report. This Report will feed into a new five-year strategy for the Game covering areas from pathways to inclusivity to competition models and will set out an ambitious vision for the Women’s game in Ireland for the next 5 years.”

Amanda Bennett of Fair Play Limited, who conducted the independent review, said: “Over the course of six months, nearly 1,000 people engaged in interviews, group discussions and surveys to share their views, experiences and ideas. What is clear is the passion for rugby and, in particular, women’s greater involvement in rugby. The review should be seen as a natural process with the current Women in Rugby Action Plan due for completion in 2023.

“The recommendations represent actions that the IRFU can implement as part of a revised women’s plan. I appreciate that not all recommendations will meet the expectations of all stakeholders, however they are a direct result of extensive consultation, international benchmarking and honest, open discussion. This Report reflects the views of those playing and leading the game in Ireland and I believe, as recommendations are converted into action, will set Irish rugby on the path to success.”

IRFU Women’s Development Manager Amanda Greensmith said: “We welcome the Report which encompasses the voices of all our stakeholders within the game. While we have made significant progress in a lot of areas, this Report also highlights the opportunity to grow the women’s game further in a sustainable fashion throughout the country which incorporates Mini, Age Grade and Adult rugby, with solid connections in Schools and Third Level.”

IRFU Head of Women’s High Performance and Pathways, Gillian McDarby, added: “By investing and supporting the development of sustainable High Performance pathway programme structures, the IRFU and the provinces will be in a better position to identify, develop and support players to compete and achieve success on the world stage and life after. The vision is to establish Centres of Excellence provincially which will provide Technical Coaching, Athletic Performance coaching and all the relevant service provisions to support our pathway structures. By providing these structures, the IRFU will be affording our players the best opportunity to perform to the best of their ability.”