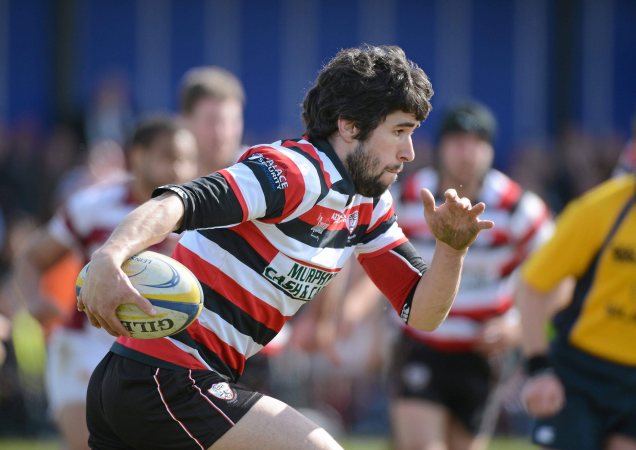 Enniscorthy play in their 2nd consecutive Irish Junior Cup Final on Saturday next in Coolmine RFC’s ground in Dublin at 2.30pm. They play the Ulster League Leaders Clogher Valley in the Final…

Enniscorthy were defeated in last year’s final by Tullamore who were unbeatable last season and of course now play as a Senior Club in the AIL.

Enniscorthy have also found this season quite difficult. Tony Ryan moving to play with Clontarf was a major loss and they also they have as many as six changes from the team that lost last year’s final. There has been an almost complete change of personnel and it has taken time for the new faces to blend in.

The top four Junior Teams from each of the four provinces qualify for the Junior Cup. Enniscorthy have been lucky with the draws and played all three of their matches on the way to the final at Ross Road. Enniscorthy now meet the Ulster Champions Clogher Valley in Saturday’s Final. They have played before as the S’Corthy boys beat them in the semi-final last year up in Cran, the Clogher Valley home ground.

A hat-trick of tries from Ivan Jacob and the boot of Ivan Poole, who kicked five from five, blitzed the Valleys boys but they have been having an outstanding season so far whilst Enniscorthy have struggled.

Clogher Valley are sitting on top of the Ulster League and after 13 matches they are on 54 points. Their nearest rivals Portadown are on 48, although Enniscorthy beat Portadown in the semi-final just before Christmas by a score of 14-13.

Enniscorthy coach Damien McCabe said: “We were lucky to win it. The weather was awful and we only got inside their 22 once in the 2nd half but we made it tell with a Tom Ryan try”.

Enniscorthy meanwhile are 5th in the Leinster League with two games remaining and are far from safe as the bottom team Tullow are on 19 points just six behind Enniscorthy. They have two matches still to play; Coolmine away and then a final match on March 1st against Newbridge at home.

Clogher Valley have put up big scores and have a massive 468 points scored in their League.

Enniscorthy have scored 192 in their league campiagn but Clogher Valley have had a few victories where that have put up 50 points or more.

Enniscorthy reached the final by beating CYM 25-0 in the opener and then it took them a while to get the better of Coolmine in the quarter-final winning 30-22, although they did score four tries in the opening half.

The visitors got within three points but Jim White scored a superb solo effort to seal the victory.

They beat Portadown on that awful wet and windy day 14-9 and they were lucky to be drawn at home in all  matches.

Clogher Valley struggled to beat Kanturk 10-9 in their opener but recorded impressive victories in the quarter final and semi-final beating Kilfeacle 29 nil and Skibbereen 20-9 respectively. Their quarter and semi’s were away from home.

Enniscorthy have already won the South East League whilst their the Valley beat Portadown two weeks ago in the league 19-10.

On form that would make the Ulster team favourites and they have a very strong set of forwards with flanker and captain Stephen Baxter particularly outstanding. Their line-out is superb and in David Sharkey they have an excellent ball winner. But Enniscorthy have also found a fine alloy in Thomas Stamp who at 6’5” is starting to blossom alongside Sean Wall in the lineout. That will be a crucial area in this game. Clogher Valley have been very clinical and are strong upfront. PC Falconer is a very strong running centre who is there 2nd top scorer. He is a big man with power and pace. His centre partner David Dunlop is not far behind and he has also been outstanding this season.

Enniscorthy meanwhile have had some awful injury problems with Ciaran Murphy in particular probably missing the final because of an ongoing neck injury.

Enniscorthy have really benefited from their outstanding U19 team of three years ago who have provided a lot of pluses for the team this season and the emergence of 21 year old Jack Kelly who has settled in really well in the number 10 shirt. Daniel Pim and David O’Dwyer have also made the centre and wing their own. In the forwards Thomas Stamp, Peadar O’Mahony, Jim White, Jack and Ciaran Murphy, have been to the fore. Evan Lett has been a good replacement at scrum half for Alan Jacob who emigrated to Australia. The real boost for S’Corthy has been the return of Mitchell Dalton from Australia three weeks ago and he will bring a whole new aggressive dimension to the back row.

They also have the experience of Declan O’Brien, Damien McCabe, and Luke Goff in the forwards, and Ivan Poole and Ross Barbour in the backs.

Kick-off is at 2.30pm in Coolmine RFC next Saturday February 1st.