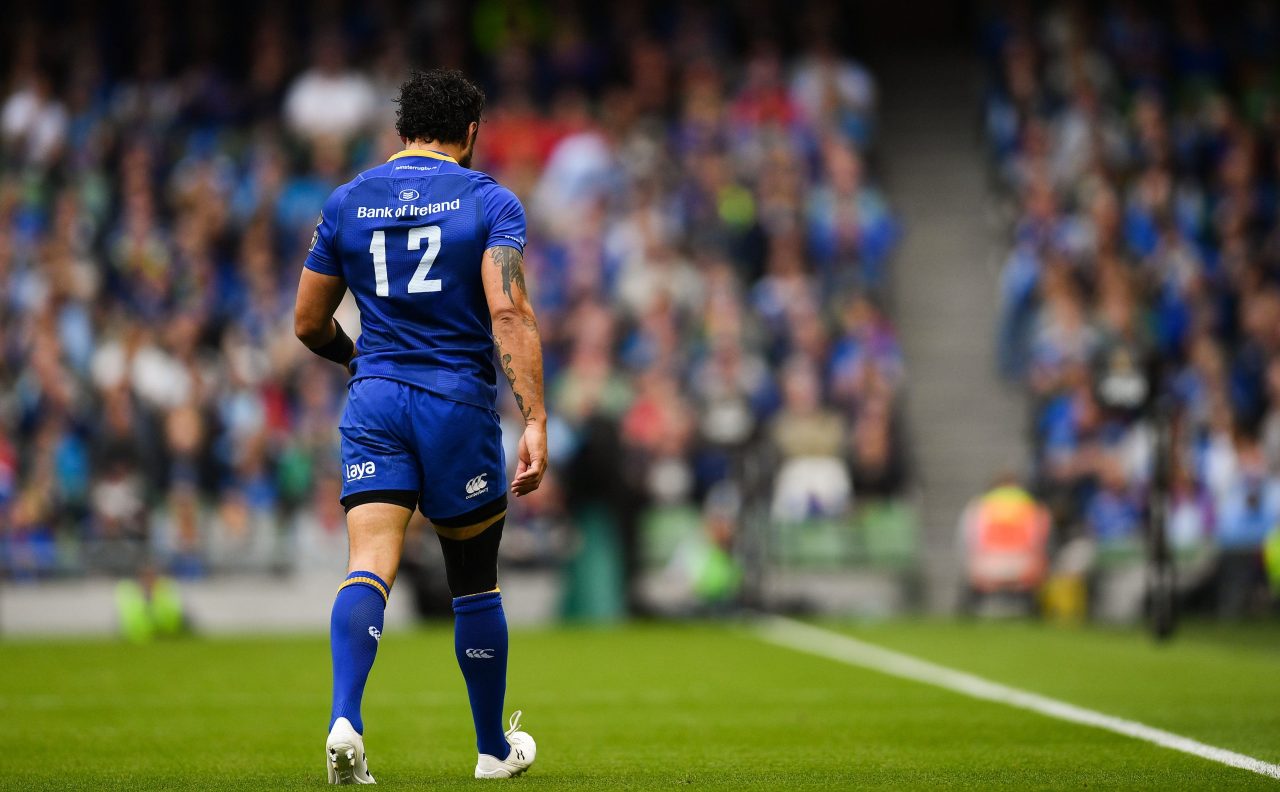 It should be easier second time ‘round, you would think, to write these words or to put some shape on what I am feeling as I head into the last few weeks of my time in Dublin.

I’ve done this before after all. Said my goodbyes, packed my things and headed home, not knowing what lay ahead but certainly with no immediate thoughts of a return to the blue jersey on the horizon.

But this is different. This is it.

There won’t be a timeout. Time out to recuperate and to rehab and to get the mind and body right before coming back for another go.

No. Not this time. This is it. This is goodbye.

I remember my first Leinster jersey. Worn in a pre-season friendly against Treviso in 2008 but my favourite Leinster jersey was green. It was a jersey we got when playing against the Queensland Reds a week later. 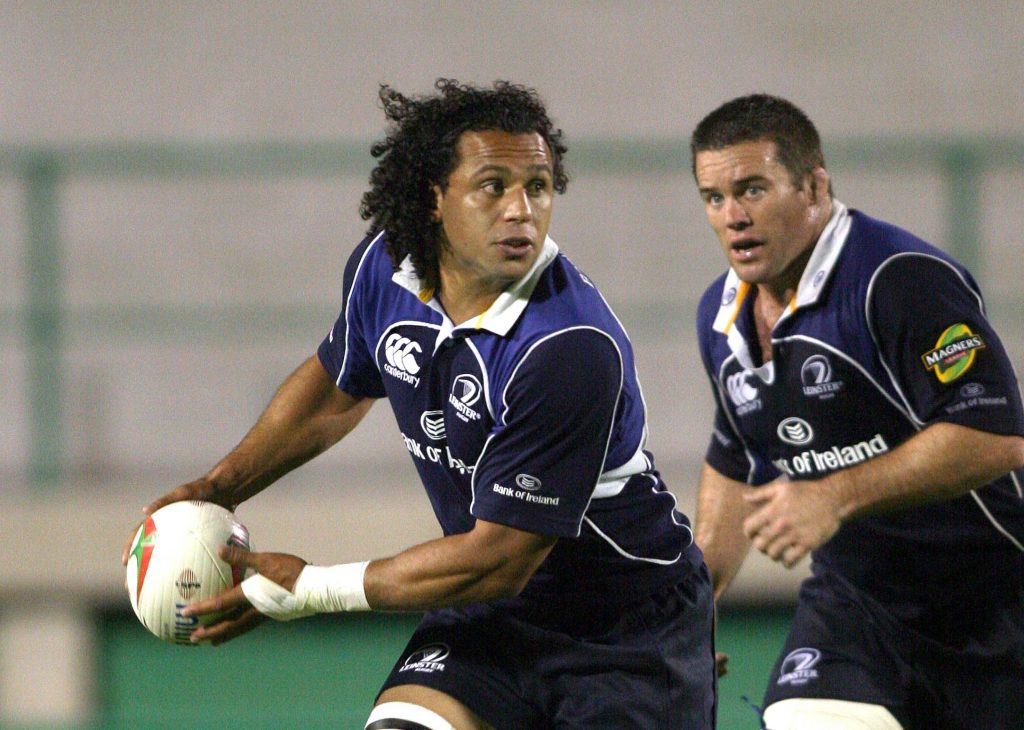 My favourite moment in a blue jersey though? Easy. Every time I got to lead that group of men out representing the 12 counties of Leinster.

And I have been very fortunate that I have had that honour bestowed upon me over the last few years and it has meant everything to me.

Bilbao and the Aviva Stadium.

You can’t write this script. You don’t choose the terms. It just happens. But I couldn’t have asked for two better occasions to see out my time in Leinster.

And then in between both was a win against Munster in the RDS. 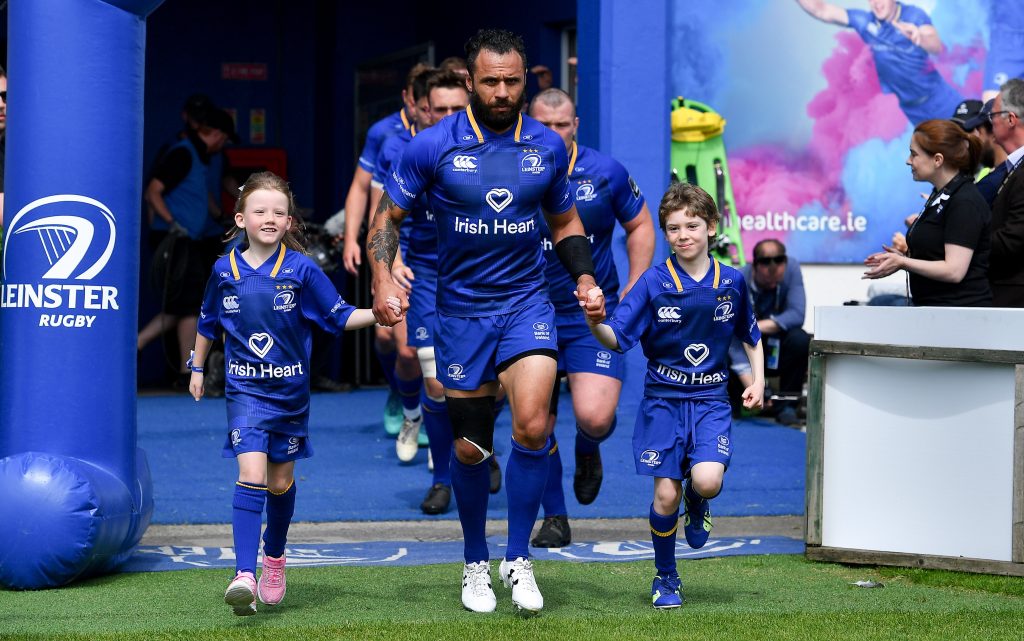 I won’t lie to you, I wasn’t in the best shape of my life in the lead up to that game but I was never missing it.

One last rumble against Munster – and in the RDS for once – and at stake, the chance to have one more week of footy. And we earned it against a very good Munster team.

I enjoyed every one of my last 40 minutes in the place we call home and I couldn’t have wished to play it out against any other team.

Thank you to everyone that made the place heave for one last time and then the ovation.

But this isn’t about me and never has been. It’s about Straussy. It’s about Jordi. It’s about Jamie. It’s about a group of 55 plus players that have done everything asked of them to get us to this point in the season.

It’s about us, the collective, and I was very proud to lead them out and to have them in one last RDS huddle in front of our supporters after the game.

I’ll miss that. Those moments with the brothers. 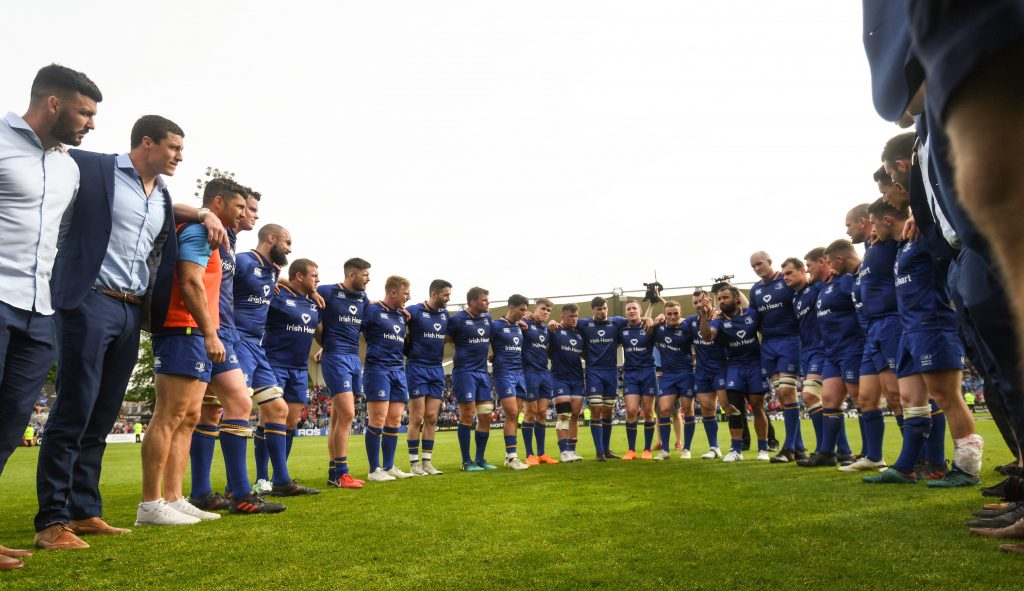 And of course I’ll miss the supporters. You have all stuck with me and with us.

Because there have to be down days, and there will again, but you are supporting a team and a group of players that are extremely proud of who and what they represent. 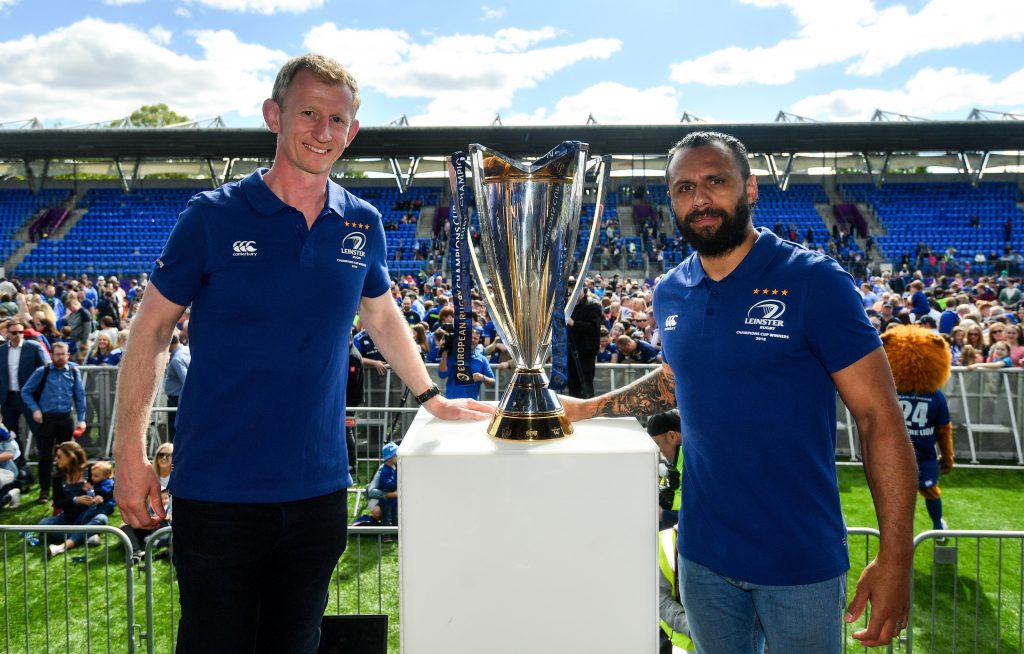 You are supporting a head coach in Leo Cullen that is Leinster Rugby.

Remember his own journey and remember what was said in his first season. He never sought the easy option and he never sought an excuse. He won’t take it but he deserves every plaudit.

He had faith in us and the plan. Next game. Focus on the next job. Let’s go to work. Let’s get better. That is Leo. Leinster Rugby is extremely lucky to have him.

I am delighted for Leo. But also for Stuart, for Fogs, for Girv and for Emmet. Men who have given their all for us as players and I thank them for everything they have given to me.

Thank you to all the coaches and the back room teams over the years. Looking to make us all better players every day.

Thank you to Matt O’Connor, to Jenno and a few others who took a punt on a retiree in Auckland.

To the medics, the physios, the masseurs. Time spent in each other’s company and often times them left to pick up the pieces after bad news has been delivered. Not easy. I owe them a lot.

You can’t write this script.

But having my Dad and brother in Bilbao for the Champions Cup Final was something very special.

Having them pitch-side and enjoying those moments post-match are memories that will last a lifetime. Memories they and I have because of Leinster Rugby and the brothers that got us over the line.

Thanks Dad, Mum and to everyone at home that have supported me on this journey from Auckland to the RDS and everywhere in between.

Who could have written this script when I left the Auckland Blues to start out with Leinster in 2008?

To Simone. Thank you for allowing me to chase this dream of four stars.

We have enjoyed the most wonderful experience living here in Dublin and seeing our four girls grow into the most beautiful little ladies. They have been shaped by their surroundings and will remember their time here and the friends that they have made. 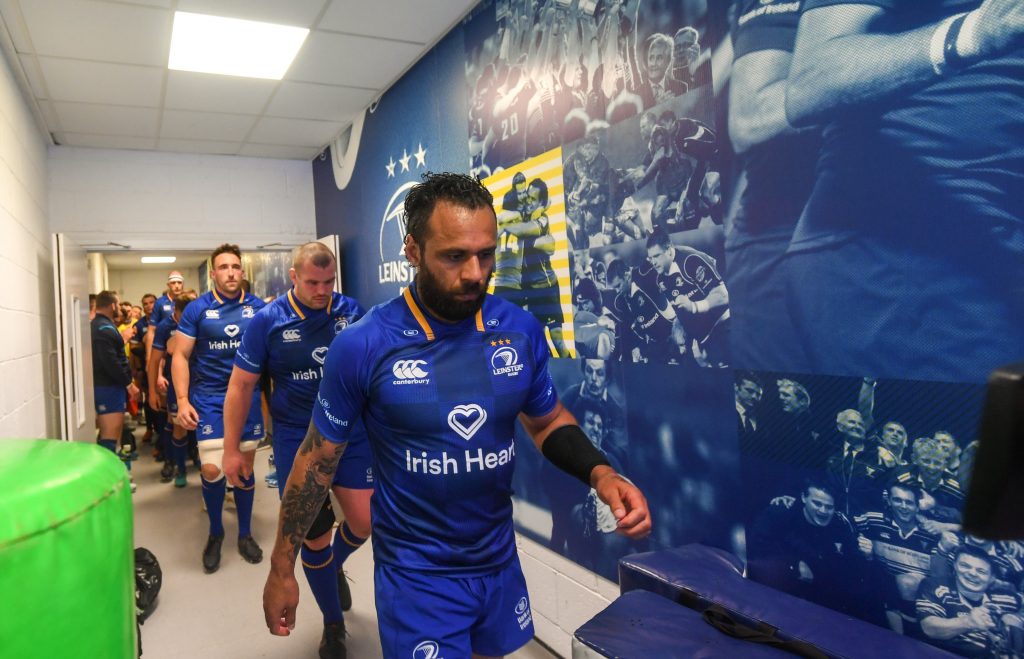 So, why are we leaving?

There is a sign in the RDS tunnel as you walk out that signifies what it means to pull on that jersey and it’s the last thing you see before you walk out into the cauldron of brilliant blue.

It says Ár mBaile, Ár Muintir which translates as Our Home, Our People.

And that’s where we are going. Back to our home and to our people.

But we will always remember Ár mBaile, Ár Muintir. 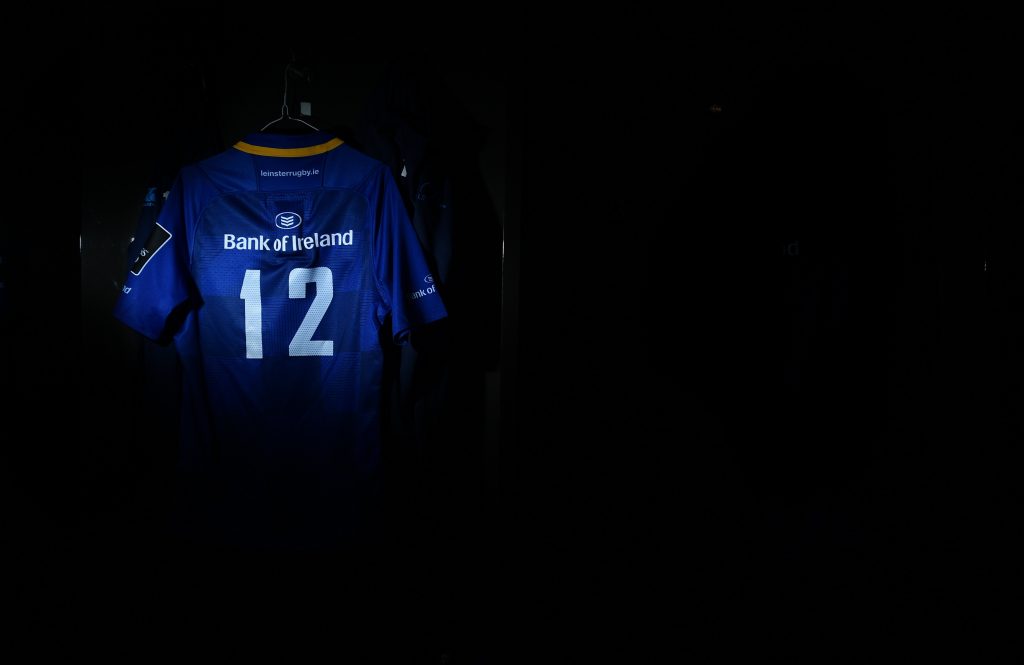