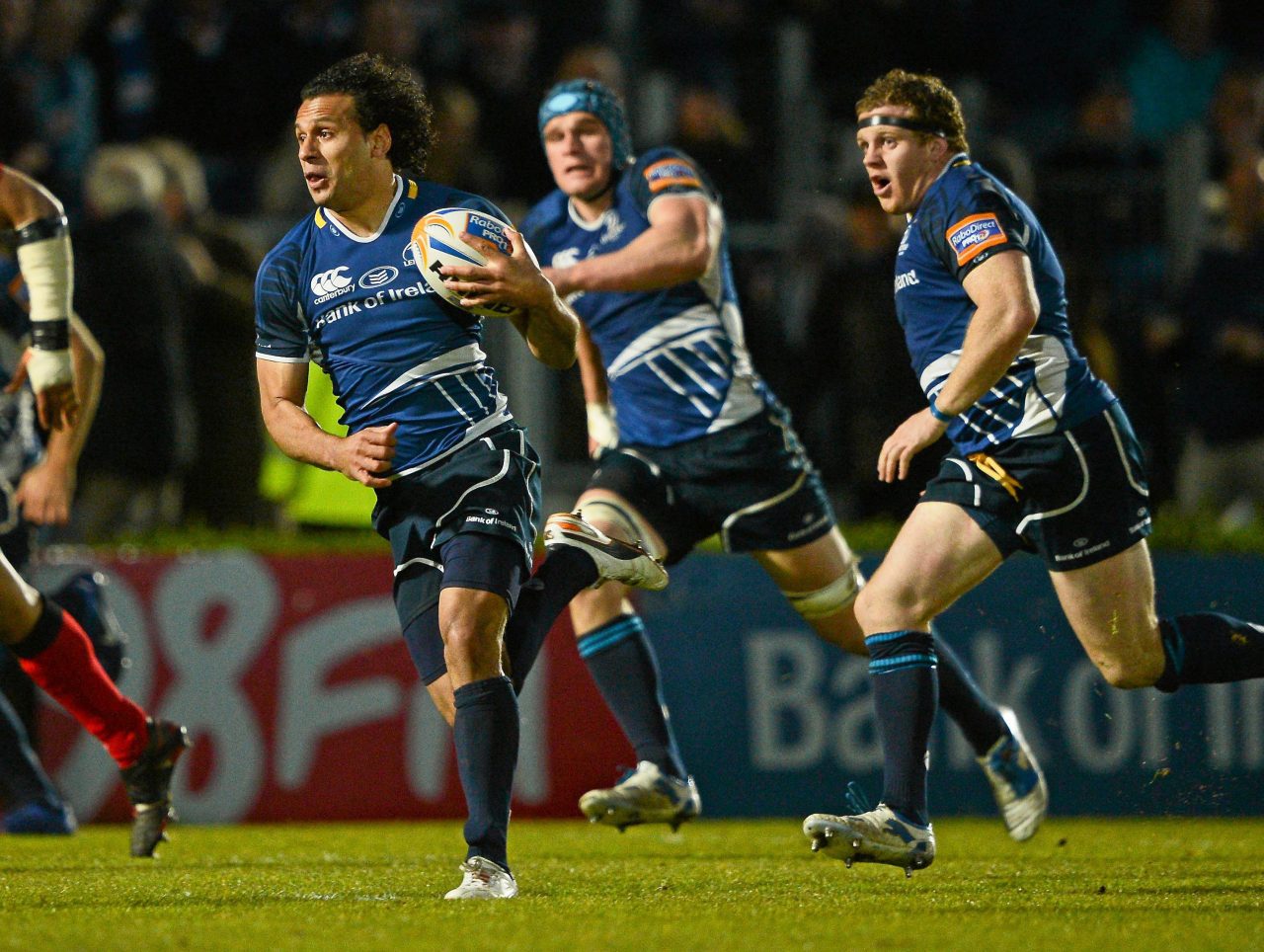 Leinster Rugby Head Coach Matt O’Connor has this morning confirmed the signing of Isa Nacewa who will join Leinster for the start of pre-season training ahead of the 2015/16 campaign. O’Connor also confirmed that Nacewa would be returning in a playing capacity only.

32-year-old Nacewa, is of course a former Leinster player and made a try scoring debut in September 2008 in a 16-16 draw away to the Cardiff Blues. In five seasons with Leinster Rugby the Fijian international made 126 appearances, scoring 24 tries en route to winning three Heineken Cup titles and a PRO12 title.

Welcoming the announcement, Matt O’Connor also gave some background to the decision while also confirming that Nacewa would be at Leinster in time for pre-season. “Isa will have an opportunity to speak for himself in due course but as soon as we became aware that he was keen on a return it was something that we have worked hard to get over the line.

“We mentioned a few weeks back how our resources will be tested during the World Cup window and to be able to bring in a top quality player who we know will contribute massively to the environment when the more experienced lads are away, is huge for us. When those guys are back, he’ll drive it even more. To have Isa return on the back of the news that Johnny is also coming back and Mick Kearney signing, it’s been a huge few weeks for us as we look to build for next season.”

O’Connor also addressed concerns around his lack of minutes on the field since retiring at the end of the 2012/13 season.

“He hasn’t played in a bit but he hasn’t been alien to a rugby environment either working with the Auckland Blues as a mental skills coach and he has really enjoyed his time there. He has kept himself in good shape and was always in regular contact with some of the lads here like Leo. But there is obviously still a feeling that he has unfinished business on the pitch and we are just delighted that he feels that it is with us.”

Talking to leinsterrugby.ie the returning fan favourite said, “Obviously, I’m very excited to be going back to Leinster. I spent five brilliant seasons there both on and off the pitch and while the decision to leave was right at the time, I also feel now that at 32 years I’ve still got something to give. If I didn’t grab this opportunity, there will always be a sense of ‘what if’.

“I am very grateful to John Kirwan and everyone at the Blues for the opportunity of working with them over the last two seasons. It’s not a decision Simone and I came to lightly, but we can’t wait to get back there and see what comes of it.

“I’ve had a number of chats with Matt obviously around my role but ultimately I just can’t wait to get back onto the pitch, training and playing and of course running out at a full RDS.”

O’Connor also confirmed that Leinster hoped to be in a position to confirm further renewals in the coming weeks.

“There is still a huge amount of work to be done off the pitch to ensure that we are best placed to challenge over the course of a full season next year. Over the next few weeks we hope to confirm the final players for next season and we hope to have news of possibly one or two more players coming in.”