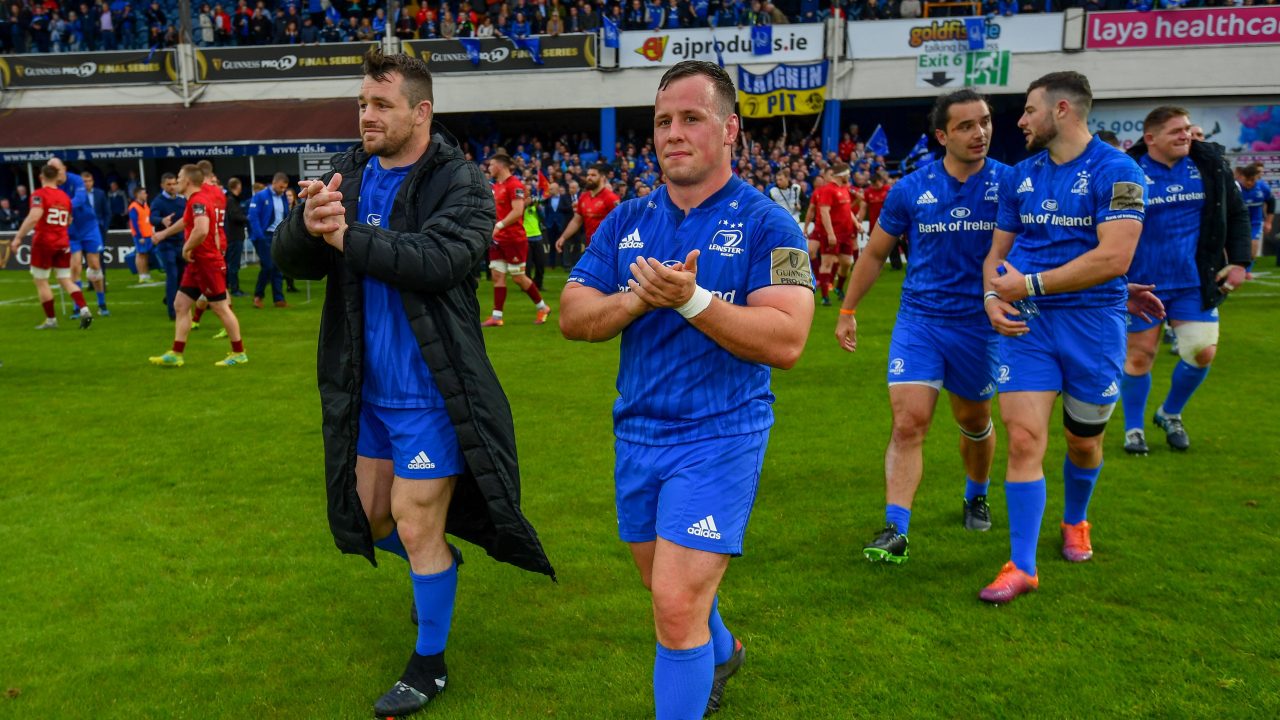 Last week as Leinster Rugby announced their new contracts ahead of the 2020/21 campaign, three senior players were also confirmed to be leaving the club.

One of those was hooker Bryan Byrne who departs for English Premiership side Bristol Bears after making 47 appearances for Leinster since his debut away to Glasgow Warriors in September 2014.

Byrne originally joined the Bears in February on loan but his stint was short-lived as COVID-19 swept across the globe halting all sporting activity.

After initially spending the first part of lockdown in Bristol, he returned to Dublin but has now made the trip back across the Irish Sea to rejoin his new teammates. And Byrne is hoping that this time, it won’t be so shortlived.

“I was only in training for about 10 days, I got there on the Friday and went in training,” he explains. “I was 24th man for the Bath game on the Sunday, played an A-League game against Harlequins on Monday and then played in the Premiership on that Sunday.”

“I was in Bristol for like 10 weeks and then I went back to Dublin for four weeks and now I’m back over here. But, it was a long old stint in Bristol for 10 weeks, I was living by myself for about eight of those weeks. It was a lot different to what I’m used to. 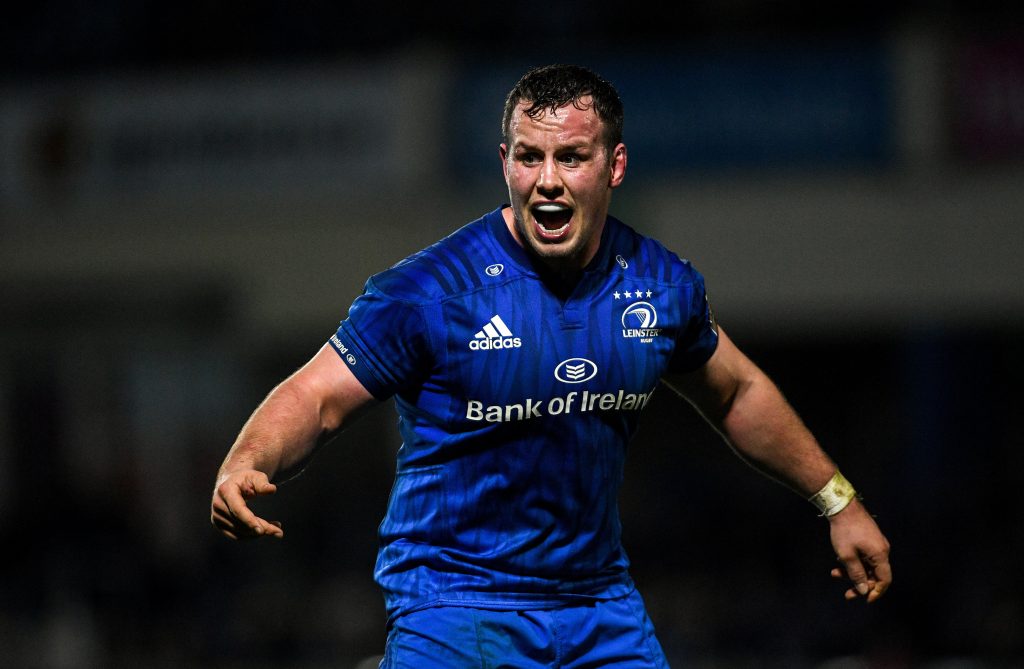 “When back in Dublin I had to isolate for a bit (due to Covid-19 travel restrictions), I stayed with my girlfriend for two weeks then moved back in with the lads after that, with Lukey (McGrath) and Ed.”

Having been joined at the hip with twin brother Ed for all of his life, Bryan couldn’t have predicted when heading to Bristol that they’d be back under the same roof again so soon.

But, in terms of highlights, having his brother alongside him in the dressing room or the scrum, is something that both of them will always remember.

“It’s a huge change. We’re obviously so used to being around each other. We even talk to each other so much at training and in around the place that the lads would be joking ‘what do you lads honestly have to say, you’re with each other the whole time’,” he laughs.

“So yeah, a huge change, I’ve always lived with him. We both know it’s going to be a lot different but I’m looking forward to the challenge.

“The longest we’ve been apart before lockdown was probably about 10 days. He went to Mexico or something with the missus I think but apart from that we’ve always kind of been going on the same holidays and going to the same places. We haven’t been apart too much.” 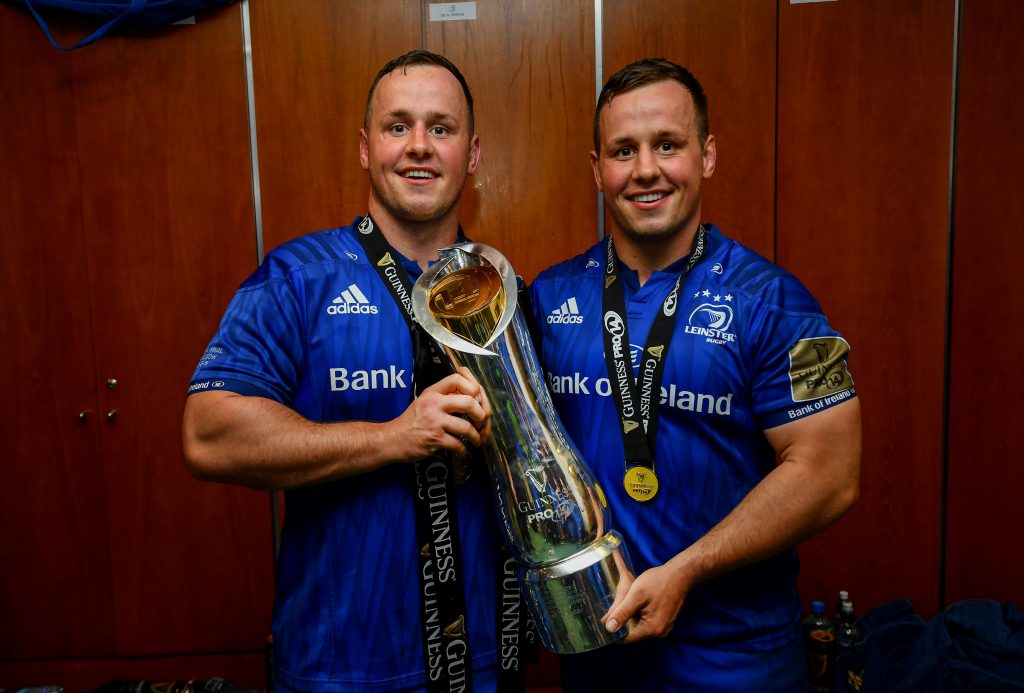 The bond between the two is so strong that one of Bryan’s most prominent memories in a Leinster Rugby shirt is actually an Ed try.

After six seasons playing in the Senior squad and excluding his debut, Bryan has two specific days that jump to the front of his mind when asked for some highlights in blue.

“Making the first cap against Glasgow away, that was a nice one even though we lost. It was nice just to get started.

“But two of the best memories I have would definitely be winning the PRO14 last year, trying to slog away to get into the main team for the big games. That was really sweet playing against Munster and then Glasgow.

“The second memory (pictured below) is probably an obscure one, the time Ed got back from injury, one of his first games back after 27 months, in the RDS, when he scored the try against Scarlets. That’s one that will live long in my memory for the rest of my days. When he scored, everyone got in around him and, where I was running from, I could see his face as he went over the line. I don’t think I’ve ever seen him smile like that, that was a special one as well.” 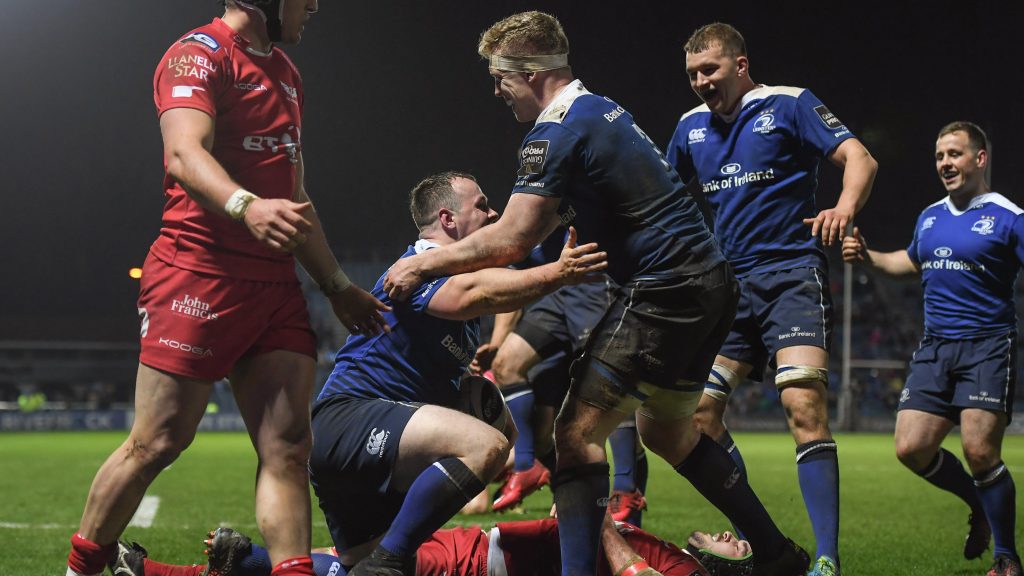 Byrne also had a special mention for the fans and what they bring to the club whether in the RDS Arena, Aviva Stadium or on the road in both the Guinness PRO14 and Champions Cup.

“I really want to thank the supporters who have been absolutely massive. When you’re running out by the Laighin Pit and it’s packed, having over 14,000 people there at every game shows that the support is incredible.

“The Aviva then is different gravy for the Champions Cup games, the Munster game. I was lucky enough to play in a few of them. The first time I did, I played against Munster in my first season starting up so 2014, I was shocked by the noise and the support that was there. 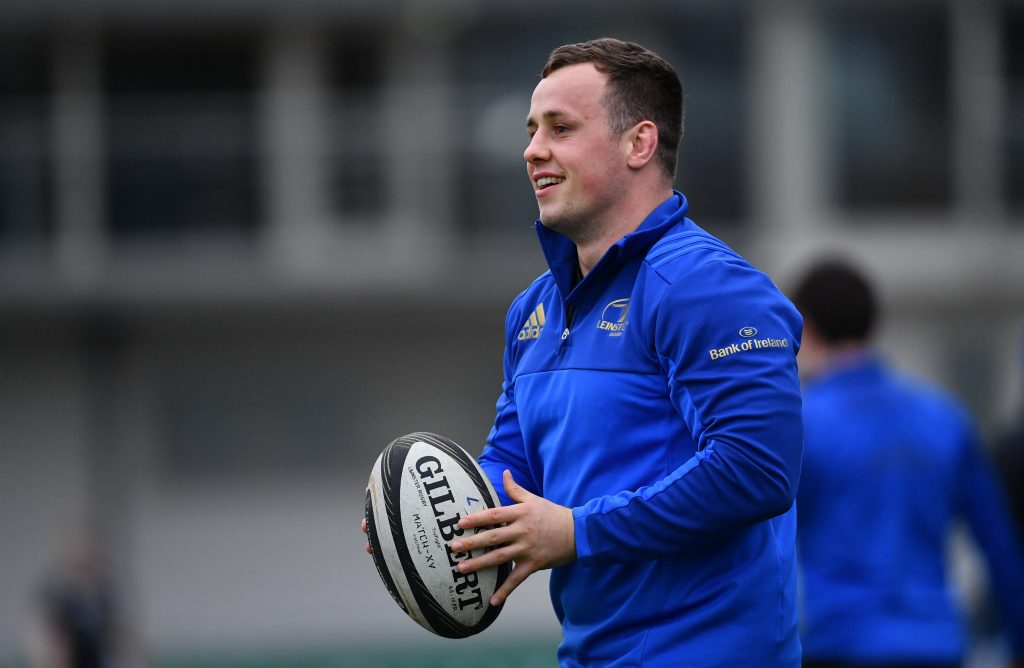 “I think anyone moving from Leinster would hope that the club they are moving to have half as decent support as Leinster do.”

Lastly, Byrne had a special mention for his, now, former Leinster teammates and all that they’ve added to his experience since first graduating from the Academy alongside brother Ed, Josh van der Flier, Dan Leavy and Cathal Marsh in 2015.

“I also want to express just how much the lads meant to me. The amount of texts I got, and when I was back in Dublin, the amount of people I met that genuinely care was really nice to see. Even when I put the message into the WhatsApp group to say that I was leaving, I was honestly shocked by the kind messages and the support that I got.

“And from the staff as well, Guy (Easterby), Leo (Cullen), Stuart (Lancaster) and Marcus (Ó Buachalla), they’ve all been on to me over the last few weeks. It’s class to see because you only know what they think of you when they actually say it. It was very nice of them all.

“The closer group of friends I have in Leinster, I probably shouldn’t name names in case I leave someone out but the support they’ve given me, even when I wasn’t sure what I was doing and in a tough spot, they showed their true colours by really supporting me and looking out for me. When I was in Bristol for the 10 weeks of lockdown, it got long towards the end and a few lads really went out of their way to keep me involved and show they were thinking of me.”