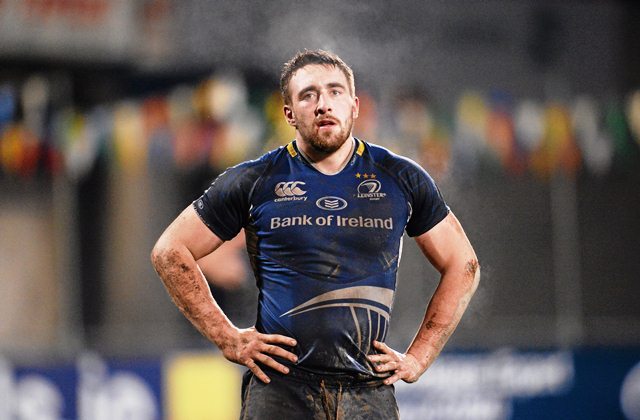 The Leinster team to face the Cardiff Blues in tomorrow evening’s RaboDirect PRO12 clash in the Arms Park (KO: 8.05pm) has been named.

With players once again unavailable due to Irish commitments this weekend against England, Coach Matt O’Connor has made wholesale changes to his pack and a number of changes to his backline.

Most notably both Richardt Strauss and Luke Fitzgerald return from injury and are both named to start, albeit that Fitzgerald will again be assessed ahead of the game in Cardiff.

Following on from last weekend’s forward display, Leinster will be hoping for more of the same but from a completely new front eight. Michael Bent, Strauss and Tadhg Furlong make up the front row with Tom Denton and Quinn Roux selected in the second row. Bent will win his 25th Leinster cap at the Arms Park.

In the back row Kevin McLaughlin captains the side from 6, with Academy player and Ireland Under-20s capped Jack Conan selected at 8 for his first Leinster senior start. Dominic Ryan starts at 7 after impressing off the bench last weekend against the Dragons.

In the backs Noel Reid and Brendan Macken get another outing at centre with this the third game in a row that they have started alongside each other. Zane Kirchner continues at full back with Darragh Fanning once again selected on the wing but switching to the right to accommodate Fitzgerald on the left. Should Fitzgerald not be cleared to play Sam Coghlan-Murray will start in his stead.

At half back Eoin Reddan is again selected at scrum half having fully recovered from a calf injury with Jimmy Gopperth selected at 10.

In the corresponding fixture last September Leinster won but were made to work very hard for it in front of a packed RDS, winning 34-20 in the end with tries from Sean Cronin, Dominic Ryan, Ian Madigan and a penalty try.

The Official Leinster Supporters Club (OLSC) can confirm the following international coverage of the game this week.

Our bases in London (Philomena’s of Covent Garden) and Dubai (McGettigans) will be showing the game LIVE.

See our Blue Planet guide for rugby friendly venues who show games in over 50 cities around the world (we recommend calling ahead to check) here.