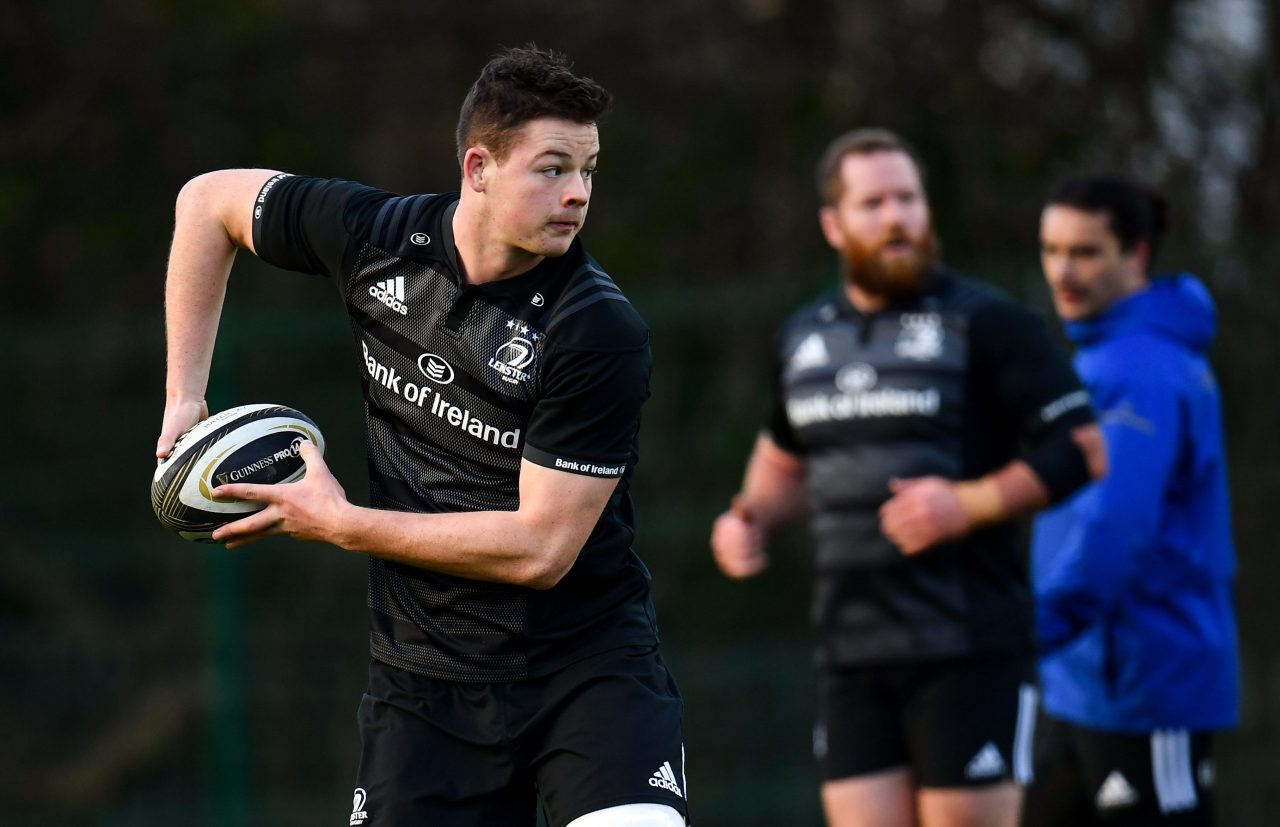 Ahead of his potential debut off the bench tomorrow in the RDS Arena against the Scarlets, we look back on an interview we published in the recent Ulster match day programme with Academy forward Jack Dunne…

He, literally, had his choice of any and all high-end courses in Ireland on maximising his leaving certificate at St Michael’s College. 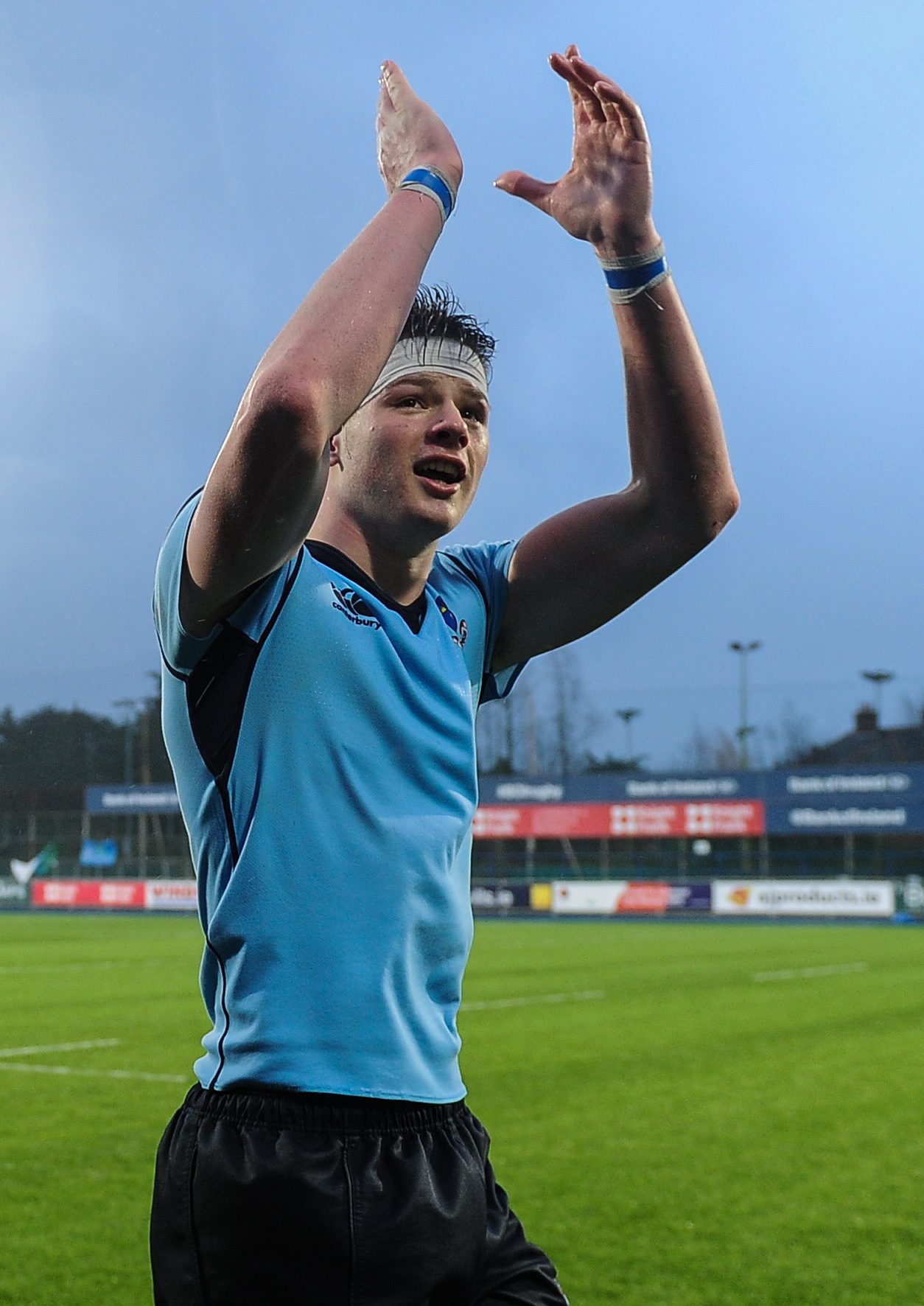 In fact, you have to wonder why the student of Theoretical Physics, a four-year degree at Trinity College, would put himself through the strain and the pain of working towards becoming a professional player when a path has already been mapped out.

“It is basically physics with loads and loads of maths,” he says.

“When I was choosing what course I was going to do, I thought about business. In the end, I didn’t find it interesting. I always found physics interesting, spending time on youtube watching random stuff, like black holes and the likes.”

The mathematical gene was passed on from his Dad Joe, who studied the subject. Mum Olwyn, currently involved in organising the Women’s mini-marathon, steered more towards languages. Younger brothers Luke and Max are still in school.

“They have always been supportive of what I want to do. They back me,” he said, about his parents’ reaction to put rugby first.

The fine balance between the competing demands of a rugby apprenticeship in the Leinster Academy and Theoretical Physics has been struck, so far.

“I have managed to do all my modules, so far. Maybe, for my last year, I might split them. It is worth the most academically. It is tough staying on top of all the things.

“The rugby is more important to me than the degree. I will be putting my main emphasis on it, especially in my third year in the Academy.” 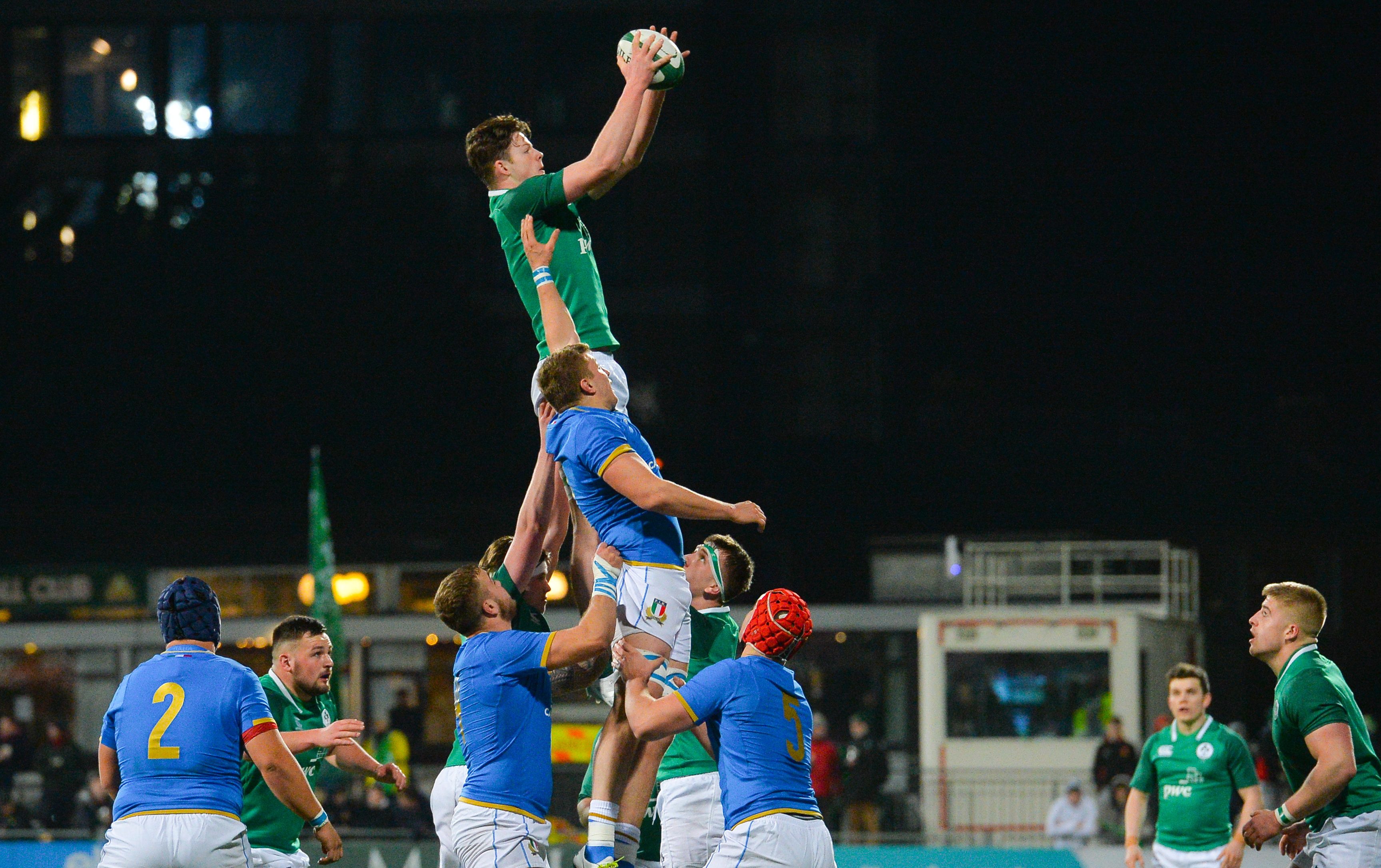 So we know why physics. But why rugby?

“It is much more fun than studying the books! I enjoy the rugby more so. We’ll go with that.

“I don’t know why. I love the energy of it and the highs that come with it. The lows aren’t great, but they are part of it too.”

Dunne is in representative limbo land, at the moment, in that he is just out of the Ireland U20s Age Grade system and the Celtic Cup has ended for Leinster ‘A’.

The next possible hit out for Leinster ‘A’ could come in January against Ulster, leaving Dunne to concentrate on playing for Trinity in Division 1A of the All-Ireland League.

This is where he works with legendary forwards coach Hugh Maguire and Director of Rugby Tony Smeeth in what has been a surprisingly successful season with a 50% return of four wins and one draw from the opening nine rounds.

“I think we have learned we can put it up to the bigger teams. Previously, Trinity were able to beat the lower-end clubs,” said Dunne.

“We beat Clontarf recently and did well against Lansdowne, except for their scrum where they squeezed penalties out of us.” 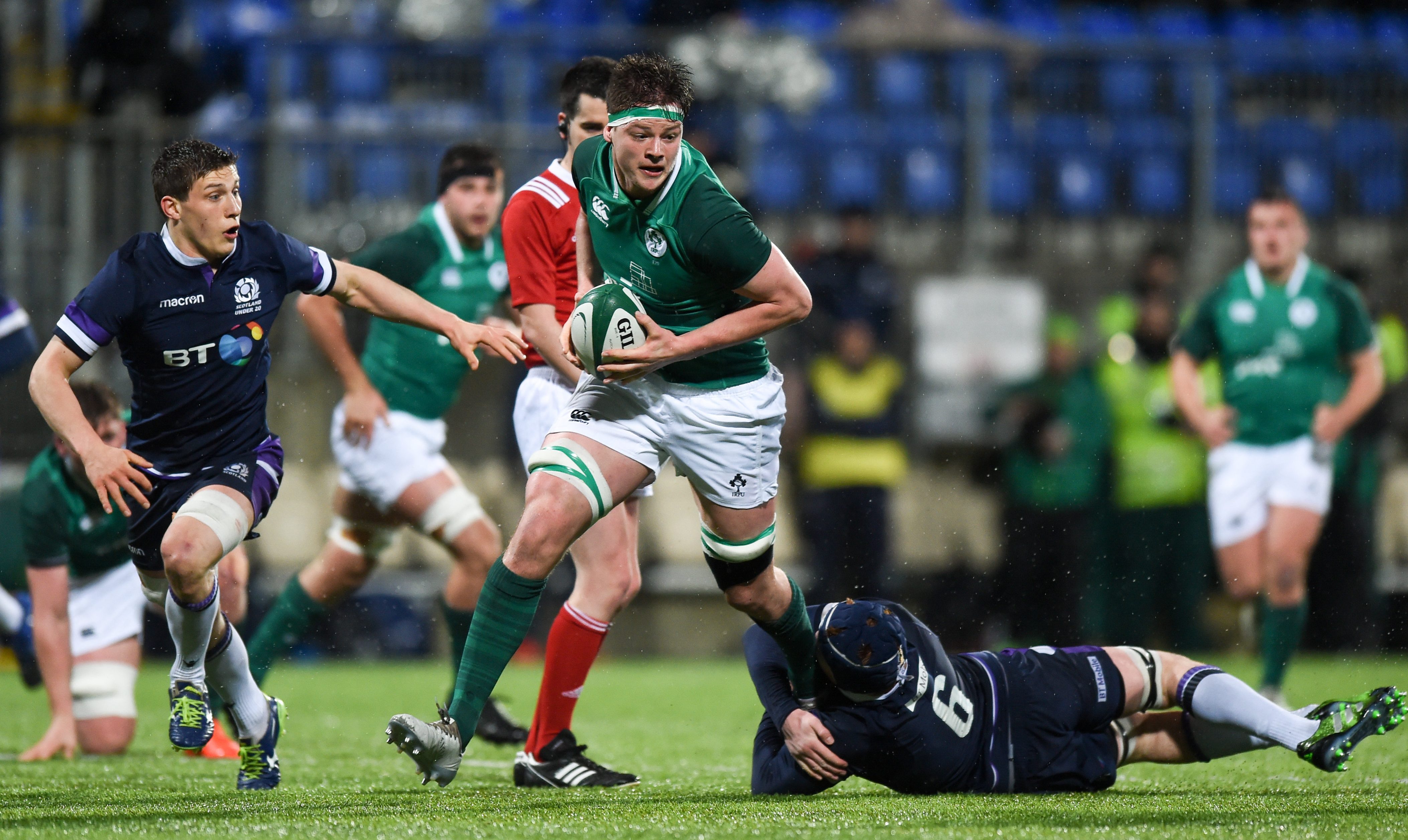 It is a learning environment in which Dunne has come across many relatively old heads with the odd trick up their sleeves.

“Take Lansdowne, for instance, you are playing against men, who have already played professionally and have maybe hung up their boots, but bring back that experience.”

His professional life began in the Sub-Academy last season where 6’7” Dunne lifted, pushed, squatted on eight kilos to come up to 115kilos, heavy enough to compete at second row.

“I think they give most people just the year there because it is a big step moving from school to senior rugby. It is a year focussing on gym and there is skills development as well. 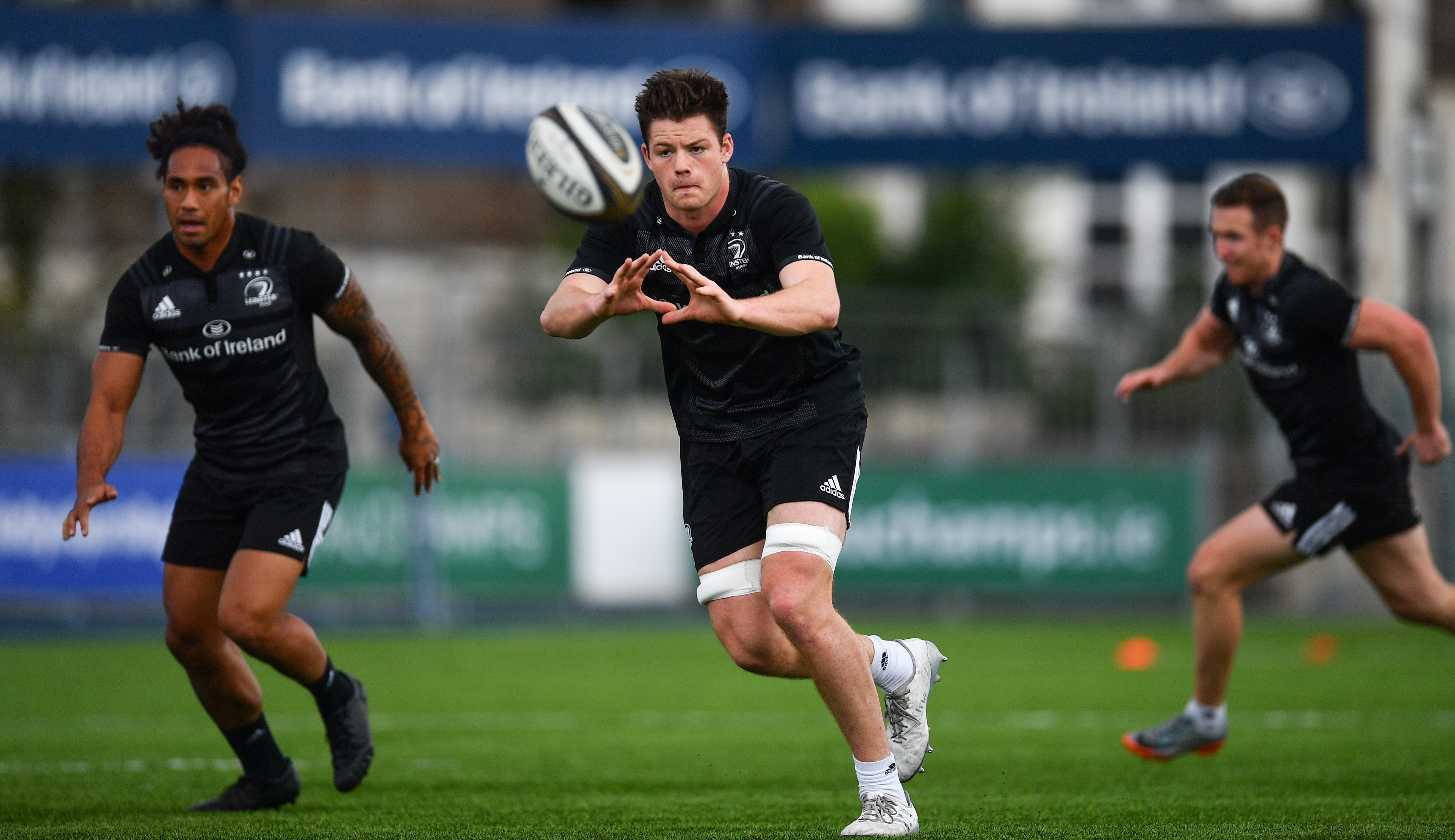 Dunne is the fourth ex-St Michael’s second row on the Leinster books behind James Ryan, Ross Molony and Oisín Dowling. He will take what he can from all of them without seeing any as a role model.

“I played with James in school and Oisín was a year ahead of me as well. I would be good friends with them and I am getting to know Ross, a good guy. I try to learn from all of them. I am just trying to be my own player really.”

Rugby has become a quasi-academic pursuit in that it is based on learning, reviewing, analysing.

“You kind of learn pretty quickly, you need to do your homework on the other team. Otherwise, they will have an edge on you. The two of them tie in together,” he states.

Of course, Iain Henderson is something of a mathematical whizz which is beneficial in calling the line-out. It is a part of the game that can become complicated but only if you let it.

“You see, it’s kind of pretty structured so if you get your head around the basics, the rest adds up. It’s not too hard. If you learn it off, there’s nothing anyone wouldn’t understand. The trick then is putting that into practice with all the pressures that come on match day and that’s what sets the good out from the great.” 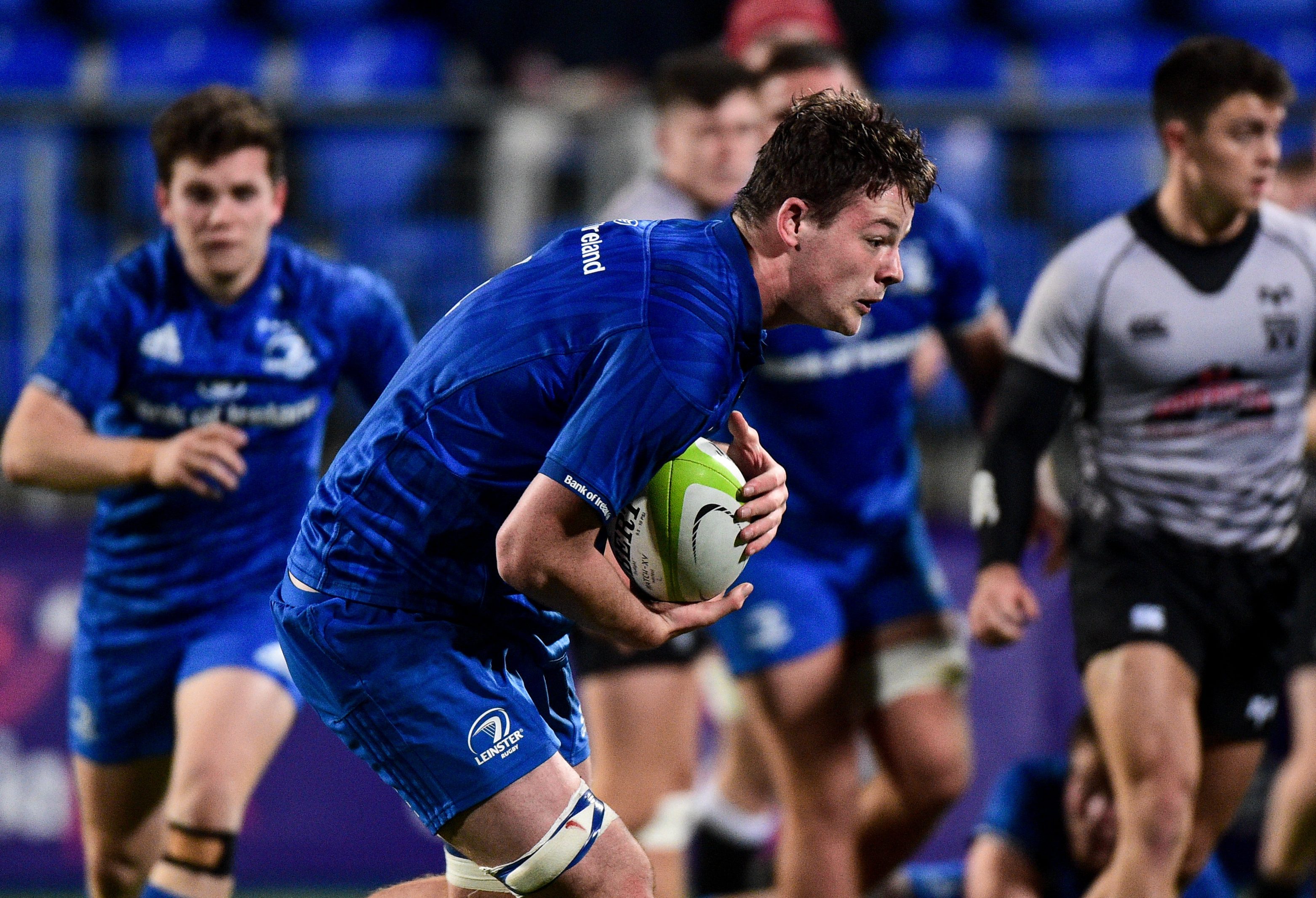 Line-out calling is an ace Dunne is developing to go with his natural strengths at the ruck and in the carry.

“You start with where abouts you are on the field. You would have a plan as to what line-outs I am going to call in each position.

“You are not going through a list of 100 calls in your head. You would have three or four. You see what the opposition are doing and you make your call based off that.

“If the backs are attacking and they want to get to an edge, you might have to consider how it is safer at the front, but it might help them if we go towards the back.

“At the end of the day, the most important thing is to win the ball. That comes down to who you are playing and what your pre-game analysis has revealed.” 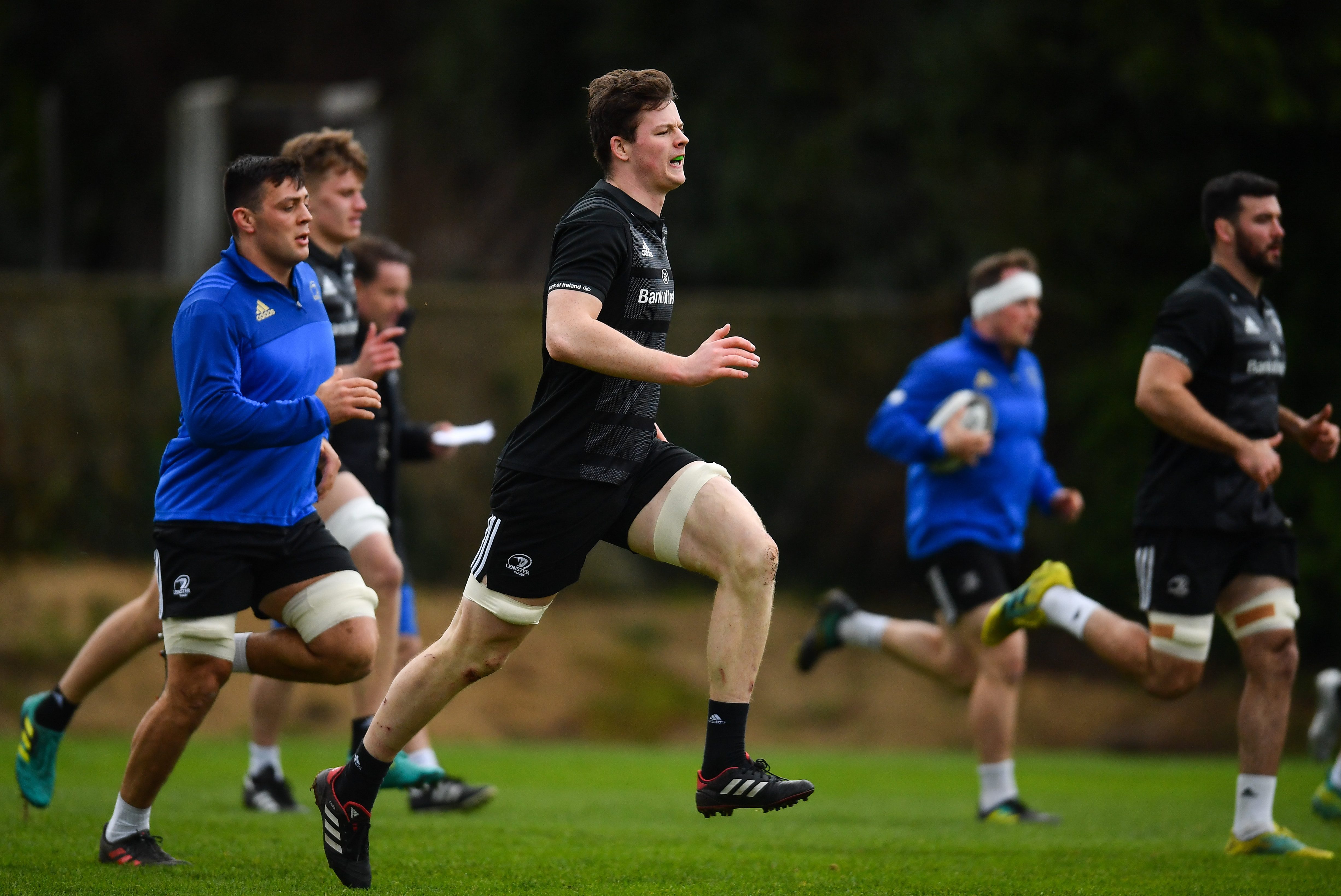 The increasing trend towards goal-setting is not one Dunne has dipped into, preferring to let his work lead him where the coaches determine.

“I don’t really like doing that. It is great to say, ‘I’m going to do this or that.’ The reality is life throws a hundred different things at you, and you have to take some steps proactively.

“But, a lot of it is reacting to what happens.”