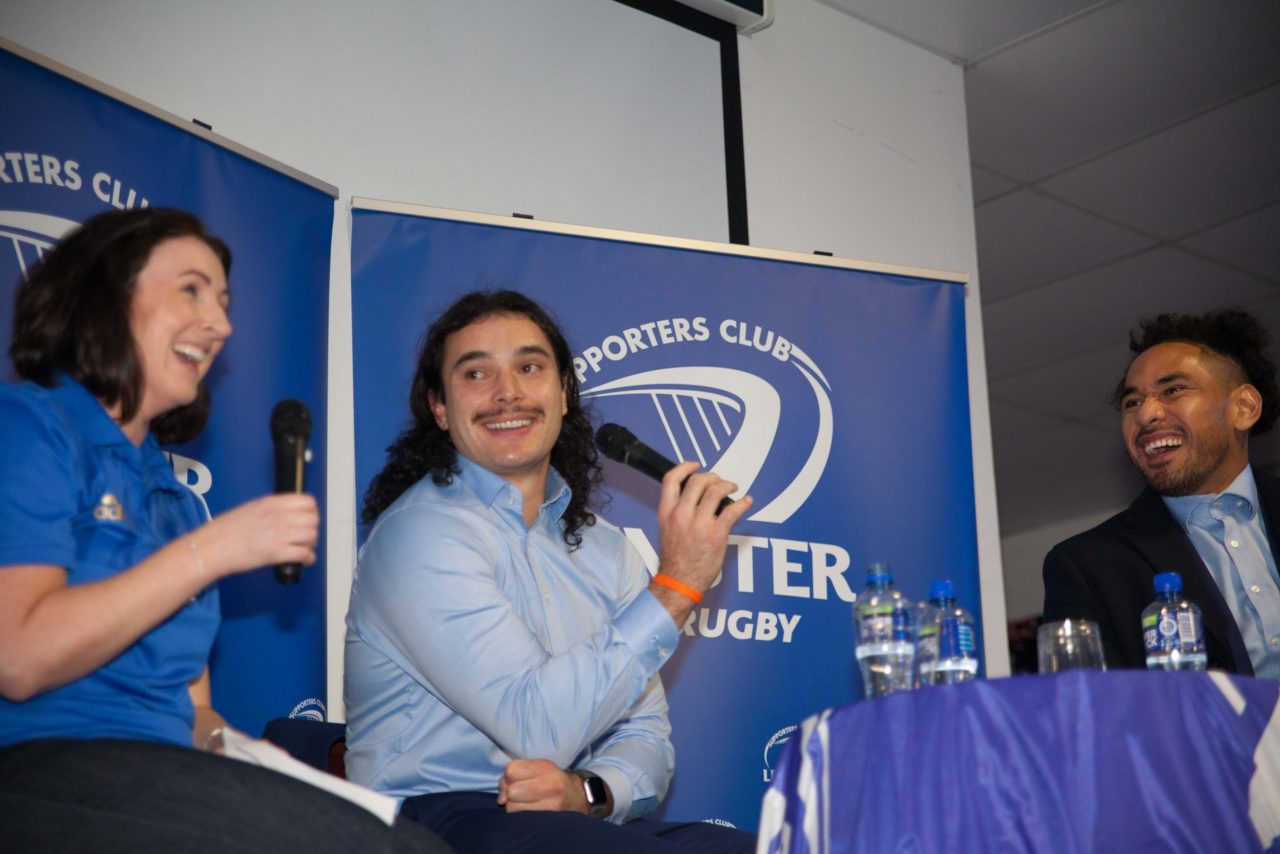 It was extra special for James Lowe, who played wing on the night, as his proud parents Geoff and Yvonne were present to see James play and learn how their son has adapted to life at Leinster.

Australian rugby international Joe Tomane, although recovering from a hamstring injury, was more than happy to come and meet the supporters on the night also. It was clear on the night that James and Joe are big characters in the team during match week and the build-up to games.

A range of topics were covered on the night including the importance of this week’s Champions Cup match at Aviva Stadium, who were the worst and best teammates to room with, who has the most annoying habits and team nicknames. According to Joe , James has many nicknames for many people at Leinster Rugby. We’ll just leave that there.

The players noted that Leinster are entering a crucial period of the season with ten games in as many weeks. Both stressed the importance of these games and applauded the role of supporters being the 24th man on match days, something they emphasised was much valued and appreciated by the Leinster squad.

The OLSC would like to thank James and Joe for joining us in the Laighin Out and wish them the best over the coming weeks.

A selection of photos from the night can be viewed here.

Keep an eye on olsc.ie for news of the next Q&A with Leinster Rugby players which will take place in the Laighin Out after the Ulster match on 5 January 2019.