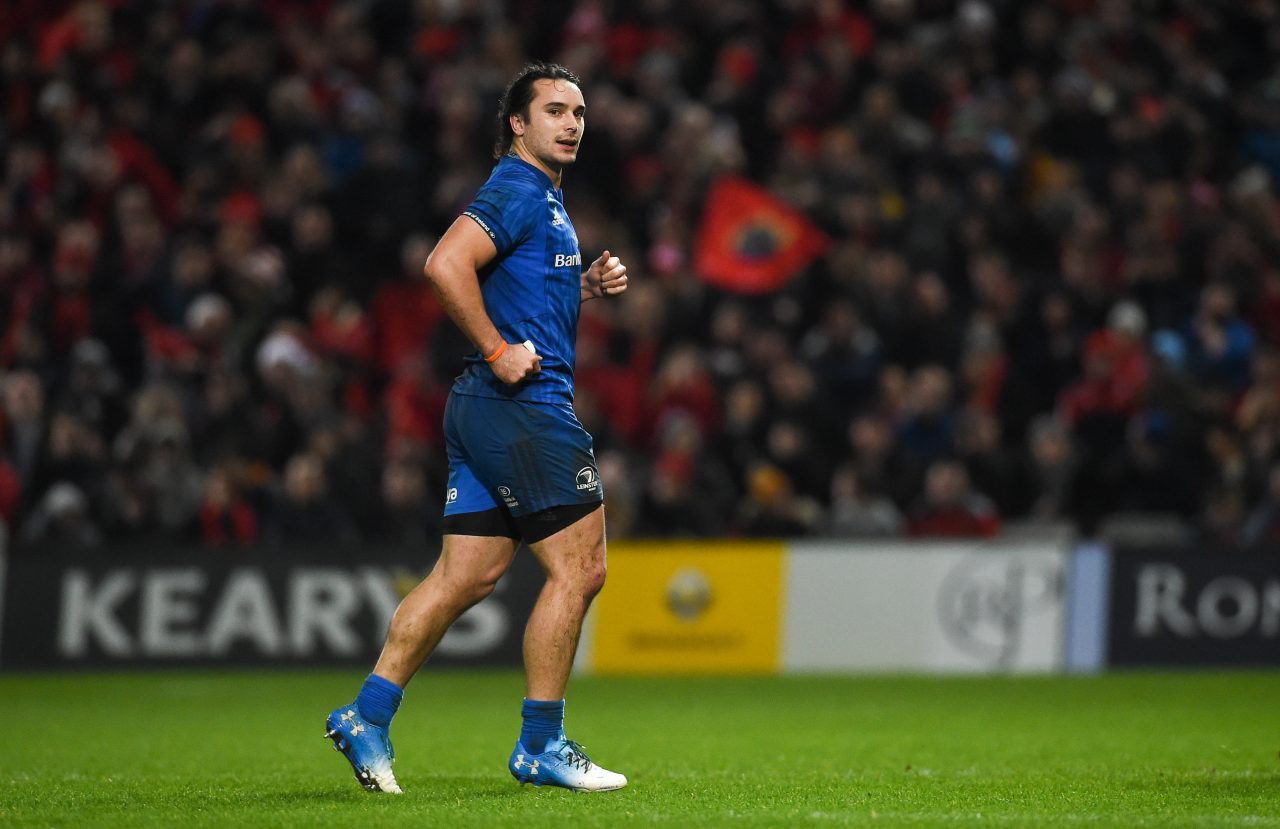 James Lowe faced a Disciplinary Hearing today via video conference and has been banned for two weeks.

A Disciplinary Committee met in Neath (Wales) to consider the red-card decision against Lowe (No 11) of Leinster Rugby which occurred against Munster Rugby on Saturday, 29 December 2018.

The player was shown a red card by referee Frank Murphy under Law 9.17 – A player must not tackle, charge, pull, push or grasp an opponent whose feet are off the ground.

The incident occurred in the 32nd minute of the Guinness PRO14 Round 12 fixture at Thomond Park where the referee deemed the player to have committed an act of foul play against an opponent (No 14, Andrew Conway).

The player accepted that he had committed an act of foul play and that his actions warranted a red card.

The Disciplinary Committee, comprising of Roger Morris (Chair), Ray Wilton and Rhian Williams (all Wales), concluded that the player had committed an act of foul play, that the act of foul play warranted a red card and so the referee’s decision to issue the red card was not wrong.

The Committee deemed the act warranted a low-end entry point of four weeks, which was reduced by 50 per cent due to the player’s clean disciplinary record and the conduct of the player and his club throughout the process.

The Committee, therefore, banned the player for a period of two weeks meaning that he is free to play from midnight on Sunday, 13 January.