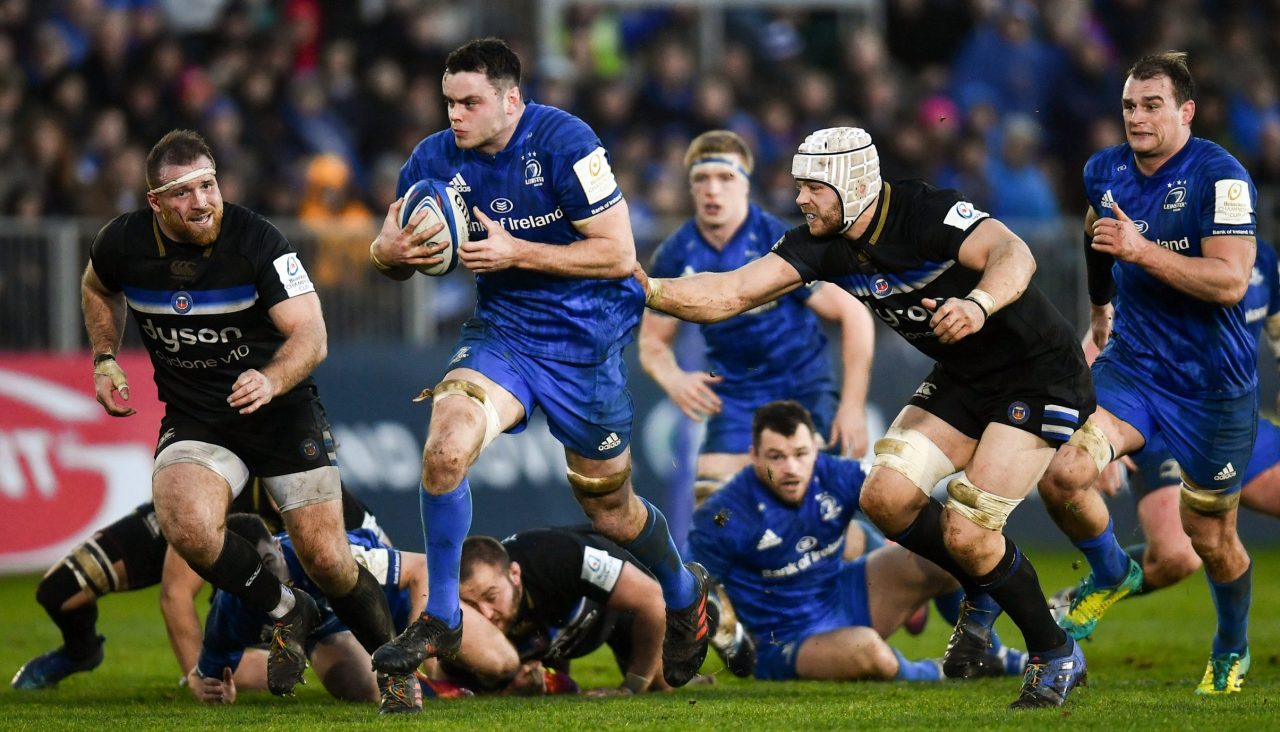 James Ryan picked up the Heineken Man of the Match award on Saturday as Leinster Rugby battled to a 17-10 victory over Bath at The Rec.

The second-row was his usual physical self in a game that was hampered by tough conditions.

“In fairness to Bath, they were ultra-physical, especially in the first half, and we probably let ourselves down a bit in that area.”

Despite the win, Ryan still believes that there are areas that the team will be looking to improve on.

He also credited the travelling support with playing a huge role in the performance.

“We’re pretty happy, we got some good drives there, scoring that maul try and the scrum was pretty good too. While we’re happy with a couple of areas, there’s definitely a lot of improvement that we need.

“It’ll be another tough one in the Aviva next week. The travelling support today has been immense and, hopefully, we’ll get a full Aviva too.”