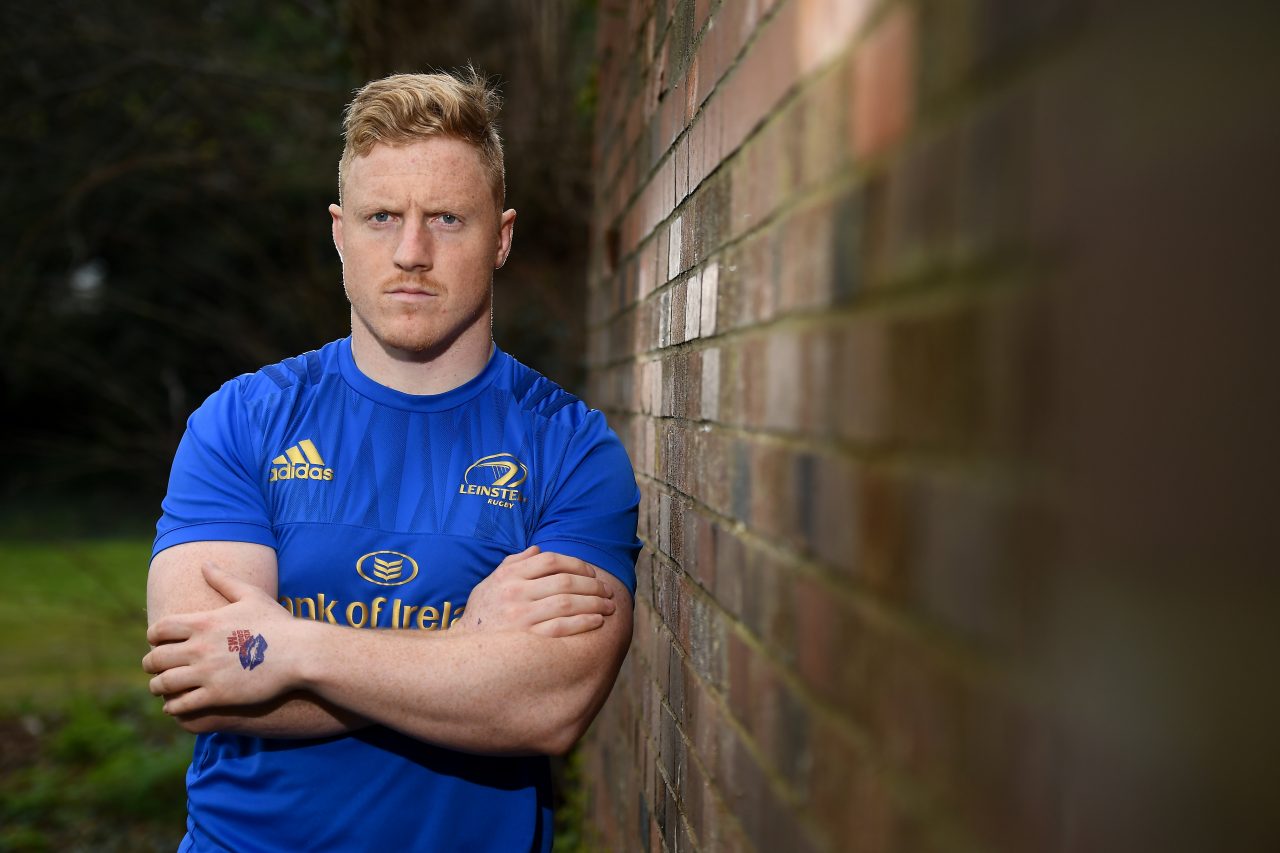 Ahead of the Heineken Champions Cup Final, James Tracy sat down with The42 to talk about his support of Leinster Rugby charity partner MS Ireland, a cause that is particularly close to the Kildare man’s heart.

Last week, James was recognised for his work with MS Ireland, among other charitable causes, when he was named as one of three nominees, along with Rhys Ruddock and Ulster’s Darren Cave, for the Irish Rugby Players’ Medal for Excellence award.

“It’s an honour to be put forward for the award but it’s not really about awards,” James told The42’s Ryan Bailey.

“Anyone would do it when you’re in this position and it’s so close to home. It’s just what you do.”

In 2015, James’ sister, Sara-Jane, was diagnosed with multiple sclerosis, a disease of the brain and spinal cord.

Nine-thousand people and their families live with multiple sclerosis across Ireland, with Multiple Sclerosis Ireland providing information, support and advocacy services to people with MS, their families and carers.

“When it’s close to home, it makes you a lot more passionate about it. It opened my eyes to it and I wanted to just get involved and give a bit of time to those who need it.

“Until your family is hit with adversity, we take everything for granted. Our eyes, our hands, our nose, everything. My sister ended up losing her kidneys through the disease she got from a drug that was meant to suppress her MS. That has actually been a bigger struggle for her then the MS itself. Battling that disease.

“Rugby players are privileged in a lot of ways and one of those privileges is that people are more likely to listen to you and you can have an effect on the world in small and big ways.

To hear more from James on his work supporting MS Ireland, volunteering with Feed Our Homeless with his Leinster teammates, and the Champions Cup Final, read the full interview at The42.ie.