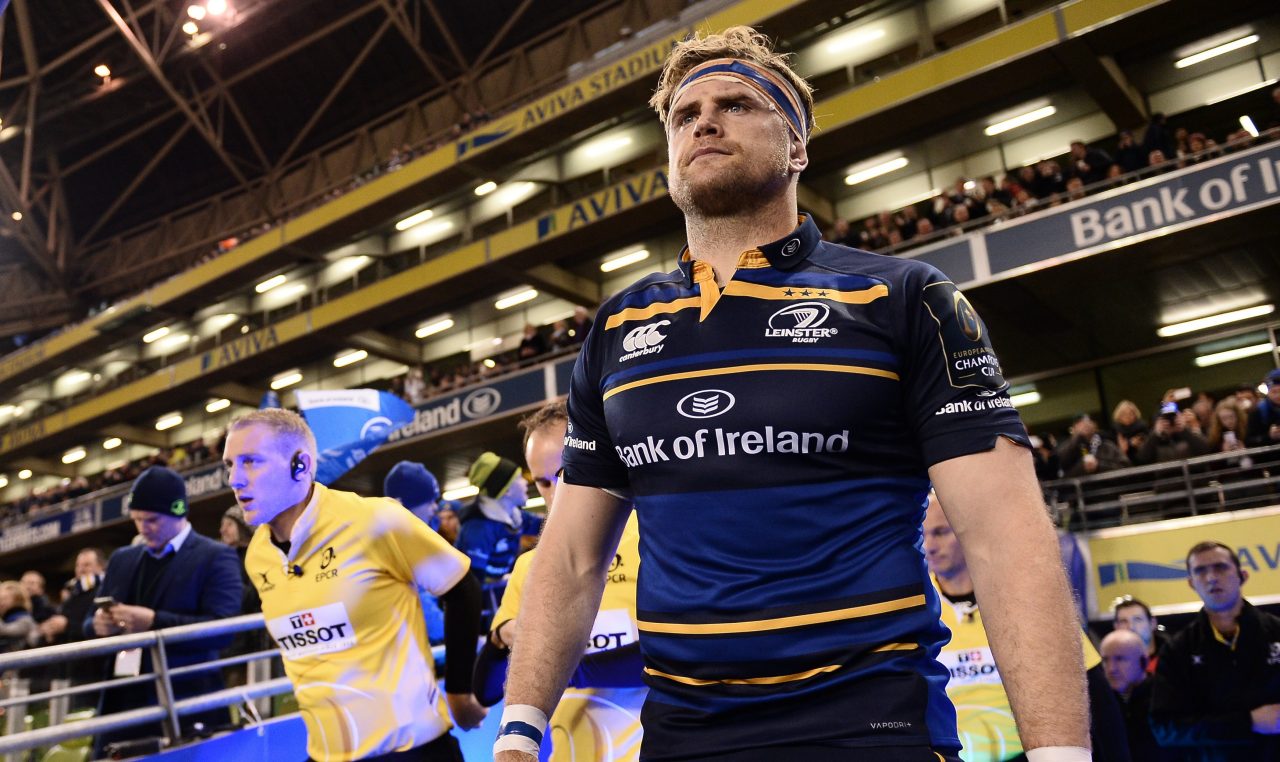 Supporters are encouraged to get to their seats early at Aviva Stadium on Sunday ahead of Leinster Rugby’s Champions Cup Quarter-Final against Saracens to pay tribute to Jamie Heaslip before kick-off.

Heaslip will be honoured at Aviva Stadium, with a special presentation on the pitch from the Official Leinster Supporters Club.

Heaslip’s retirement from rugby was announced last month following a career which saw him play 229 times for Leinster, 95 times for Ireland and make five Test match appearances for the British & Irish Lions.

Speaking to leinsterrugby.ie last month, Heaslip said: “A lot of players unfortunately don’t get the opportunity to bow out on their own terms but thankfully having taken my time and after medical advice and consultation with my wife and close family, I have taken this decision with my future well-being in mind.

“Since my rugby journey began pulling on a jersey in Naas, to Newbridge College and Dublin University, all I’ve ever wanted was to represent Leinster but I’ve been lucky enough to exceed even my own wildest dreams with a career that I am hugely proud of with Leinster, Ireland and with the British & Irish Lions.

“To the Leinster, Ireland and Lions supporters. We’ve enjoyed some incredible highs together, and indeed some lows, but it was an honour to represent you all and I hope that I have left all three jerseys in a better place.”