Jennings: This is a massive week for everyone 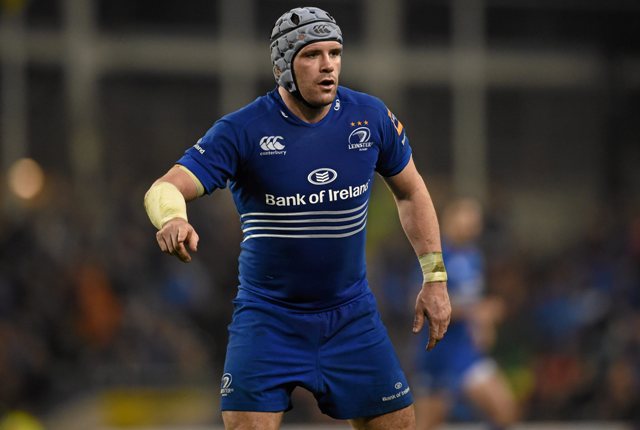 For Shane Jennings, good preparation ahead of the Heineken Cup Quarter-final against Toulon is key.

Going in to the match with a clear strategy and gameplan that has been drilled into the minds in the previous week is vital because then, come kickoff, it’s all second nature. In an ideal world, before you have time to think, you are reacting and carrying out the performance you prepared in the days and weeks coming up to the match.

While preparing your strategy is vital, Jennings believes being strong and physical against a powerful Toulon team is just as important and the match against Munster on Saturday was the perfect preparation.

“(Toulon) is a massive test for everybody: staff, coaches, everybody involved. It’s going to be a test as a group of men. As much as you want to get patterns in place and you want to get your strategy on the pitch, it’s going to be a physical encounter and we’ve got to prepare for that. Last week was a good step in that direction; it was a very tough game against Munster. We’ve got to understand that’s what it’s going to take to get across the line. If we can marry that with accuracy and putting our patterns in place and getting our skill level right and holding on to the ball, which we did a bit better in the second half (against Munster), we have a chance. We’ve got to have a real focus on it this week.

What of that win over Munster, a great game to have but it must take its toll?

“I think we had a good win at the weekend and we’re a bit battered and bruised at the moment and we’ve got to recover well and obviously prepare well and hit the ground running because we certainly want to have another week like this in a couple of weeks time. If we don’t prepare well and we don’t take the responsibility, we’re not going to have it. It’s a massive week for everybody.”

Most of Leinster’s recent trips to France have been successful ones. As recently as January there was a win over reigning Top 14 champions Castres in the Heineken Cup pool, a crucial victory in the push to qualify for the knockout stages of the competition. In fact the last five visits to France have seen Leinster win three matches, draw one and lose one.

Jennings sees this experience of playing in France and winning in France in recent years as a help, but the test posed by Toulon is something Leinster have never had to overcome before.

“Playing Clermont down there is similar. Playing Toulouse down there is pretty similar. We have experience of that. I don’t think we’ve ever gone down to the holders of the competition, with such a proud home record and doing so well in their league. It’s somewhere I’ve never been before, and I don’t think a lot of lads have been down there before. There’s a lot of new challenges around it but it’s the same principle. You’re going in to a pretty hostile environment against a very physical French pack with a dangerous backline. It’s a dangerous challenge and it will be a real test for us.”