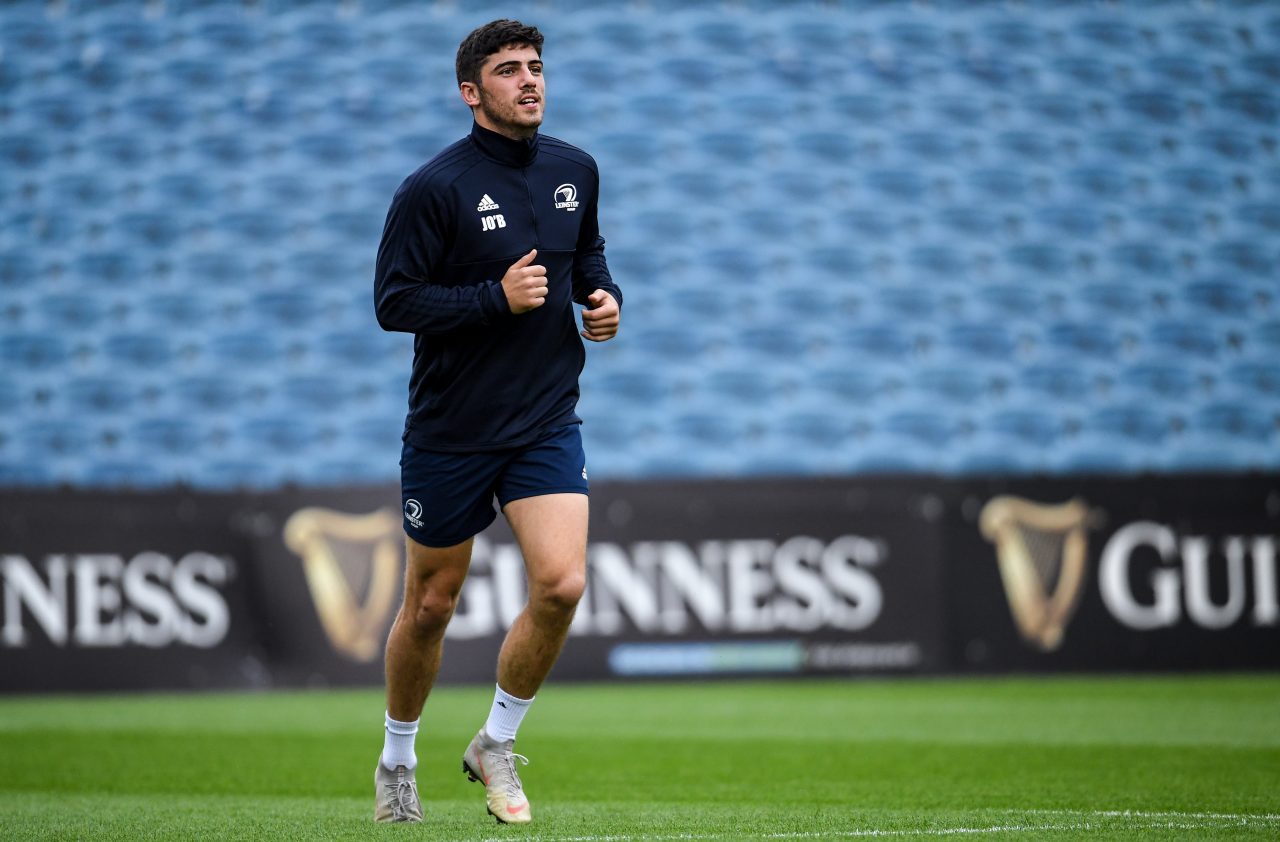 Jimmy O’Brien believes Leinster Rugby’s games against Conference rivals will be crucial in what will be a long Guinness PRO14 campaign.

The province travel to face fellow Conference A side Glasgow Warriors on Saturday (KO 7.35pm) with Leinster 14 points ahead of the Scottish side after six rounds.

O’Brien was not involved in last weekend’s win over Lyon but highlighted how important it is to move on immediately after games in this busy spell of fixtures.

“We did a quick review and then we’re going to go straight into Glasgow. It’s a big game this weekend,” the Naas man told the media this week.

“They’re in our Conference so it’s almost double points when we’re playing against them. So we’ll park Lyon I think and all our concentration on Glasgow for this week.”

Glasgow will have the confidence of doing the double over Leinster in the Guinness PRo14 last season with wins at the RDS Arena and Scotstoun.

However, their last meeting at the PRO14 Final in Celtic Park back in May went the way of Leo Cullen’s men.

That, O’Brien reckons, will be a motivating factor for Glasgow Warriors this weekend.

“So it’s a very important game. We’re definitely not underestimating them.”