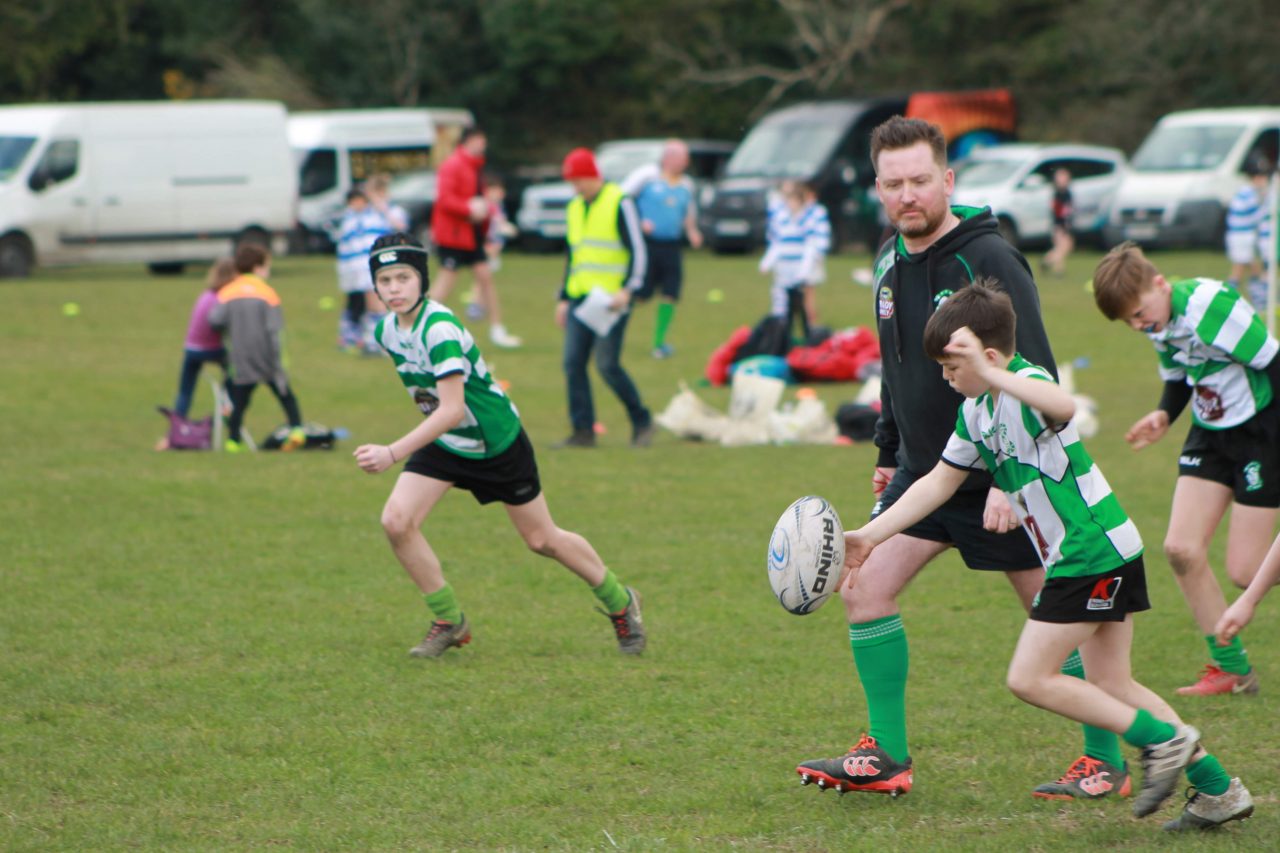 The annual Joe Moran Rugby Festival for U11 minis, organised by Naas RFC, is now in it’s 21st year.

This event is a festival of rugby, as opposed to a ‘competition’. There is no qualification games, no knock-outs, no quarter-finals, no semi-finals and no finals. In fact, there is no record kept of the results of the games. It’s all about kids enjoying a great day out, not the result.

This does not mean that the games are uncompetitive. Spectators on the day were treated to some outstanding games played with skill, spirit, commitment and passion. A dry day made for some very exciting and open play. A hearty well done to the players and coaches of all the teams for what was a feast of quality rugby.

The festival was originally conceived to enable the Naas U11s to test their skills against clubs from outside the North Midlands area and has since grown to take in teams from all four provinces. On the day there was 15 clubs from Leinster, eight from Munster, four from Ulster and one from Connacht. The event has grown year on year thanks to the efforts of previous event organisers. The festival has an excellent reputation nationwide and is attended by teams eager to test their metal against the best Ireland has to offer.

There are two trophies awarded on the day, both are awarded to the clubs who demonstrate excellent sportsmanship, a great attitude to opponents, the referees, coaches and good general behavior. After 160 games on 10 pitches, this year’s trophy went to Tullow RFC with the Shield going to Sundays Well RFC.

Each year the event is ran by the U11s’ coaches, players and parents and this year’s event was extremely well organized. The help received by the coaches, parents and club officials meant that everything ran smoothly, from a team’s arrival to their departure all details were well thought through which led to a very enjoyable day. The sense of teamwork from Naas in their preparation was very evident on the day.

On the day Naas RFC U11s hosted 44 teams with over 650 players. Every blade of grass in the club was being used to play rugby. The visiting teams were treated to a warm welcome, goodie bags, Leinster’s Leo the Lion, their own preparation tents and the very hospitable facilities of the club house. Some impromptu singing on the PA system by players from the visiting teams and a dog from North Kildare created an atmosphere of fun and enjoyment for the boys which the orgnaisers had made as the primary goal for the day.

Event coordinator Conor Brophy re-iterated the primary goal for the day about being an enjoyable day for the boys and girls and was pleased to get overwhelmingly positive feedback from numerous clubs who attended.

The day finished with the Naas team presenting all the other players with a medal as a keepsake.

Naas RFC are proud of this event and look forward to hosting more successful festivals for many years to come.