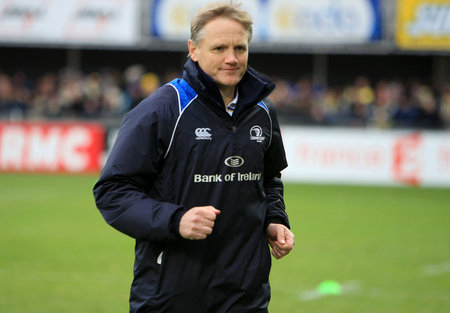 Speaking ahead of the clash, Leinster Coach JOE SCHMIDT said that the team are focused on facing the challenge of an in-form and well-drilled Ulster side up in Ravenhill…

“The extra couple of days rest are much needed after the rigours of a six day turnaround and two really physical games against Clermont, so the players feel somewhat refreshed and are looking forward to the Ulster game. We’ll need to have a mix of a bit of courage and greater accuracy to get a win and we know that.

“If I’m brutally honest, we know that we let ourselves down a bit in the last half hour at the weekend. We weren’t as accurate as we’d been in the first 50 or so minutes and our intensity dropped, allowing them back into the game while we missed out on a bonus point. In saying that it was a massive positive to get the four points and lead Clermont 5 (points) to 4 over the two games.

“With the weather turning again this week, this has meant that our on-field preparations have been affected somewhat, but we’ll work hard irrespective. There will be changes because a number of international players are missing, so that will present an opportunity for others and we’ll have to be right on the money against Ulster because they are a very good side who are brimming with confidence just now.

“I was interested to read Brian McLaughlin’s comments after their win over Bath last weekend when he said that he didn’t think that they played that well. That’s a warning to us and if they play better again, they will definitely be a real handful.

“They have quality all over the park and the nature of these interprovincial derbies is special because there’s competition for places in the Irish squad as well as having important league points up for grabs and provincial pride to play for. They have recruited smartly and you can see that they’re gelling from week to week.

“Tom Court has done really well and obviously has the confidence of the national coaching panel, and even though Rory Best may be missing, they have two good young hookers who have impressed me.

“BJ Botha is a quality performer, as is Johann Muller and I’m well aware of his qualities and those of Ruan Pienaar from their time with the Sharks when I was coaching in Auckland. Ian Humphreys has kicked really well and with Paddy Wallace’s deft touches and quick feet combining with Darren Cave in the midfield, we’ll have to be sound defensively.

“It’s an exciting time in the year for our supporters because they have a bit more time to get to matches and that support is appreciated by everyone in the set-up. If they can be as vocal as they were last weekend that would be a really big plus for us. We want to start the New Year in as positive a fashion as possible and it kick-starts an important period because Connacht will travel to the RDS with confidence based on the last few years where the games between the two teams have been tight affairs.

“But, for us, it’s about Ulster this week. They’re a quality side and they’re coming into the game on a high; it will be a really tough contest.”