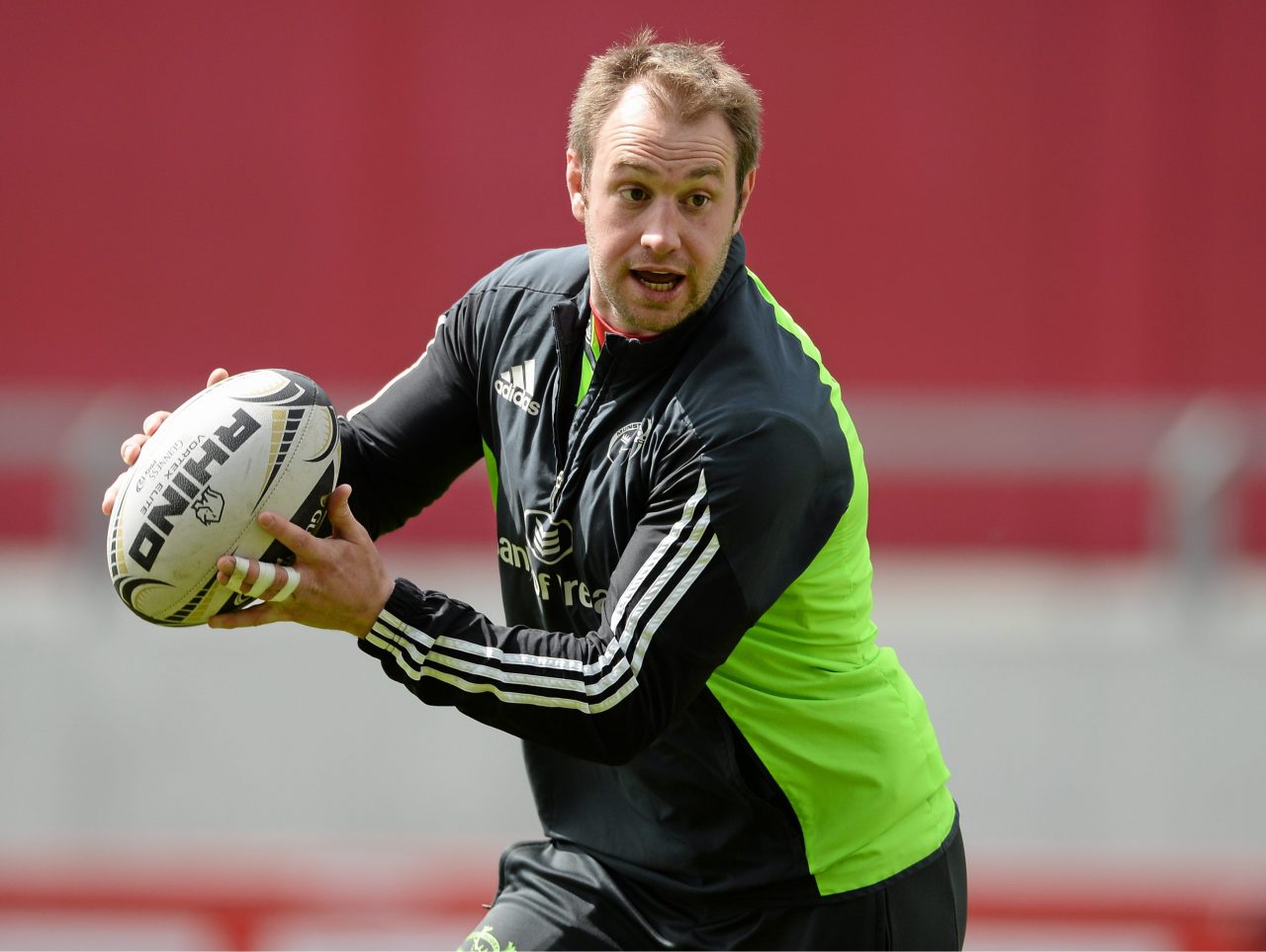 Naas RFC are delighted to announce the signing of Johne Murphy as player/coach for the upcoming season.

Johne played his first game for Naas RFC on Friday night as the Kildare side kicked off their AIL Division 2A season with a 16-0 win over Skerries RFC.

Naas are playing in AIL Division 2A and Johne will bring a renewed focus as Naas look to build on the success of last season.

Johne recently retired from professional rugby to focus on business and pursue a career in coaching. He has enjoyed a tremendous rugby career to date and is a great addition to the Co. Kildare side.

Johne joined the Leicester Tigers in 2005 and while there helped them to three Premiership titles and was their top try scorer in the 2008/2009 season.

He moved to Munster in 2010, making his debut in September. The following November he was part of the side that defeated Australia and was a member of the 2010/2011 Magners League winning side that season. He made a total of 91 appearances for Munster.

Johne also played for Ireland A and in 2014 he captained Emerging Ireland against Uruguay as they won the 2014 IRB Nations Cup.

“I’m really looking forward to coaching Naas RFC for the coming season and bringing the intensity and focus of a professional rugby player to bear on the side. I’ve met the guys and am eager to get into the season, get the first few games under our belt and see where we are,”  said Johne Murphy at a recent event at Naas RFC..

Naas’ first AIL Division 2A home game is Saturday, 19th September, against Malone. This coincides with Ireland’s first game in the 2015 Rugby World Cup against Canada. Naas RFC will host a free family open day with the Ireland game on the big screen followed by the game against Malone. There will be children’s entertainment, a food village and full bar – so lots to see and do for all the family and all are invited to attend.