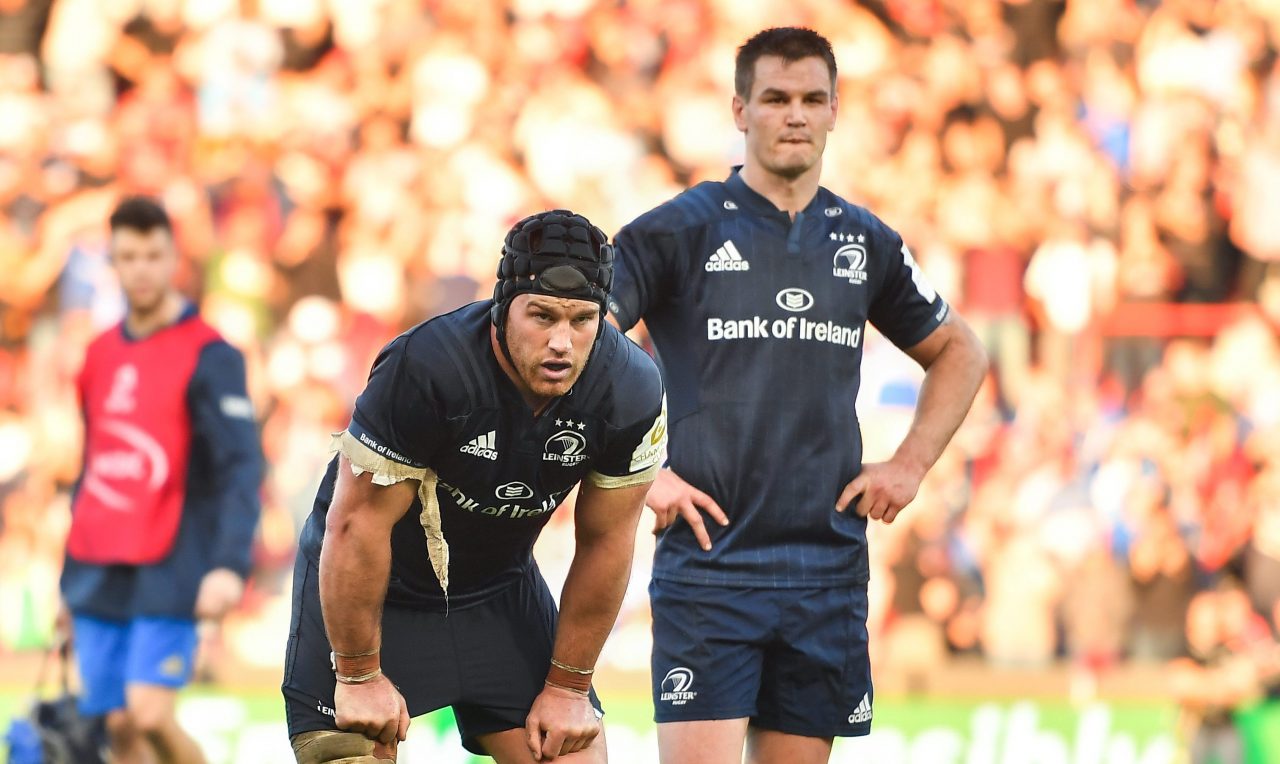 Johnny Sexton paid tribute to Seán O’Brien after the Guinness PRO14 Final last Saturday at Celtic Park and spoke about the decision to hand over the honour of lifting the trophy to the Tullow man.

Leinster Rugby overcame Glasgow Warriors in the final thanks to tries from Garry Ringrose and Guinness Man of the Match Cian Healy, plus eight points from Sexton.

The trophy was handed to Sexton after the game, but he passed it on to O’Brien who held it aloft in the middle of Celtic Park as the province celebrated its sixth, and back-to-back, PRO14 titles.

“We wanted to make sure that his last contribution wasn’t the Saracens game,” Sexton told the media after the PRO14 Final.

“His last memory now will be lifting the trophy. There are not too many people who have lifted a trophy by themselves in Leinster, maybe Leo (Cullen) and Isa (Nacewa) are the only two. The rest of the time we always lifted in twos. But it was fitting for him. We’re going to miss him greatly.”

Sexton went on to pay tribute to O’Brien and urged the next generation of players in the squad to rise to the standard set by one of the best the province has seen.

“For me, he’s up there with some of the best players I’ve ever played with. As a forward, I’d say he’s the best – no offence, Leo,” Sexton said, turning to his head coach.

“He has some strings to his bow that other forwards in the world didn’t have in his prime. As a leader and a player, we’re going to miss him. But we’ll obviously drive things from within and make sure that those younger guys that are coming through will live up to his standards.”