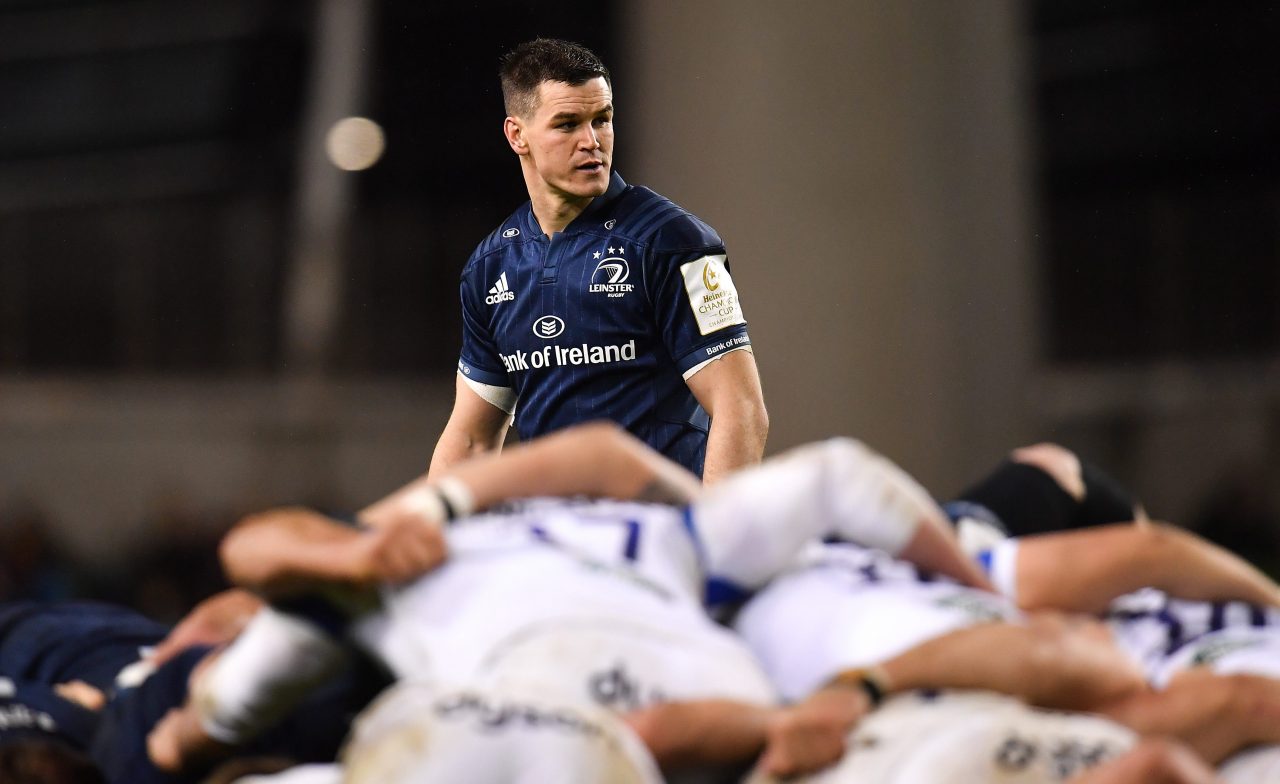 Hours after playing 60 minutes of Leinster Rugby’s win over Bath at Aviva Stadium in the Heineken Champions Cup, Johnny Sexton was named Sportsperson of the Year at the RTÉ Sports Awards on Saturday evening.

Sexton helped Ireland to Grand Slam glory in the 2018 Six Nations, started both victories in the Series win in Australia, and was part of the team that defeated the All Blacks at Aviva Stadium last month.

The 33-year-old St Mary’s man was named World Rugby Player of the Year last month becoming only the second Irish winner of the award.

Speaking to host Joanne Cantwell after receiving the RTÉ Sportsperson of the Year award, Sexton first paid tribute to his wife Laura.

“Of course she does,” the out-half said when asked whether his wife plays a big role in his success.

“She does everything at home to make sure that I can do what I need to do on the pitch, and with my recovery.

“She’s been brilliant for me. She’s been there since the start since we were kids really, so I owe a lot to her.” 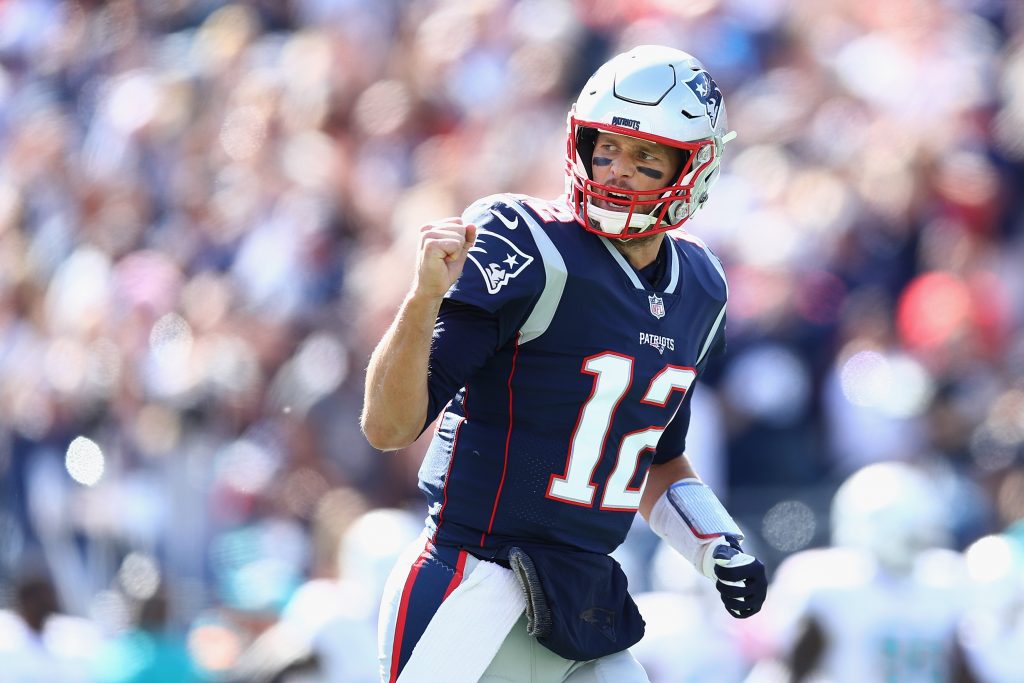 Sexton was also asked about his admiration for New England Patriots quarterback, Tom Brady, who has continued to play for the NFL franchise into his 40s.

Sexton this week signed a new contract which will see him play his rugby with Leinster until at least 2021.

“I didn’t know who Tom Brady was until two years ago. Stuart Lancaster came to Leinster and started giving me books about him and sending me emails about him. I was thinking about retirement and now I’m thinking the total opposite. 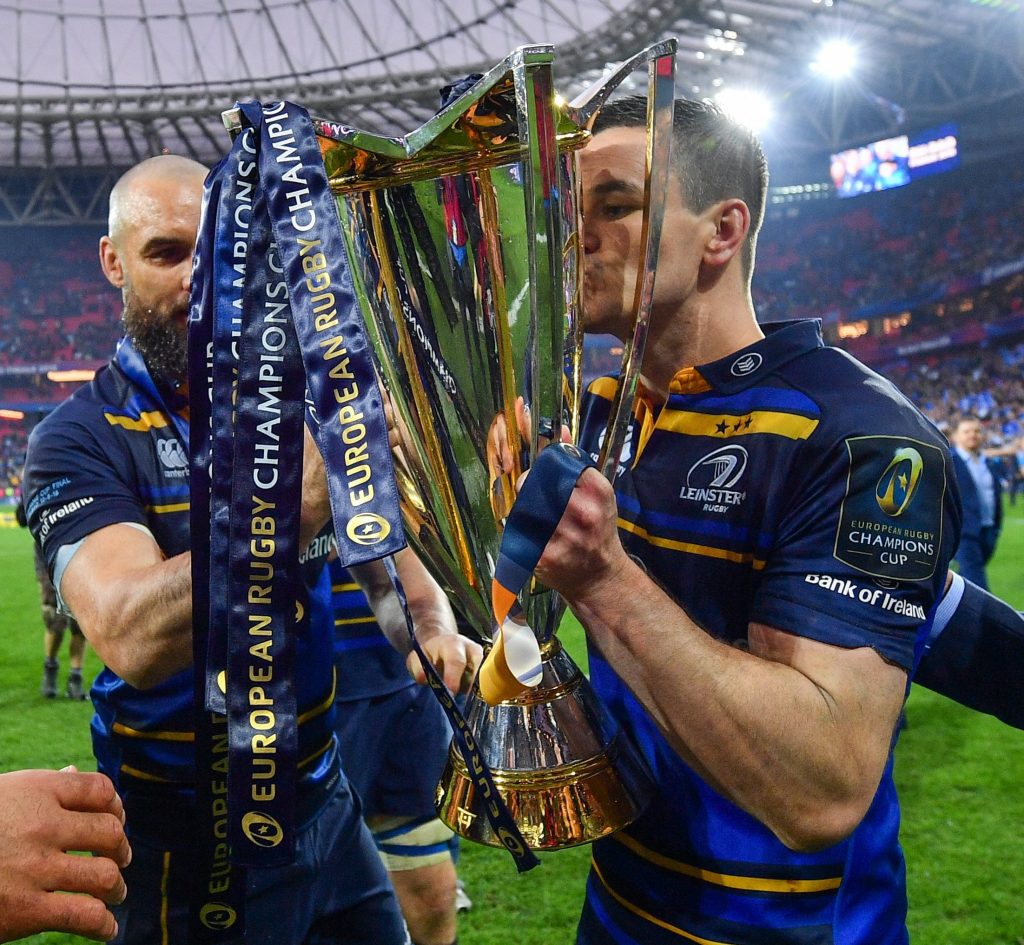 “I have a lot to thank (Stuart Lancaster) for coming into Leinster and challenging me in different ways that people hadn’t over the years.

“On that point, I’d just like to thank all the teammates and coaches. The Irish coaches are top class, world class. They make your job a little bit easier, and all your teammates as well.

“I feel a bit bad accepting an individual award as a number 10. You’re meant to be the guy that sits in the background and tries to help control the team. You shouldn’t be getting individual awards because it’s the other guys that make you look good.”