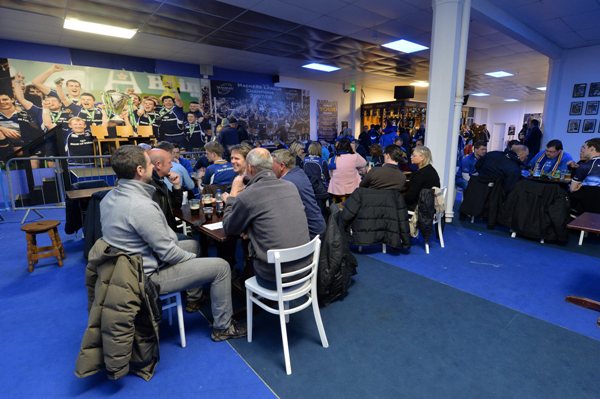 The OLSC has two vancancies on the committee for the new season. If you are interested in helping other supporters then we would like to hear from you…

The role of a committee member won’t see you mingling with players but it will allow you to help supporters of the team far and wide.

We currently do this in a number of ways, some of these are as follows:

* The provision of same day buses to the interprovincial fixtures
* Operation of any buses arranged for away European fixtures
* Research of travel advice and information for every away PRO12 game
* Away guide research and preparation for every away European fixture
* Negotiation and maintanence of supporter discounts / club sponsorship
* Writing at least 6 pieces of content for www.leinsterrugby.ie, the Herald, and match programme each week
* Management of the Club’s social media platforms
* Ongoing content management of the ‘Supporters’ section on www.leinsterrugby.ie
* Arranging flags and other blue material at the RDS and also at selected away games
* Managing activities in The Laighin Out, the clubs supporters bar and our base in the RDS
* Maintaining a database of overseas locations for supporters to watch games
* Research and preparing international TV broadcast information for every game
* Sourcing and selling of merchandise before and after games at The Laighin Out bar
* Dispatch of merchandise outside of match day in support of our mail order operation
* Working on behalf of supporters on issues raised throughout the season
* Organisation of supporter events in The Laighin Out including video filming and editing of same
* Assisting with fundraising activities and a flagship event for our chosen charity each season
* Answering email queries received from supporters
* Attendance of quarterly meetings with Leinster Rugby
* Other adhoc tasks as required throughout the season

Those interested should be aware of the following requirements:

* Attendance at every game is not required however you should travel to at least 3-4 away fixtures per season as support on the road continues to grow and the work this entails needs to be spread evenly around the committee (this will be at your own cost).

If you are interested in joining us, please send an email introducing yourself (this should be no more than 200 words) including any skills you believe would benefit the club to olsc@leinsterrugby.ie by 5pm, Friday 12 July 2013.