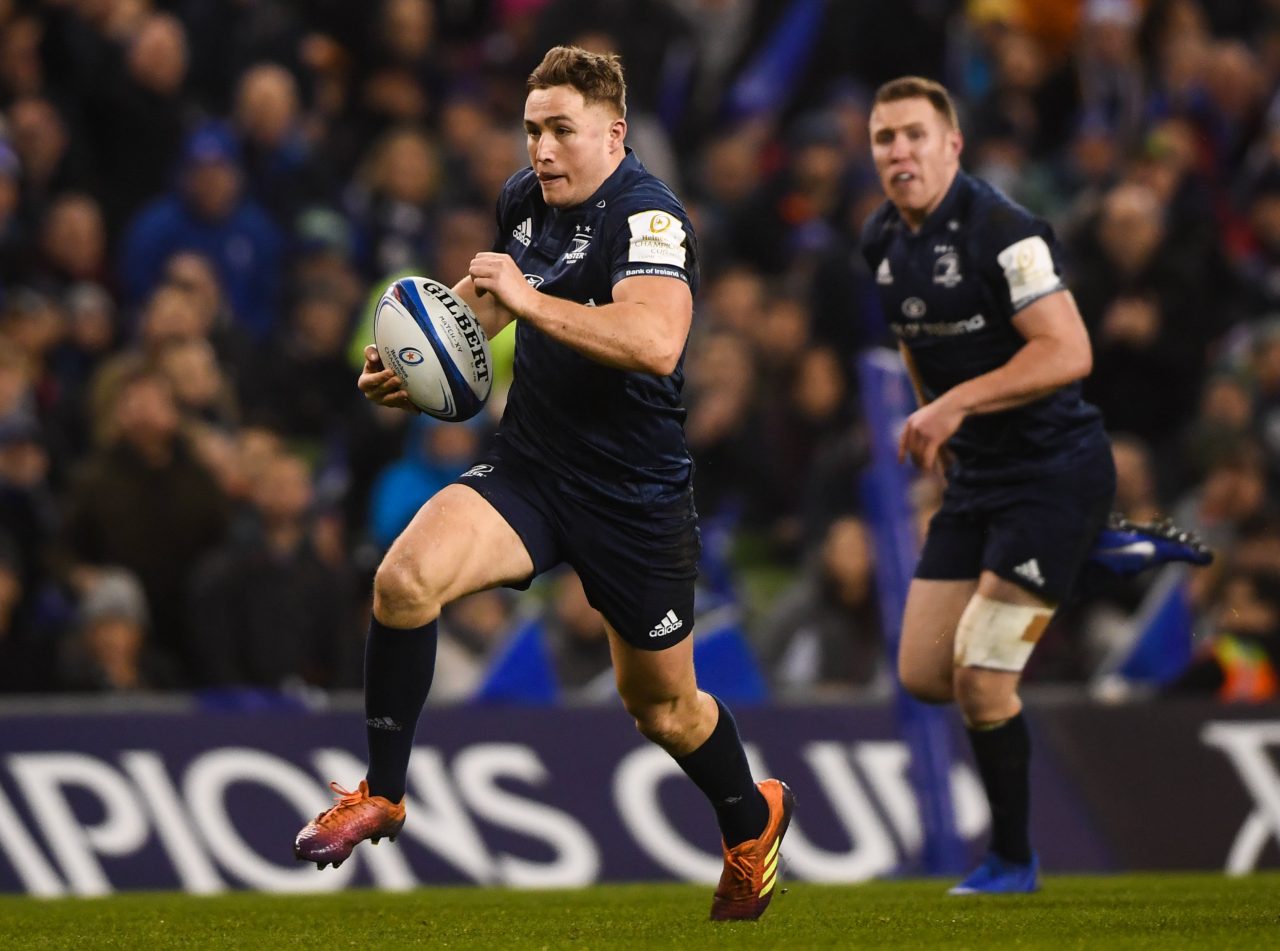 Jordan Larmour says that preparation has stayed the same in the build-up for Saturday’s Heineken Champions Cup clash with Toulouse (KO 1pm).

After losing the reverse fixture in Stade Ernest Wallon in Round 2, Larmour thinks that Leinster will still need to focus on their own performance first and foremost.

“You don’t try and change too much, you go into every game and you try and prepare as best you can. Our week doesn’t change, our preparation doesn’t really change,” Larmour said, speaking to the media.

The 21-year-old is also relishing the opportunity to play top quality opposition in such a vital game.

“Toulouse are an extremely dangerous team. They strive off turnover ball so we can’t give them cheap ball, kick to them loosely.

“Some of the tries they’ve scored are unbelievable so we’re coming up with a game plan and when it comes to kick-off on Saturday it’s all hands on deck and try to put our best performance out there.