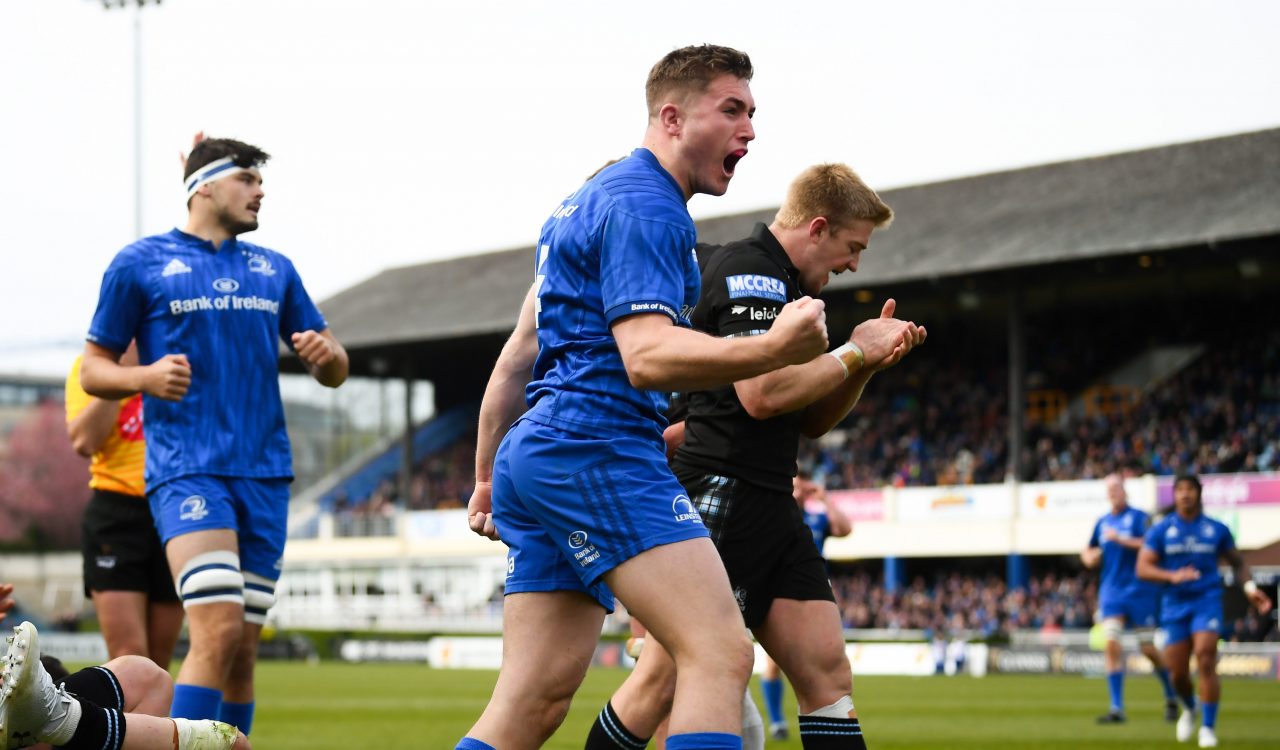 Jordan Larmour is looking forward to making a return to the RDS Arena this weekend for the Guinness PRO14 Semi-Final against Munster.

With tickets for the game already sold out, Larmour is hoping the ‘Sea of Blue’ can roar the team over the line and into the PRO14 Final in Glasgow next week.

“We want to defend our PRO14 title and give something back to the support because Saturday was incredible. The stadium was just a sea of blue, all chanting ‘Leinster’,” says the former St. Andrew’s man.

“A sold-out RDS, it doesn’t get much better than that especially when the place gets going but as always with Munster and Leinster games, it’s pretty hostile and pretty physical.

“We expect nothing less this week. Just looking forward to it now, getting back training and hopefully be selected for the weekend.”

Saturday’s opponents have lost just one game in the PRO14 (away to Scarlets) since the start of 2019 and will be bringing that form into the weekend.

“They had two weeks to prepare so they’ll be chomping at the bit now to get going,” Larmour adds. “Always with Munster, they’re very physical, good line speed, good numbers on feet and with the backs they have, they can rip you apart.

“We’ll have a good look at them and see where we can exploit them and come up with a game plan to beat them. With the two weeks to prepare, they’re ready to go.

“We’re looking forward to it. As I said, sold out RDS and we want to give them something to cheer about.”

Leinster take on Munster in the semi-final of the Guinness PRO14 at the RDS Arena on Saturday (KO 2.30pm).

Tickets for the game are completely sold out. Get a 2019/20 Leinster Rugby Season Ticket to secure your place at all of next season’s big games.