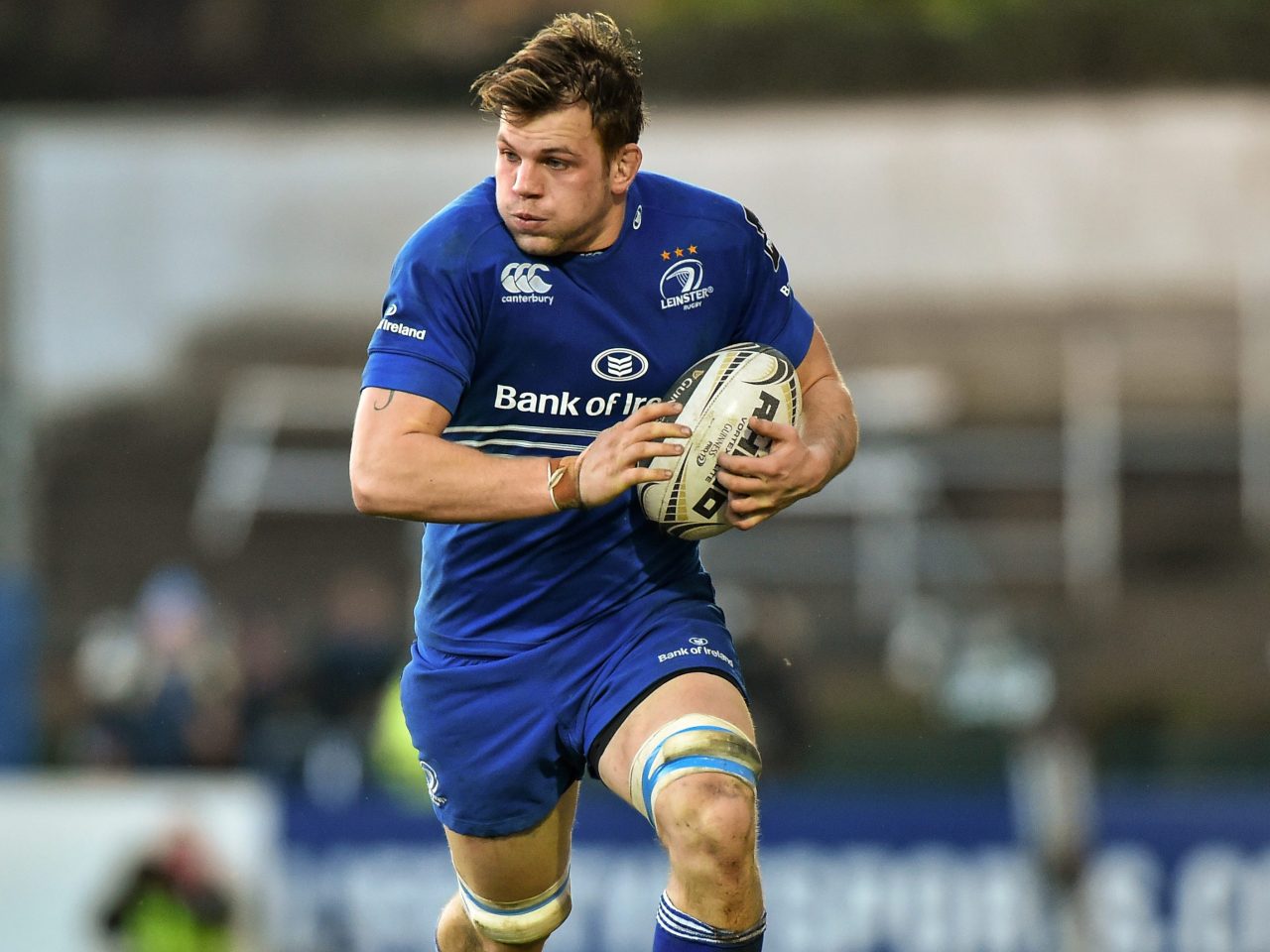 Jordi Murphy looks ahead to Leinster’s Guinness PRO12 match against Benetton Treviso in the RDS Arena on Friday evening.

With two rounds left in the Guinness PRO12 season the race to secure qualification for next season’s European Champions Cup is entering a crucial stage.

Two wins for Leinster will guarantee qualification and fifth spot in the table, with the chasing pack of Edinburgh, Scarlets and Connacht fighting it out for sixth place and the final automatic Champions Cup place.

The first of those final two games for Leinster comes on Friday evening against Treviso before the province travel to face Edinburgh on the last day of the season.

Leinster back row Jordi Murphy says that defeats against Ulster and Toulon in recent weeks have been difficult to take but with two crucial games coming up there’s still a job to do to secure Champions Cup qualification.

“It’s tough to take; a few losses on the bounce and then having to watch the European Cup final the other day when we were so close to being in it. We’ve still got a job to do. We’re in no way safe in the top six. We’ve Edinburgh close enough behind us, and the Scarlets as well. We’ve got to put our foot down. We’ve got Treviso this weekend – that’s a big game.

“We’ve been disappointed with our run recently. It’s up to the individuals; do we want to turn it around? And I really feel that we do. A good opportunity this Friday now with Treviso coming over to build momentum again, and then build on to the next week and a positive end to the season.”

Murphy says he is looking forward to getting back to the RDS but that Treviso shouldn’t be underestimated, particularly after Leinster’s 24-all draw with the Italian side earlier in the season.

“It’s always nice to play at home, but Treviso are a formidable side. They aren’t on a great run of form but they weren’t the last time we played them and they nearly did a job on us, it was 24-all draw in the end. We’re not taking them lightly. We know the dangers that they pose.

“They’ve a good few internationals in their team and they definitely improved in the second half of the season. They’ve a good maul as they showed against Munster. They went over there and scored three tries and were in contention for a lot of the game. The likes of (Edoardo) Gori and (Paul) Derbyshire and top class internationals like that are definitely a threat and we’re going to have to combat them.”

Leinster final home game of the season comes against Benetton Treviso in the RDS Arena on Friday night (KO 7.35pm). Tickets for the game are on sale and available from Ticketmaster. Click here to purchase.

Tickets will also be available to purchase from the RDS Ticket Office before the match.