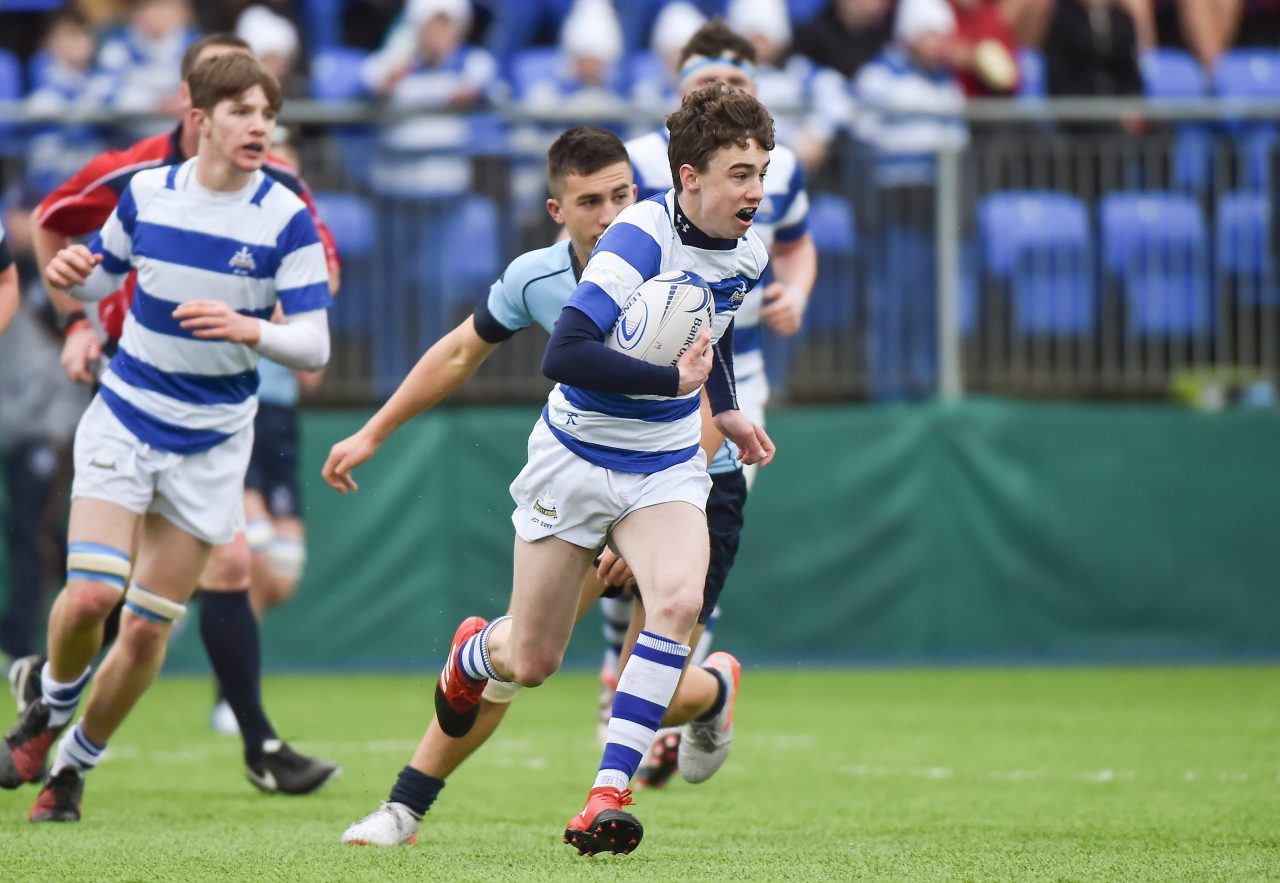 The holders were impressive in how they disptached Belvedere College in their semi-final win two weeks ago, coming out 25-14 winners.

Despite this, ‘Rock went into yesterday’s final as the underdog against a much-fancied Michael’s side.

Things looked to be going to script when Michael’s took the lead from what was their first extended spell of possession in ‘Rock territory.

After left wing Zach Harrison beat a man out wide, Michael’s were on the front foot.

Boyle received the ball close to the Blackrock uprights and powered over the line.

Chris Cosgrave, Michael’s talismanic centre, knocked over a straightforward conversion to make it 7-0. 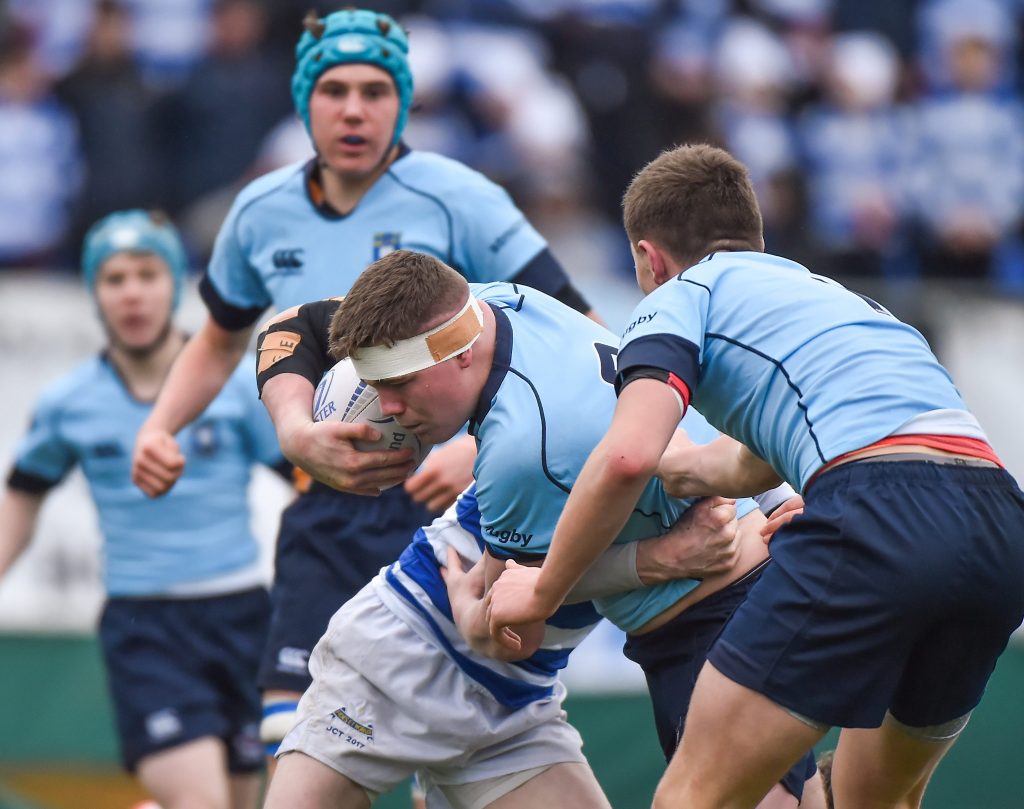 Despite their strong start, Michael’s couldn’t push on as ‘Rock looked to exert their influence on the game.

Midway through the first half it looked as though ‘Rock were about to draw level, but Michael’s scrum-half Jeffrey Woods managed to clear the danger.

This became a theme of the encounter – just when one team got their attack going, it was cancelled out by superb defending from the opposition.

This was the case just before half-time when ‘Rock winger John Campbell scrambled across the field to cover in defence, preventing Michael’s from extending their lead.

Significantly this meant that the defending champions kept the margin within one score at the break.

Once the contest restarted ‘Rock looked the more determined side.

They failed to drive over on a number of occasions on the Michael’s line, before the ball was spread wide to the left through Ben Brownlee and Shane Murray, allowing Michael Lowey to touch down in the corner. 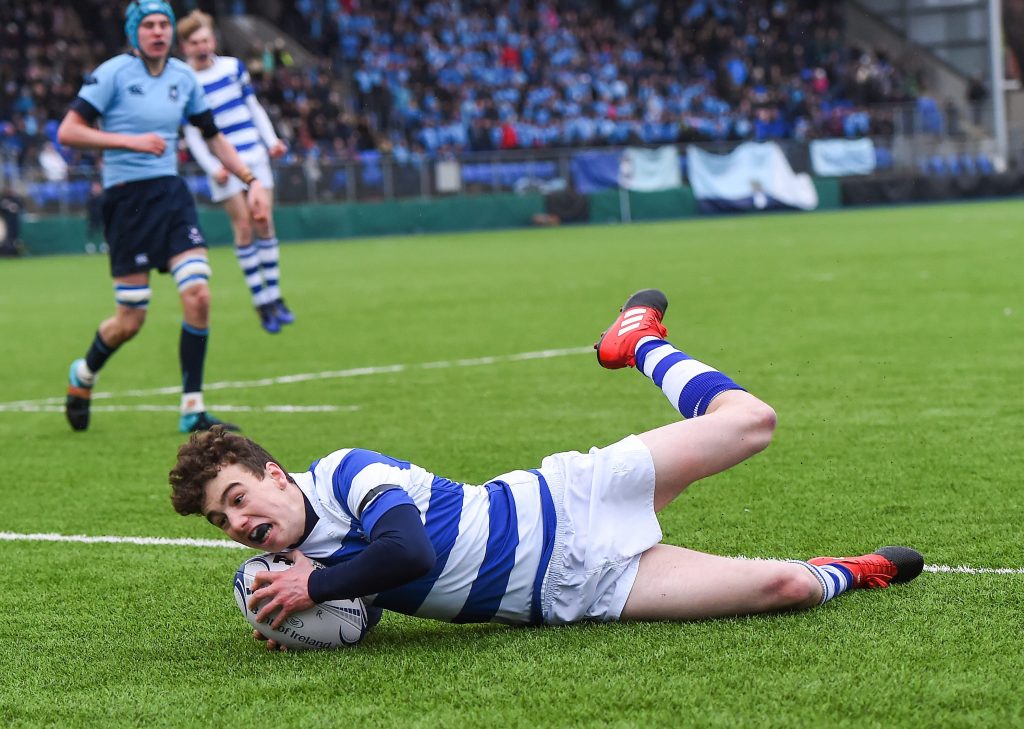 Adam Dixon’s touchline conversion just about crept over the bar. The game was level and ‘Rock were looking the most likely to push on.

However, it was Michael’s who ultimately dominated possession and territory as the game entered the final stages.

They applied serious pressure inside the ‘Rock 22.

Cosgrave attempted a drop-goal from close range with 10 minutes to play, but it was blocked down.

As the seconds ticked down clear-cut opportunities Michael’s continued to test the ‘Rock defence, but there was to be no way through.