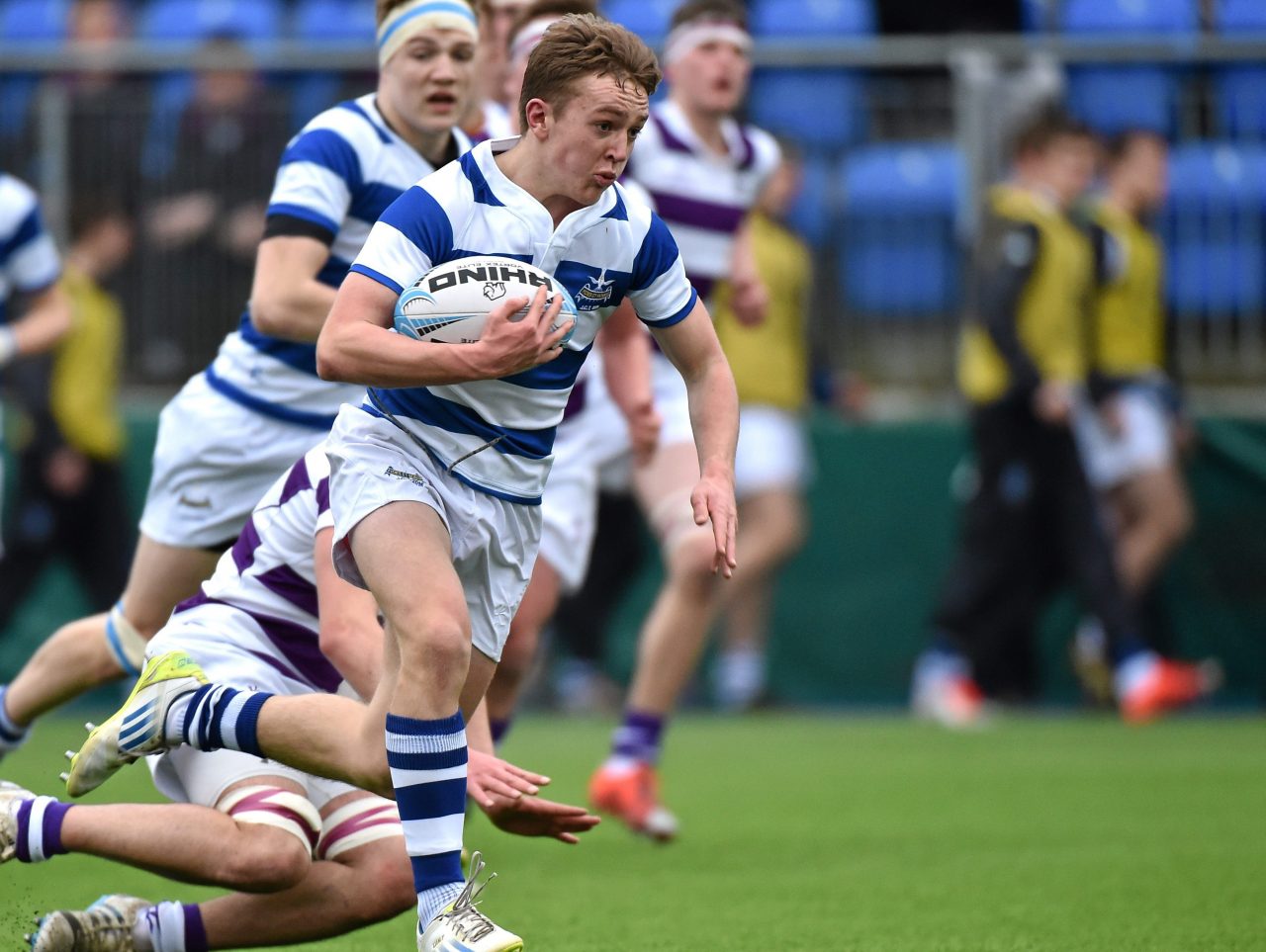 The Big Two made it to the final two. But they had to overcome significant semi-final obstacles to get there.

Where the Blackrock seniors came up short in their quest for a hat-trick of titles, the juniors have made it this far, by taking out Belvedere, the school they defeated in the 2013 (17-10) and 2014 (14-10) finals

The very same Belvedere stood between ‘Rock and a final place. Indeed, it looked like the northsiders would have their day this year as they held onto a two-point lead going into the endgame.

Blackrock saved their best to last as their captain Liam Turner – their only survivor from last year’s final – did what he has done in all three rounds.

He drew defenders to him, making room for others and it was wing Adam Thompson who had the wheels to take the ball home for fly-half Joey Caputo to complete their 13-8 victory.

The willingness to hang tough has been a hallmark of this side with Turner their undisguised jewel outside the composed playmaking of Joey Caputo, the son of Leinster scrum coach Marco.

There is a lot to like about their forward eight. They have had to knuckle down against fierce competition from Clongowes Wood, Gonzaga and Belvedere to make them battle-hardened.

Back rowers Michael McGagh and Liam McMahon are difference makers with enough footballing ability about them to keep defences on their toes.

There is a lot to like about their front row where hooker Sean Molony and props Giuseppe Coyne and Thomas Clarkson are equally effective with and without the ball. 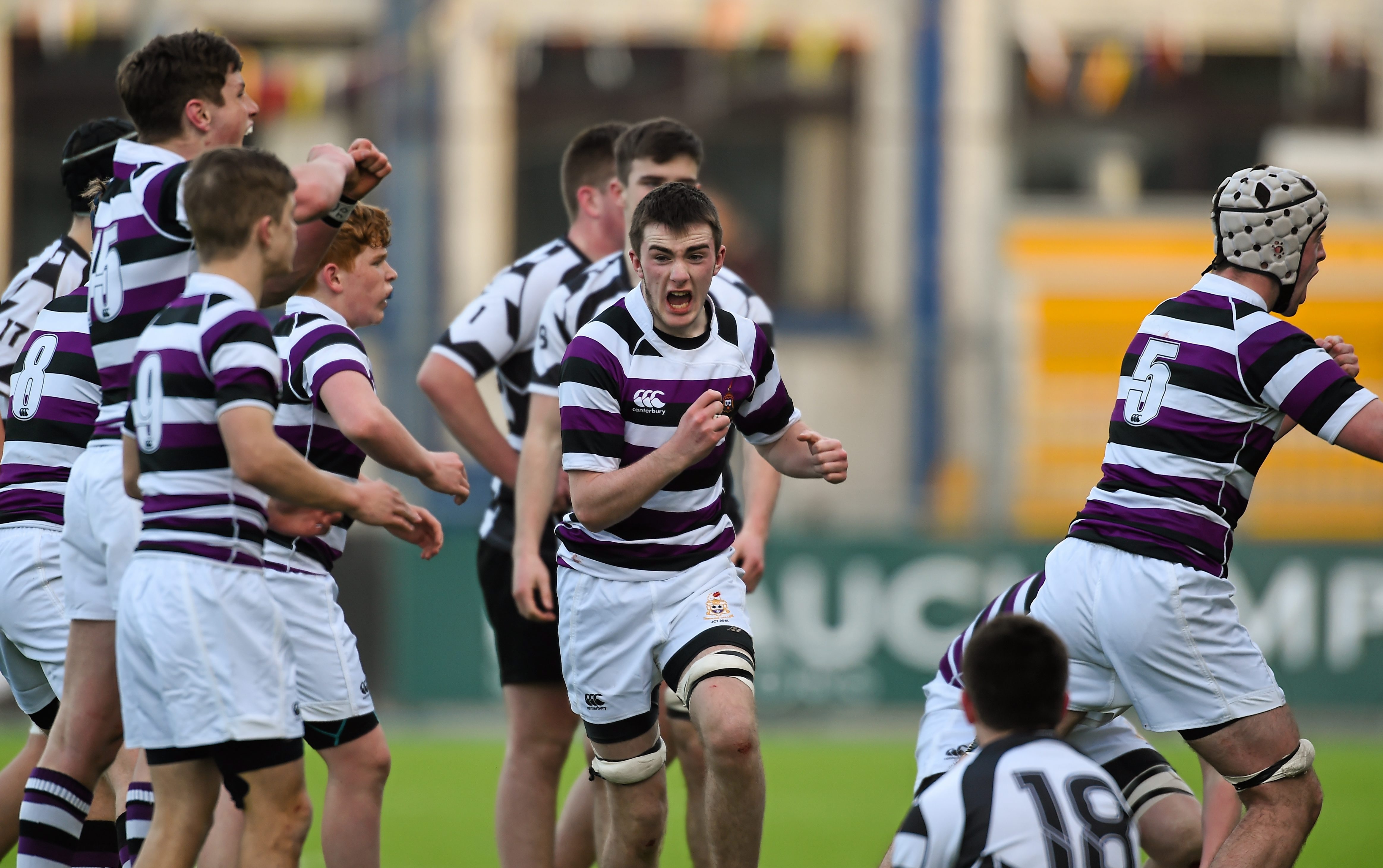 Last year, Terenure lost out to Blackrock in the semi-final on a scoreline of 41-3, one that must still live in the minds of those involved that day.

The difference between the two schools this time is that ‘Nure return a fine spine with starters in number eight Conor Shenton, second row Conor Somerville, their captain, and centre Adam La Grue.

They also have considerable experience from last year’s replacements in flanker Patrick Heneghan and lock Rory McGrath and a real X-Factor back in Sam Dardis, the younger brother to Ireland U20 Billy.

When Roscrea’s gargantuan pack of forwards applied pressure in the semi-final, Terenure’s dedication to the chop tackle was remarkably accurate with Shenton and Heneghan leading the way. They never took a backward step or flinched in the face of really heavy artillery.

Half-backs Matthew O’Shea and Dominic Henry-Hayes are well capable of releasing a speedy set of backs with La Grue scoring in all three rounds for a tally of four tries against three from Dardis.

The fact that both schools have come through the hard way means they will be spot-on for the occasion. ‘Nure have the more experience all-round, but Turner has the experience of having been there and having won it.

The individual match-up between two skilled operators Turner and La Grue will be worth the admission price alone with Dardis lurking as the boy most likely to steal the show.

Blackrock College v Terenure College in the Bank of Ireland Leinster Schools Junior Cup Final, in association with Beauchamps Solicitors, takes place in Donnybrook Stadium this Sunday at 4.15pm. Tickets will be available on the gate only – €;10 for adults, €;5 for school children.

PATHS TO THE FINAL

BLACKROCK: beat Clongowes Wood 23-15 in the first round; beat Gonzaga 21-12 in the quarter-final; beat Belvedere 13-8 in the semi-final:

TERENURE: beat The King’s Hospital 43-19 in the first round; beat Castleknock 10-6 in the quarter-final; beat Roscrea 15-10 in the semi-final.