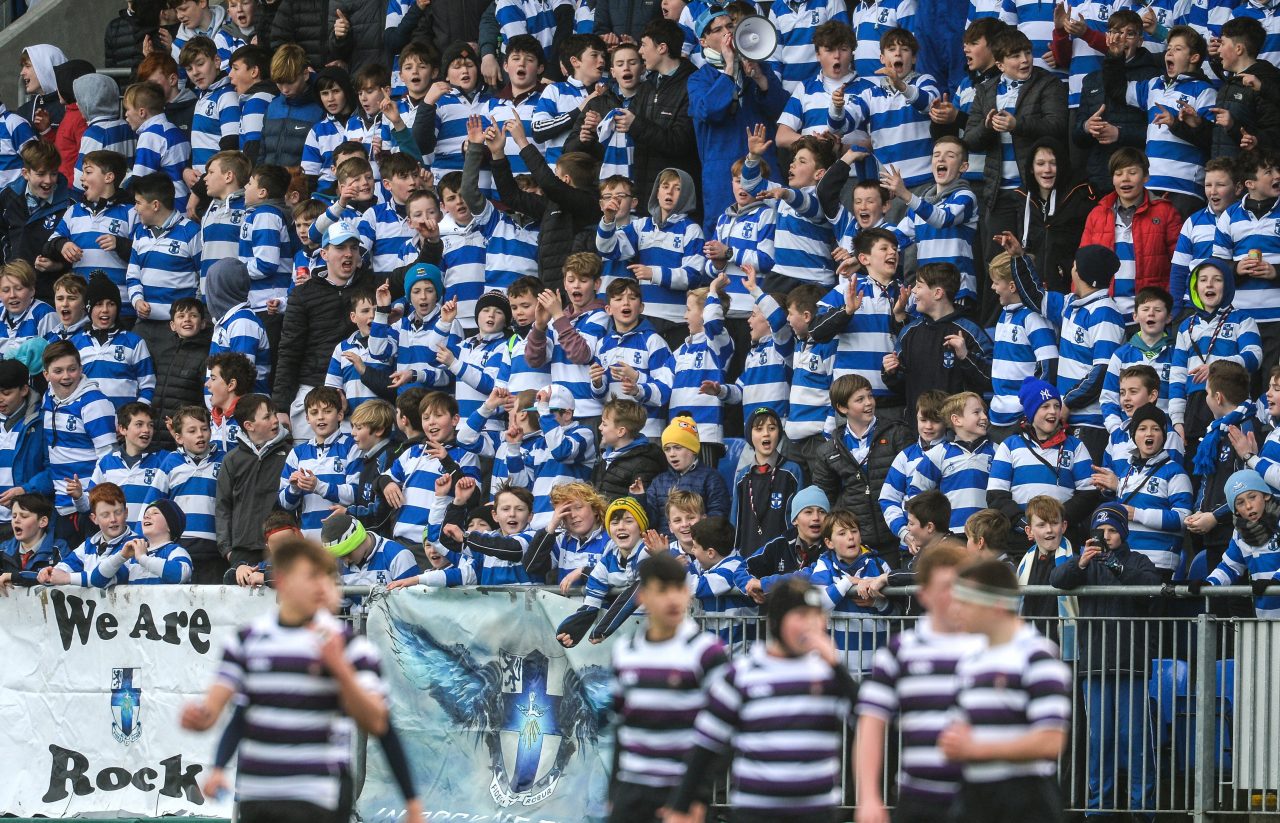 The whole of this season has revolved around St Michael’s reputation as undoubtedly the best Junior Cup side the school has ever produced.

That is a heck of a call.

It didn’t look all that accurate when their inaccuracy allowed a bristling, bustling Castleknock into the game in the first round.

It mirrored the semi-final win over Newbridge in that the final scoreline was strangely unflattering to ‘Knock, who lost out by 25 points, and The ‘Bridge, who lost by 28.

Really, this all hung on St Michael’s incredible ability to rack up tries in a hurry to turn a competitive encounter into something of a rout. 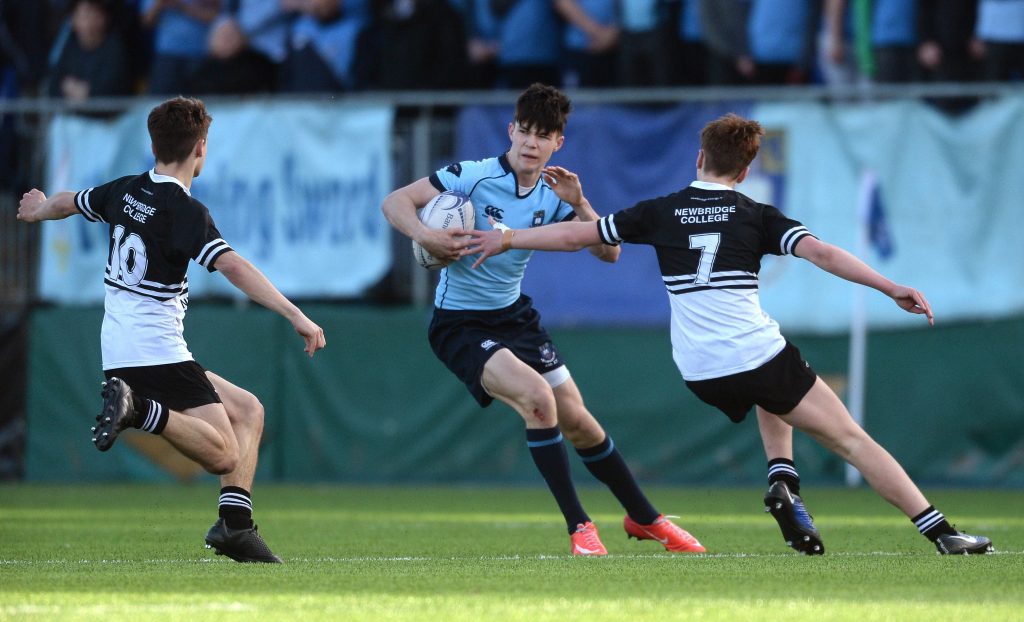 In fact, Newbridge out-half Sam Cahill’s clever use of space meant he picked up a try to make it a one-score game (17-10) as late as the end of the third quarter.

At the final whistle, St Michael’s had added 21 points in 11 minutes.

It is a mature looking collection with number eight Jack Boyle coming to the fore as the competition has worn on.

The back row is completed by Oscar Hurley and their captain William Hickey, all three marrying athleticism with size and game awareness.

Prop Lee Barron and second row Jack Guinane are two prominent ball carriers capable of breaking the gain line for the fast ball that can benefit a silky three-quarter-line. 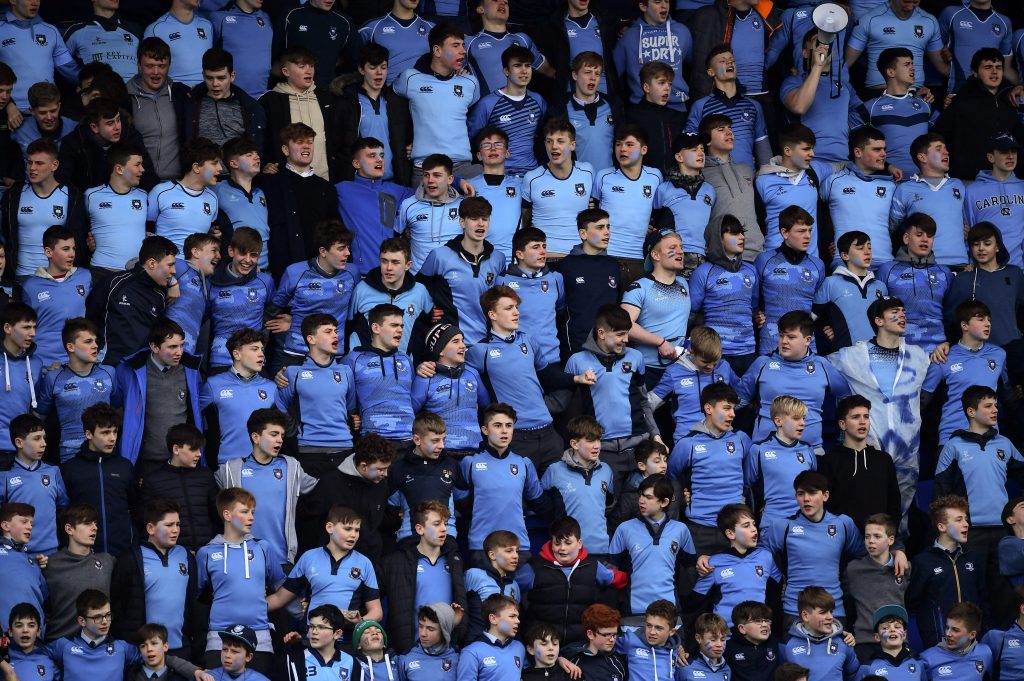 Linking the forwards and outside backs, their half-backs Jeffrey Woods and Niall Carroll largely stick to moving the ball away while both never shut their eyes to sniping when the space is there.

Blackrock come into this with what would usually amount to a burden of pressure to make it five Junior Cups on the trot.

The rating of St Michael’s has allowed ‘Rock to work away, making the tweaks and alterations to eat into the superiority their neighbours from down the road have shown.

It looked like the tallest of orders from the pre-Cup season.

However, the competitiveness of Castleknock and Newbridge was dressed-up with the sensational way ‘Rock dismantled Belvedere in what was presumed to be a 50-50 semi-final.

Blackrock may just be timing their run to perfection as they were far more impressive than the 25-14 result suggests.

It would have been a lot more comprehensive had they kicked all of their conversions, instead of none. 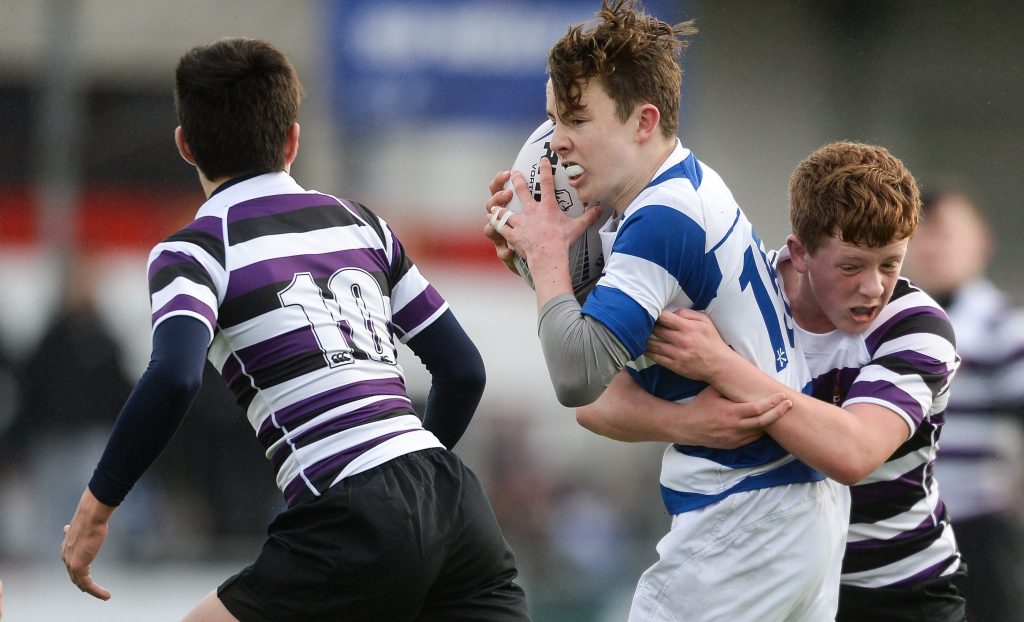 There is a lot of bulk up front from tight-head Scott Barron – he picked off a hat-trick in the quarter-final – tall locks Mark Morrissey and Hugh O’Malley, their captain, flanker Adam Simpson and number eight Liam Heylin.

The ‘Rock weapons in behind are not as pronounced as, say, St Michael’s centre Chris Cosgrave.

It is more about the power of the collective with full-back Shane Murray and centres Adam Dixon and Sam Small willing and able to take advantage of any defensive lapses.

Their wings John Campbell and Michael Lowey look like natural finishers with the speed to go on the outside.

If Blackrock can plant a seed of doubt in St Michael’s, they have every chance to cause an upset.

If St Michael’s can put right what went wrong in the semi-final, they have the talent and, no doubt, the intention to put on a show.