Juniors narrowly lose out to Connacht in the Interprovincial Series 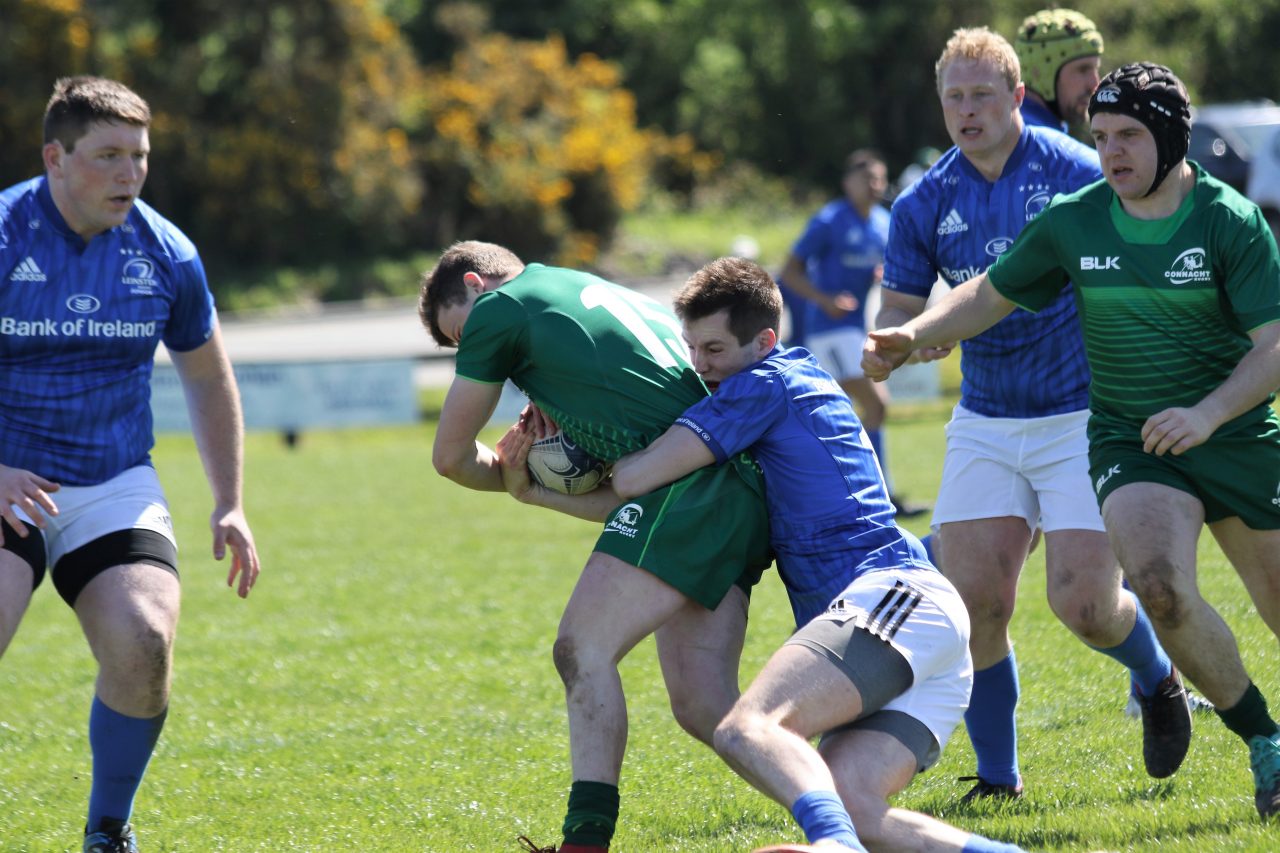 The Leinster Juniors suffered a narrow and disappointing defeat at home to Connacht on Saturday in the Junior Interprovincial Series.

The match was played in near perfect conditions at Wicklow RFC. Connacht applied early pressure but Leinster were relieved to see them knock on after a series of huge scrums.

Having worked their way into the Connacht half, Leinster were awarded a penalty which they decided to kick at goal. The kick by out-half Jake McDonald, against a strong breeze, was successful and Leinster had a 3-0 lead after 10 minutes.

This lead wouldn’t last long however. Connacht restarted and regained possession, putting it to good use with a flowing move that resulted in a try on 13 minutes by their wing Martin Conneely, converted by out-half Shane Dowd. 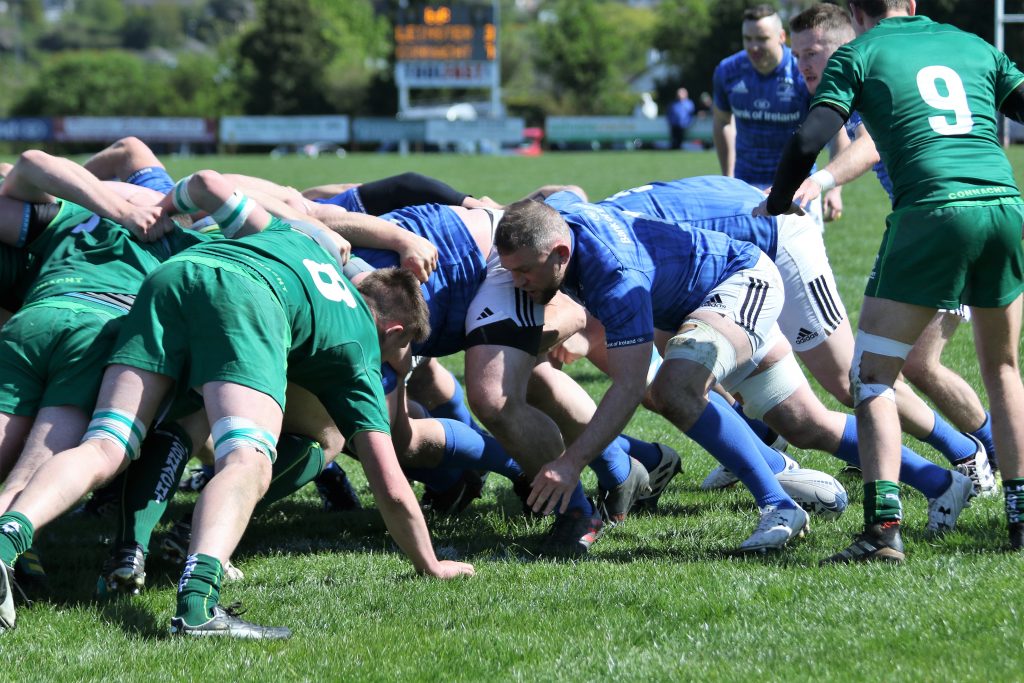 It was still early days and Leinster had no need to panic. Indeed, it was the men in blue who struck next with a fine try of their own.

Leinster scrum-half, Gavin Kennedy took a quick tap from a penalty and spotted some space. His quick action brought Leinster to just short of the Connacht try line. They applied pressure at this point with repeated drives to get over the line and on 19 minutes, the Connacht blind side forward Brian Diffley, was sent to the bin.

Leinster opted for the scrum at the resulting penalty. Tullow man Stephen Smith picked and drove for the line, going over under the posts. The try was converted by McDonald and Leinster had restored their narrow lead, 10-7.

On 23 minutes, Connacht attacked with energy and found a gaping hole in the Leinster defense. Their No. 8, TJ Berry, picked and drove for the line off the back of a 5m scrum and scored an all important try. That try went unconverted but Connacht now had a lead they would not relinquish. 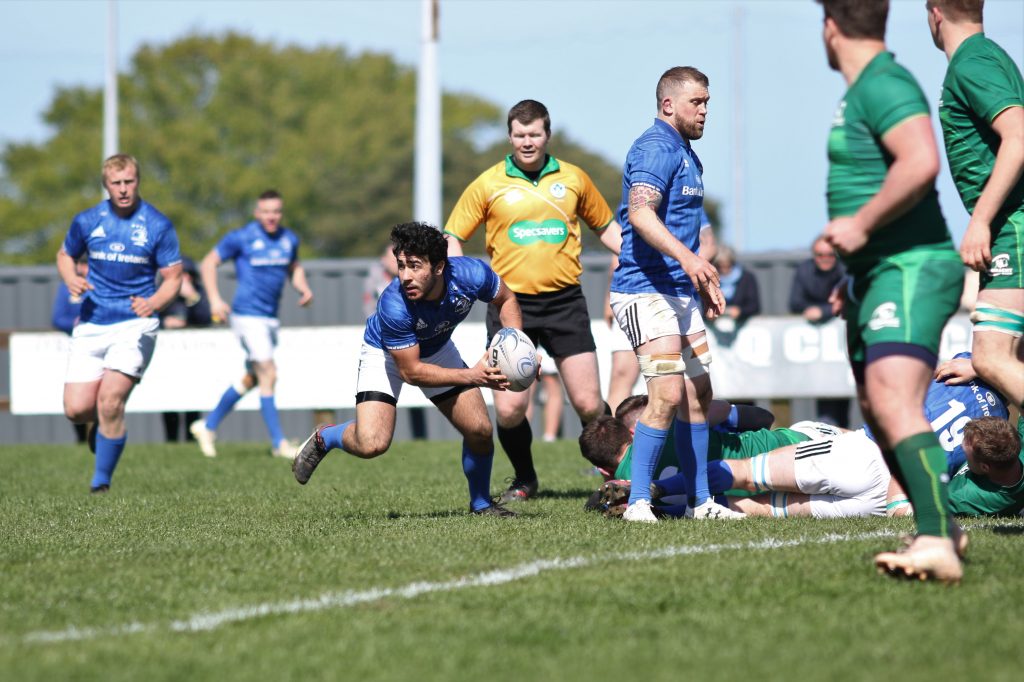 Connacht continued where they left off in the second half and their pressure game paid dividends when in the 47th minute their effective driving maul led to a try which was converted.

They were soon back on the attack and putting Leinster under sustained pressure. On 56 minutes the Connacht pack won turnover ball at a scrum, driving the Leinster pack back. From the resulting possession Connacht moved the ball to the right and scored their bonus point try which was also converted.

To their credit, the Leinster men did not let their heads drop. They worked their way back into the Connacht half and substitute scrum-half Alejandro Laforga finished off with a try after a sustained period of Leinster pressure.

The Leinster forwards had come alive and had gone through phase after phase with pick and go, all the time edging closer to the Connacht line. The try, in the 62nd minute, was converted and the gap had been narrowed.

Unfortunately for Leinster, they did not capitalise immediately on this score. Connacht regained control of the match and the momentum and in the 74th minute they won a turnover at a Leinster line-out.

Possession was put to good use and Connacht scored a try close to the right of the Leinster posts. With the conversion added, they had a lead of 17-33 with five minutes remaining. 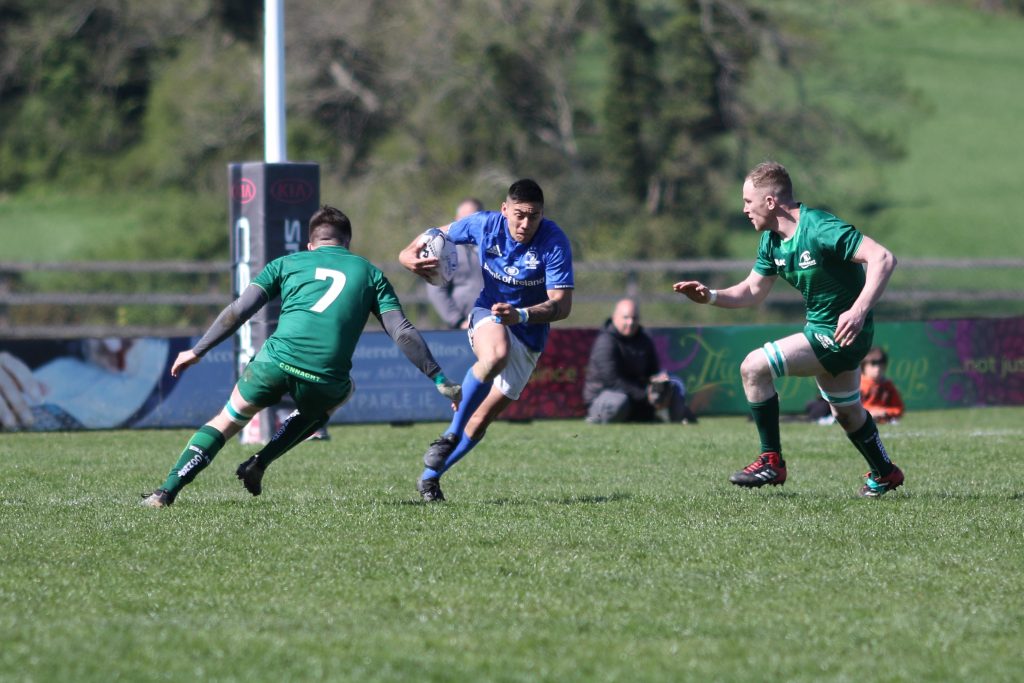 What followed was five minutes of mayhem as the Leinster backline suddenly broke free from its shackles and cut through the Connacht defense with ease. In the 78th minute, Wexford man Corey Carty ended off a flowing move with a try that was quickly converted.

From the restart, Leinster regathered the ball and struck again with another try through Condalkin’s Mikey Russell. This try, was converted and suddenly the scoreline read 31-33 with a minute still to play.

Leinster again regained possession and made yards until being awarded a penalty on the Connacht 10 metre line. Leinster chose to run the penalty quickly when Connacht had not retreated the full 10 metres. However, the penalty was taken, the ball moved back in-field to the Leinster left and a pass was dropped. With that, the hope of an improbable come back was extinguished. 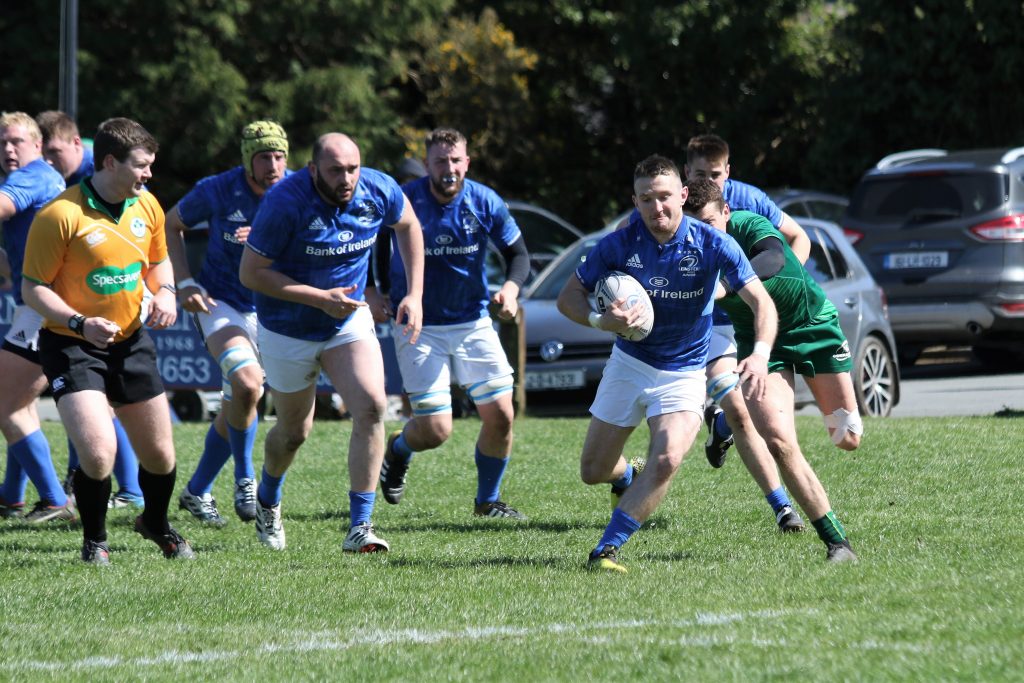 The Leinster men will be heartened though that Munster managed to do them a favour by taking a late victory away to Ulster. That game also finished 31-33 and means that everything is still to play for in the final round of matches when Leinster take on Ulster at home in Dundalk RFC next Saturday.

Leinster Juniors Head Coach Enda Finn said: “It was a disappointing result but Connacht deserved their win, and with Munster winning it will lead to a very exciting climax next weekend. There will be a reaction from us next week, no doubt and I expect the game in Dundalk will be a fantastic spectacle so hopefully we get a massive support. It’s a game we targeted as our real home game and the inter-pro title is very much in our own hands, it’s all you can ask for going into the last round”.