Kearney and Fitzgerald ruled out… 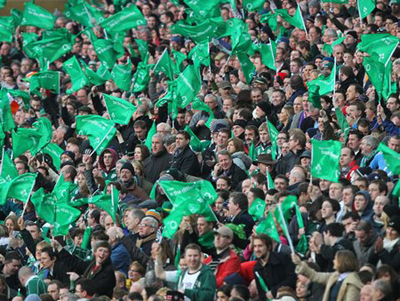 Ireland captain Brian O’Driscoll suffered a bruised shoulder during the game with his backline colleagues Tommy Bowe and Gordon D’Arcy picking up calf strains. All three will undergo rest and rehabilitation on their injuries but at this point have not been ruled out of the game against Argentina. A further update on their condition should be available on Tuesday.

Fitzgerald suffered a medial ligament injury to his left knee during the game and has been ruled out of the game against Argentina. The damage is to the same knee that he injured last November, but this is a new injury and to a different part of the knee.

Kearney also injured his knee and has suffered cartilage damage. He will undergo exploratory surgery this week to further determine the extent of the injury and the period of recovery that he will need, but is certainly ruled out of the game against Argentina.

Rory Best is also ruled out of the game next weekend after suffering a fractured cheekbone. He will undergo surgery tomorrow and it is expected that he will be unable to play for 6 weeks while the injury is healing.