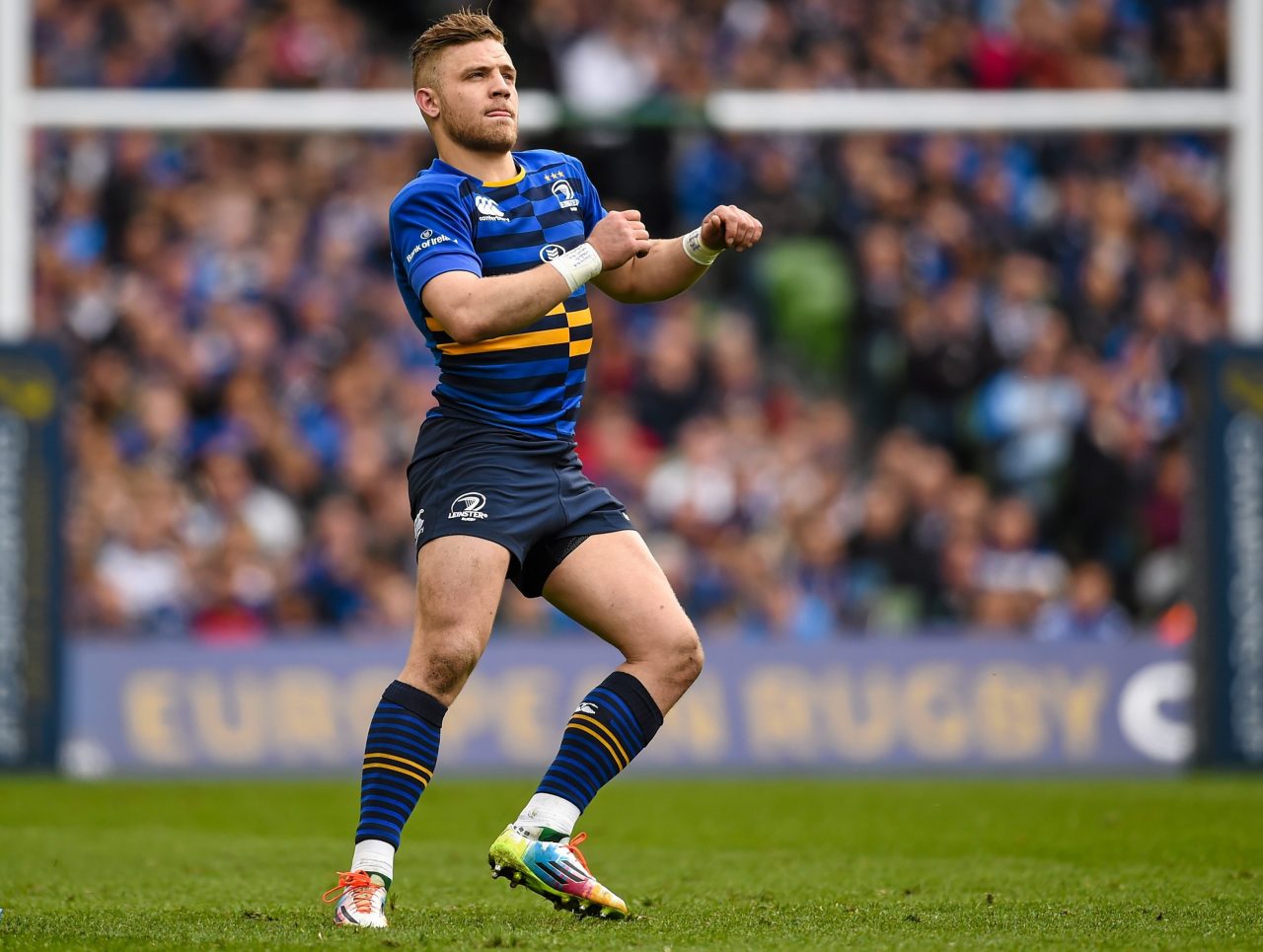 After training in the RDS Arena this morning, Leinster Rugby Head Coach Matt O’Connor has announced his XV to take on Toulon in the Semi-Final of the Champions Cup on Sunday (Kick-off: 3.15pm, Irish time, live on SKY Sports) and it’s as you were with no change to the team selected in the Quarter-Final two weeks ago against Bath and only one change on the bench.

As a result 12 players come back in from the team that played against the Dragons last weekend and Ben Marshall who started in Rodney Parade last Sunday, comes onto the bench in place of the injured Tom Denton. Denton picked up a muscle strain (bicep) earlier this week and the Toulon game has come too early for him. The back three consists of Rob Kearney at full back, Fergus McFadden on the right wing for his 125th cap for Leinster, with Luke Fitzgerald selected on the left wing. McFadden has scored 334 points to date since his debut in September 2007 against the Cardiff Blues including 18 tries. Two of those tries have come this season, one against Wasps in the Champions Cup and the other three weeks ago against the Glasgow Warriors in the Guinness PRO12.   In the centre Ben Te’o who scored two tries last weekend in Wales is again selected in the number 13 jersey with Ian Madigan inside him at 12. Madigan scored all of Leinster’s points in the victory against Bath two weeks ago. Isaac Boss will start at scrumhalf with Jimmy Gopperth outside him at 10.   Cian Healy, Sean Cronin and Mike Ross have been selected in the front row with Healy making only his fourth start of the season for Leinster having recovered from injury. Behind them Devin Toner and Mike McCarthy lock down in the second row. In the back row Jordi Murphy is the only player of the three to be involved last weekend coming off the bench after 14 minutes for the injured Shane Jennings. He starts at blindside flanker with Sean O’Brien selected at openside for his third game of the season.  Jamie Heaslip captains the side from the base of the scrum in his 199th game for Leinster. Only four other players (Gordon D’Arcy, Leo Cullen, Shane Jennings and Shane Horgan) have played more times for Leinster than the Trinity number eight who made his debut in March 2005.  As mentioned above Ben Marshall for Tom Denton is the only change to the match day 23 from the squad that beat Bath in the Quarter-Final two weeks ago 18-15. LEINSTER: 15. Rob Kearney 14. Fergus McFadden 13. Ben Te’o 12. Ian Madigan 11. Luke Fitzgerald 10. Jimmy Gopperth 9. Isaac Boss 1. Cian Healy 2. Sean Cronin 3. Mike Ross 4. Devin Toner 5. Mike McCarthy 6. Jordi Murphy 7. Sean O’Brien 8. Jamie Heaslip CAPTAIN   16. Richardt Strauss 17. Jack McGrath 18. Marty Moore 19. Ben Marshall 20. Dominic Ryan 21. Eoin Reddan 22. Gordon D’Arcy 23. Zane Kirchner  Referee: Wayne Barnes (England) Touch Judge 1: Nigel Owens (Wales) Touch Judge 2: Greg Garner (England) TMO: Graham Hughes (England)