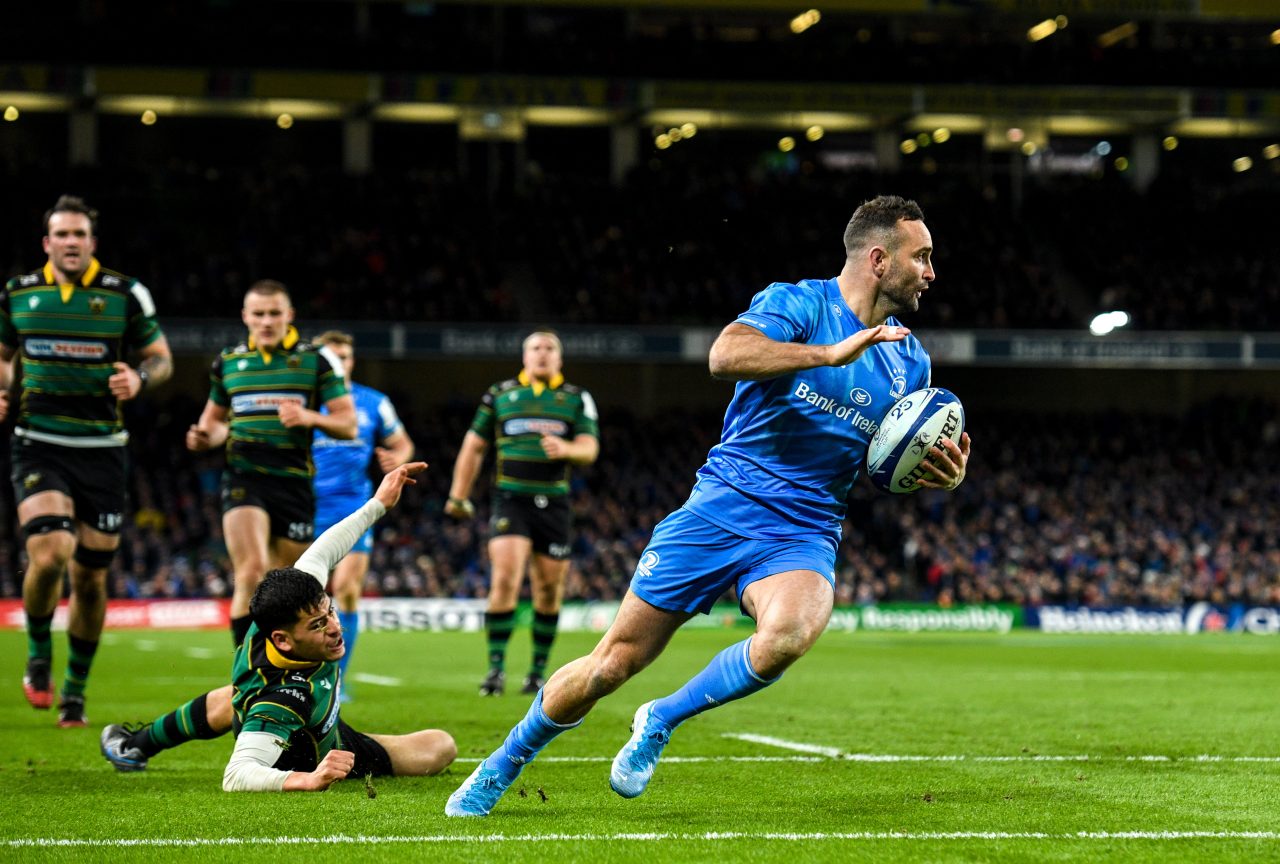 Leinster Rugby’s 50-21 win over Northampton Saints at Aviva Stadium in Round 4 of the Heineken Champions Cup has confirmed their participation in the last eight of the tournament.

However, winger Dave Kearney, a try-scorer on the evening, says that the province are far from finished with the Pool phase.

Speaking to Channel 4 Sport at full-time, Kearney said of the qualification: “Absolutely, it’s great. Still got two more tough games to go. Our aim now is to finish top seed and grab ourselves a home quarter.”

When asked about the word ‘ruthless’ being used to describe the team, Kearney explained that the side are always aiming for more and better.

“It’s one of our core values that we live by. Games like that where you go up by 20 points early on, well then that’s where our ruthless edge kicks in and we’ve got to keep going, keep pushing, keep scoring tries.

“Stuart (Lancaster) talked about it at half-time. To be that ruthless team, we’ve got to not let them get back into it, not give them that losing bonus point. They had two tries alright at half-time but keeping them out was a positive,” he adds.

There was one minor disappointment for Kearney on the night as he was denied a second try when he was called back after running the length of the pitch and diving over midway through the second half.

“I thought at the time when I got it that it was going to be blown up but I kept going and, unfortunately, it was disallowed. I got one at least so I’m happy.”

Next up for Leinster Rugby is the interprovincial clash with Ulster Rugby at the RDS Arena on Friday, December 20 while the next European date is with Lyon, also at the RDS Arena, on Sunday, January 12. Get your tickets.