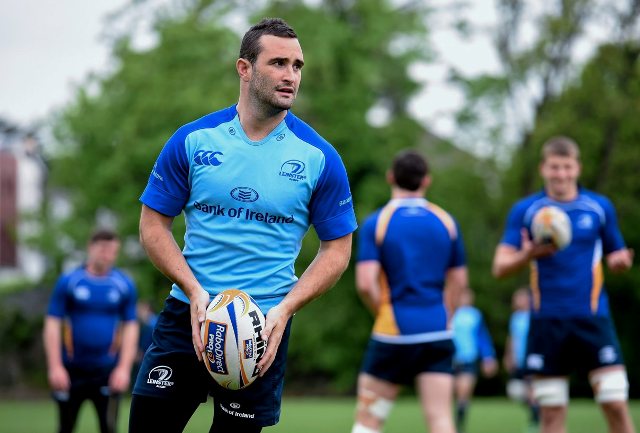 Dave Kearney talks recovering from injury and catching up on episodes of Modern Family in his blog on the Life Style Sports website.

At the end of last season, in the PRO12 semi-final against Ulster, Dave Kearney suffered a season-ending ACL injury. This meant missing out on the PRO12 final against Glasgow back in May and a long period of rest and recuperation.

In his blog on lifestylesports.com, Kearney speaks about his time recovering and also being fortunate that he has had the whole summer to receive treatment for his injury.

“Unfortunately, this year, my season ended prematurely as I picked up an injury in the semi-final against Ulster. ACL reconstruction was needed, which meant I was on couch for the next month,” writes Kearney in his Life Style Sports blog.

“It was hugely disappointing to pick up a serious injury, but if anything it was the best time of the season to do it.”

“As a result [of being injured], I’ve never been so bored in my life! While I was resting up, a lot of the lads were away on tour, some on holidays, so there wasn’t much to do. I’d say I watched every Friends episode, every Modern Family episode, and at one stage, I even watched Jeremy Kyle on TV to fill my time!

“There was one thing however that was keeping me sane throughout my injury. Once my mobility was a bit better I headed over to Vegas to meet the lads when they finished their tour.”

To hear more from Dave on the summer break, visiting Las Vegas and returning to training, click here to read the rest of his blog.