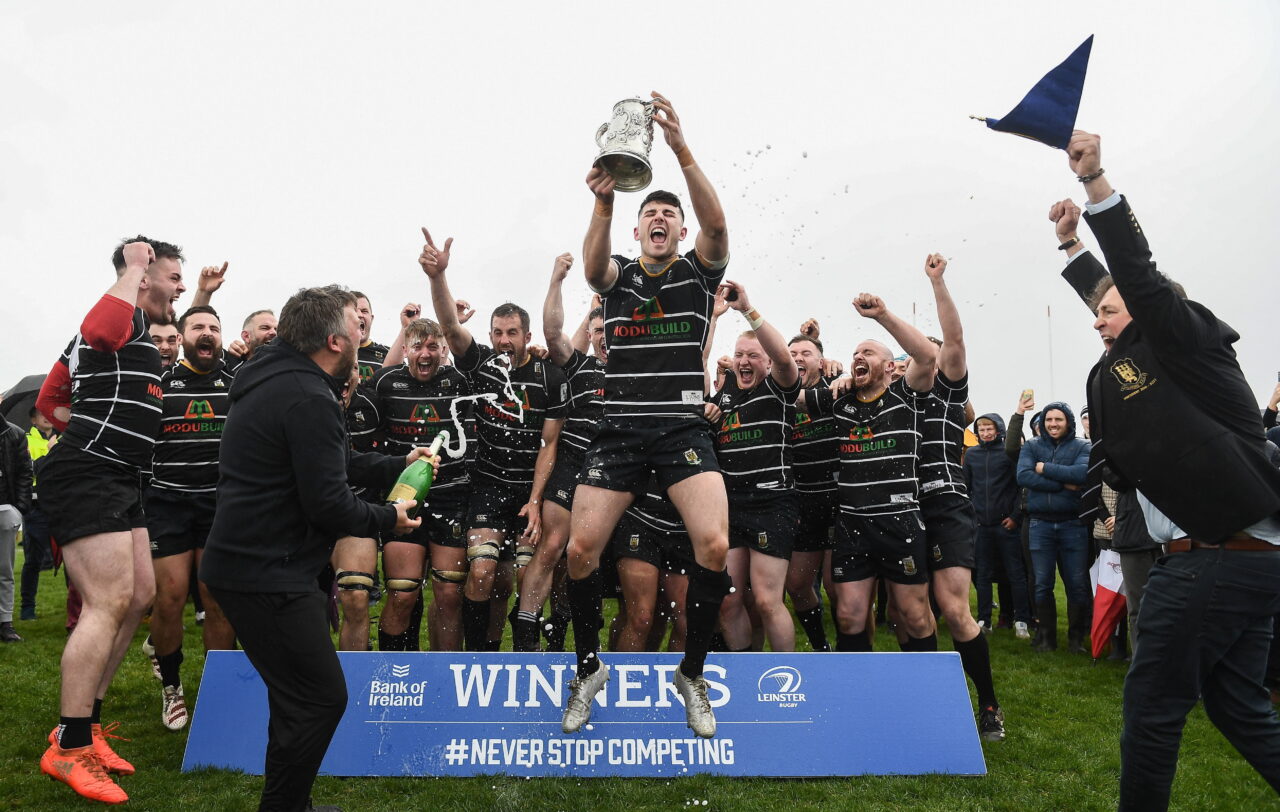 Kilkenny bridged a 20-year gap to once again reign supreme as the Bank of Ireland Provincial Towns Cup champions at Silken Thomas Park on Sunday afternoon.

Kilkenny’s main driver Jake McDonald was to the fore in the opening skirmishes, testing Kelan Toolan in the air and showing his impact on the ground when heading for the corner flag.

The carries of Wes Carter and Conor Dempsey made for quick, front foot ball that was shifted for Aiden McDonald to make the corner in the sixth minute.

The first scrum was a chance for Ashbourne to flex their muscles, Alan Wall, James McCaghy, Mark Behan churning out a penalty that Gavin Kennedy could not turn into points.

It was inadvisable for Kilkenny to give up penalties, as they started to do, as Kennedy was used to apply pressure through their big men.

Conor Hurley took in McCaghy’s lineout throw and the forwards went to work, edging closer to breaking back until the Kilkenny defence forced the ball into touch.

The Kilkenny lineout was grabbed by Carter to set in motion an attack that centre Adam Martin stalled with vigilant work in contact. 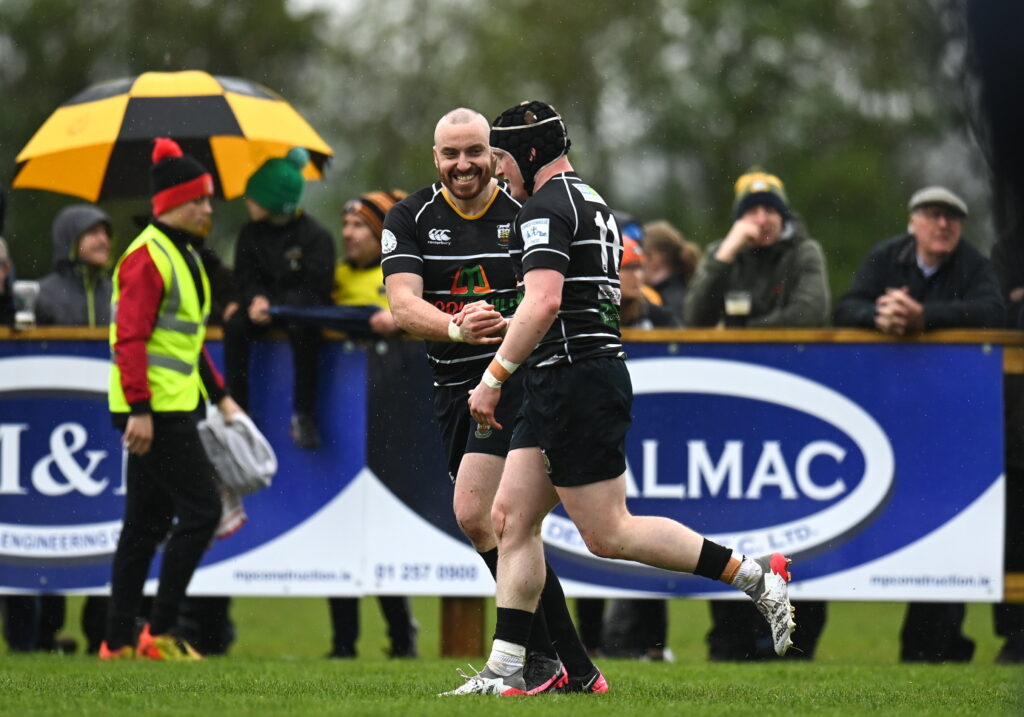 A second lineout penalty encouraged Kilkenny to go for touch five metres out, Dempsey, Joe Manuel, Liam Caddy and Jake McDonald all having a hand in the build-up to flanker Gary Dunne’s finish from short-range, Hugh Corkery converting for 12-0 in the 22nd minute.

It wasn’t time to press the panic button for Ashbourne, content to make ground through one-out runners, led by Jake Wall and Hurley until Aiden McDonald expertly fielded a crossfield kick by Paddy Murtagh.

However, the Meath club was given a reprieve in the form of a penalty advantage that Kennedy used to slot for 12-3 in the 28th minute.

The pace of the game was slowing, Ashbourne’s set-piece becoming a major factor as a lineout led to direct carries from McCaghy and Jack O’Brien, enough to draw in a penalty which Kennedy converted with ease for 12-6 in the 35th minute.

The work rate of Sean Kent, Jake Wall and Hurley was beginning to turn the tide in terms of possession, Kilkenny’s defence holding firm as the half-time whistle sounded.

Kilkenny almost caught Ashbourne napping when the brilliance of Caddy created a half-chance that Podge Mahon could not grasp.

The improving weather led to a Kilkenny penalty for scrum shenanigans. Corkery trotted in from the wing to point at the posts, backing up his confidence with a fine strike for 15-6 in the 46th minute.

The impact of Joe Moynihan at the scrum was pivotal in squeezing out back-to-back penalties for Kilkenny. Carter’s lineout to turn the screw, Ashbourne showing patience and aggression to force a mistake.

Still, Aiden McDonald broke free up the left to give Kilkenny the momentum to earn another penalty, Corkery unable to find the posts from wide on the left. 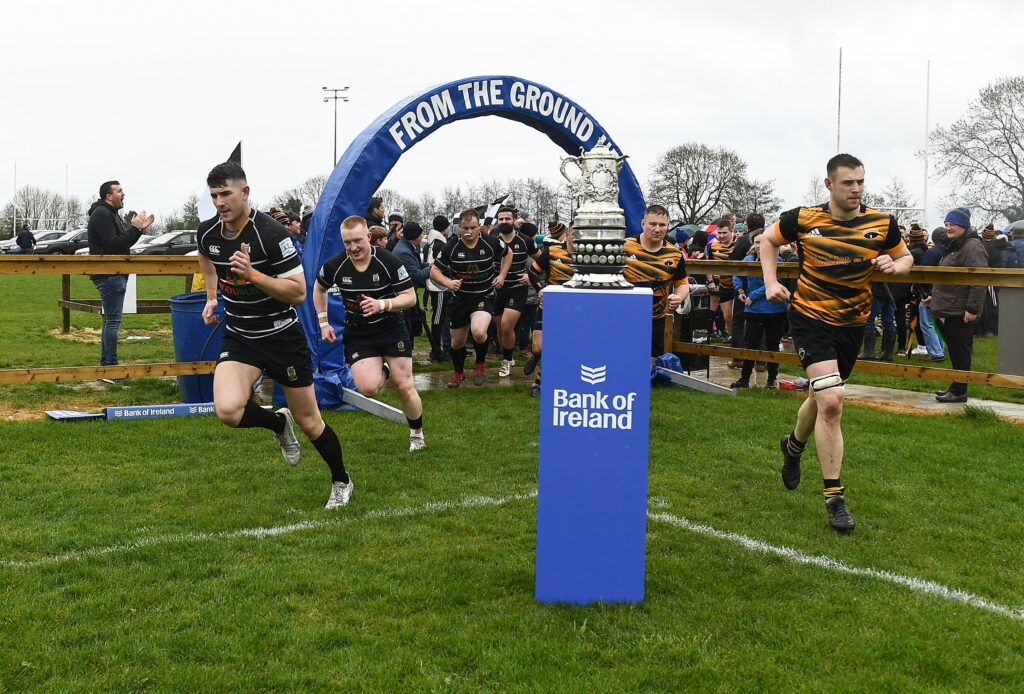 Ashbourne were not built to score quickly, coming left where Paddy Murtagh’s grubber was picked cleanly by Corkery.

It was the basis for Kilkenny to keep the ball long enough for a high tackle to provide extra ground up the left.

A nice lineout and follow-up scrum provided the platform for David O’Connor to take off to the right, the ball recycled at pace for Manuel to have a go and for scrum-half Jake Pratley to sneak over.

It was turning into one-way traffic, Corkery and Stanley making headway inside the 22 and the backs causing an offside which Corkery coolly connected with as Sean Kent was yellow-carded in the 69th minute.

Even when Ashbourne threatened, Carter was there to pick off a lineout and No 8 O’Connor kept carrying the fight

They had time enough to turn defence into attack, Jack Walsh skinning a defender, Caddy shooting through a gap and Corkery gathering a lovely kick for the fourth try which the wing converted for good measure.