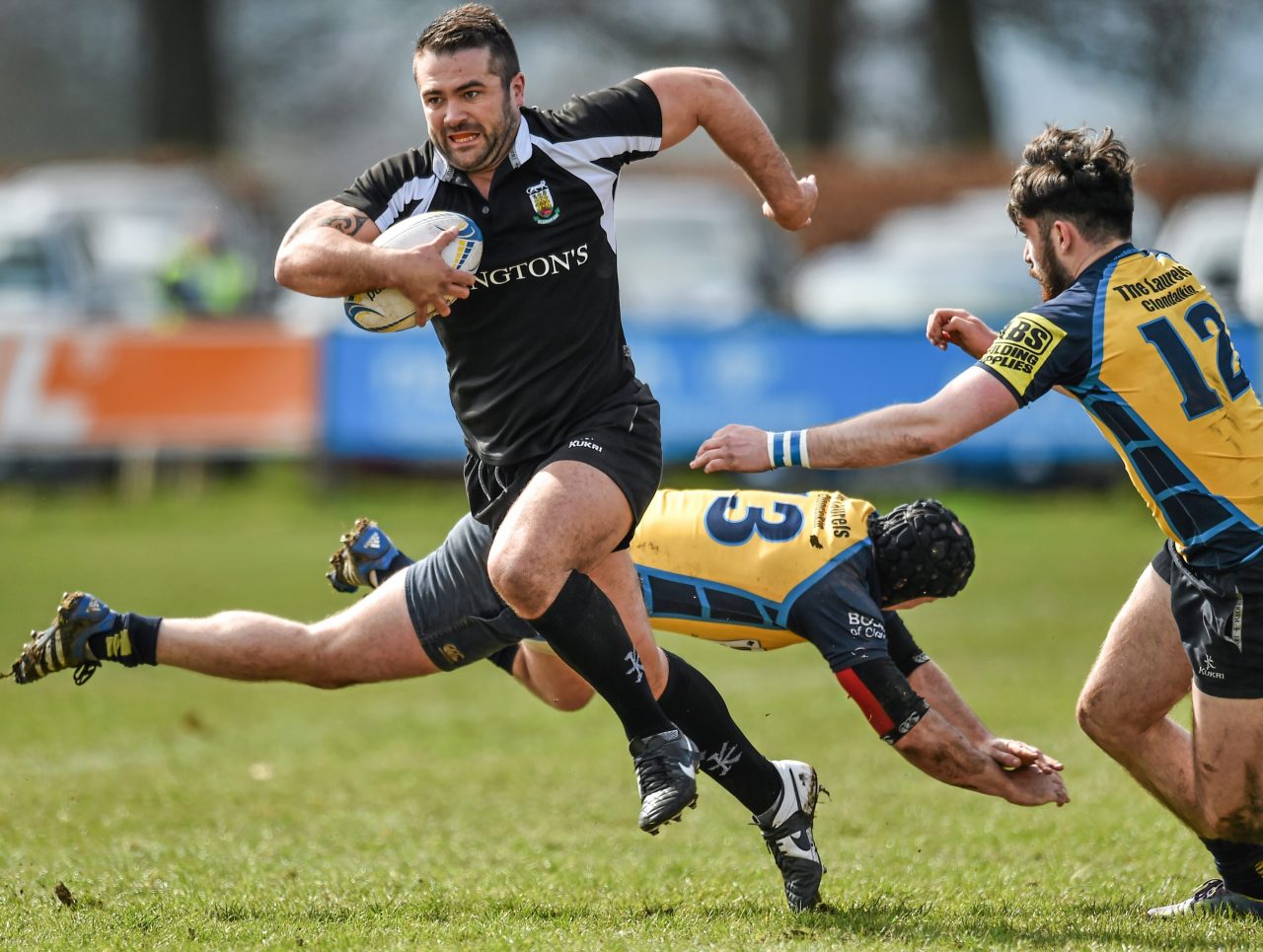 Kilkenny put in a dominant display of free flowing and attacking Rugby on Sunday last to advance to the 90th Provincial Towns Cup final.  Played in Carlow, the newly crowned Division 1B champions were full value for their win as they led from pillar to post to eliminate 1A side Clondalkin.

This semi final clash was extremely tough to call in the build up with the Kilkenny men fancied by many to cause somewhat of an upset.  Kilkenny were the team with the momentum having won Division 1B and they carried on and fed of that to win convincingly.

Right from the off, Kilkenny looked in the zone.  They were fired up and set down a marker in the opening minutes by winning a penalty of scrum just inside the Clondalkin half.  Rory McInerney missed the kick, but it sent out a signal that the men from the Marble city meant business. 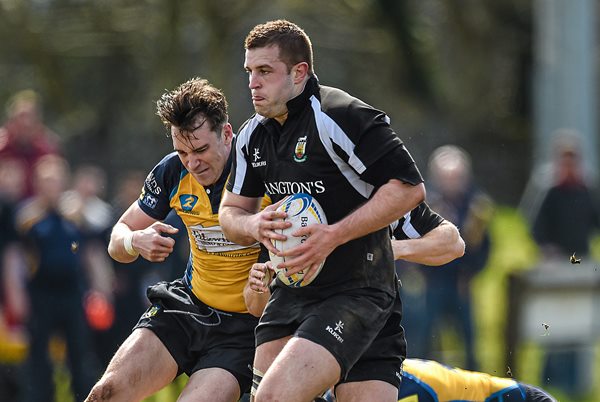 The large crowd were treated to some superb, free flowing and expansive rugby throughout with the Kilkenny backline in flying form, orchestrated by out half Rory McInerney.  While he had an indifferent day with the boot, his control at 10 and his distribution was top class.

Clondalkin were on the back foot for the majority of the game as they played second fiddle to a high tempo Kilkenny effort.

After McInerney’s failed penalty effort in the second minute, John Phelan’s try in the seventh minute was disallowed as the touch judge called scrum half Darren McGrath up on an infringement in the build up, something he received 10 minutes in the bin for.

For all their early pressure, it wasn’t until the 17th minute that the first score of the game arrived.  After waves of pressure, Rory McInerney spun out a fabulous pass, bypassing the two centres and full back to Sean Moran who went over to give them a 5-0 lead. 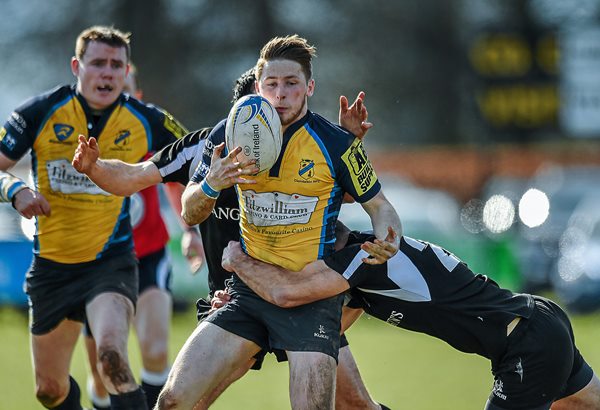 While the conversion was missed, McInerney made amends three minutes later with a penalty to claim an 8-0 lead.  Matt Stapleton kicked a penalty for Clondalkin on 22 minutes to open their account but McInerney answered back with a straight forward one of his own to leave the score 11-13 as half time approached.

There was however to be one more push from the Kilkenny men. After they made steady ground inside the Clondalkin half, McInerney took a pass of the base of a ruck and with second row Andy Nyhenuis popping up in the centre, he threw a sidestep and ran on to touchdown leaving a simple conversion for McInerney as Kilkenny commanded an 18-3 interval lead.

Clondalkin needed to make something happen early in the second half and they got their first try of the game five minutes into the second 40 minutes.  Matt Stapleton made a break down the flank and with the Kilkenny defence caught napping, Paul Nolan gathered possession and crossed for the converted try. 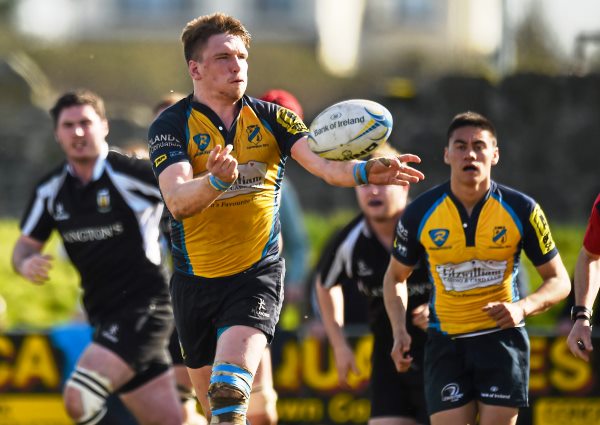 Kilkenny led by eight points with a half an hour to play but they put the final nail in the Clondalkin challenge with two tries in the space of three minutes.  Rory McInerney made a defence splitting pass to the onrushing Paudge Mahon and the centre weaved from half way, through the Clondalkin defence and over the line.

Three minutes later and David O’Connor got over from a forward maul from five metres out and the Kilkenny men now led 30-10 with 27 minutes remaining.  Paudge Mahon turned provider for their next try as he cut back inside, fed Joe Manuel before the winger set Darren O’Brien free to score. 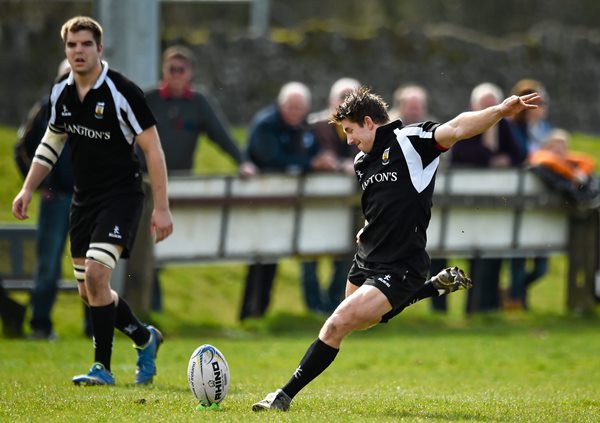 With the result beyond doubt, Clondalkin threw caution to the wind and pressed hard.  David O’Connor was sin binned as Kilkenny struggled to keep them out.  Barry Mulloy got in the corner for their third try of the day on 62 minutes as they cut the gap to 20 points.

With both sides emptying their benches, Kilkenny struck for a final try with nine minutes to go.  Second row Andy Nyhenuis, who opened the scoring, made a massive line break in the midfield and ran on from half way to score and to put Kilkenny on to 40 points.

With the last play of the game, Seanie Brennan barged over for Clondalkin with Stapleton adding the extras but it was only a consolation as Kilkenny celebrated reaching the final for the second year in a row.