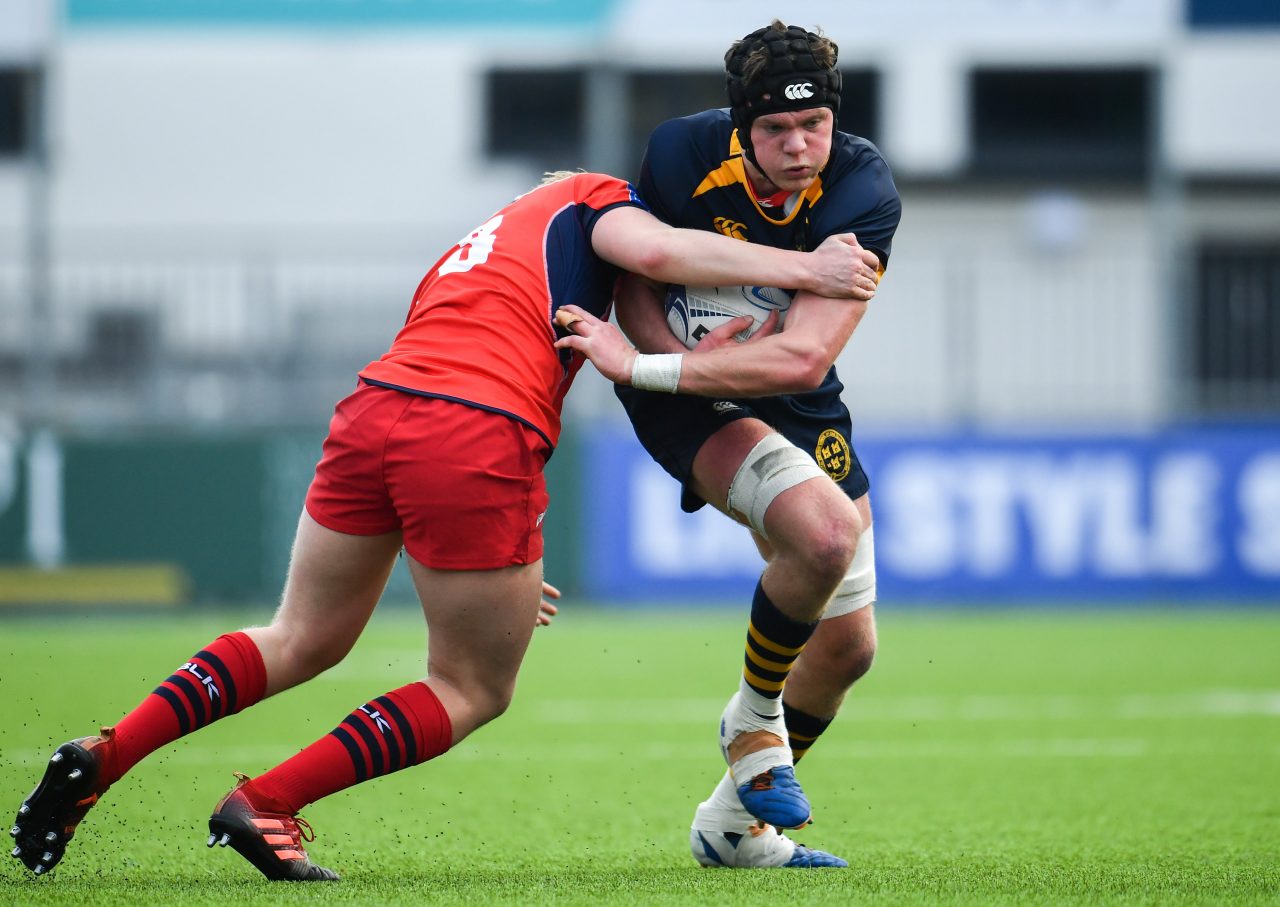 King’s Hospital are into the final of the Bank of Ireland Vinnie Murray Cup after beating Catholic University School at Energia Park today.

A late brace of tries from Adam Bagnall and Steven Walshe were decisive in helping the Palmerstown students to victory which also sees them into Round One of the Leinster Rugby Schools Senior Cup.

King’s Hospital were disappointed to be going in at the break trailing 7-0 after holding most of the possession in the opening 35 minutes.

Early forays into the CUS ’22’ were knocked back by a resilient pack defending the line.

We had to wait just over 20 minutes for the first score to come in the game and when it did, it was very much against the pattern of play to that point.

In their first venture into the King’s Hospital ’22’, CUS were awarded a penalty 10m out.

They opted for the scrum and worked the ball through the phases before Jack Guinan, in a show of strength, dragged a couple of King’s Hospital bodies to the line with him as he grounded. Aitzol King converted.

Immediately after the restart, King’s Hospital drove back into CUS territory and when a penalty was awarded in front of the posts, they aimed for three.

Alex Walsh, however, saw his effort strike the upright and bounce away. That setback was further worsened by the loss of captain Stephen Walshe to the sin bin just moments later.

There would be no further points before the break, and scoring opportunities were limited early in the second period also.

The game was close to an hour old when ‘King’s Hos’ managed to get off the mark, thanks largely to their talisman Walshe.

They looked to have spurned their opportunity until Walshe stripped CUS of the ball close to their own line and, from there, they proceeded to test the Leeson Street school.

Eventually, the ball was worked out to winger David Brennan who did well to ground the ball despite being turned onto his back in the tackle.

And it was Walshe who got the decisive try in the 67th minute, barreling over in the corner with some assistance.