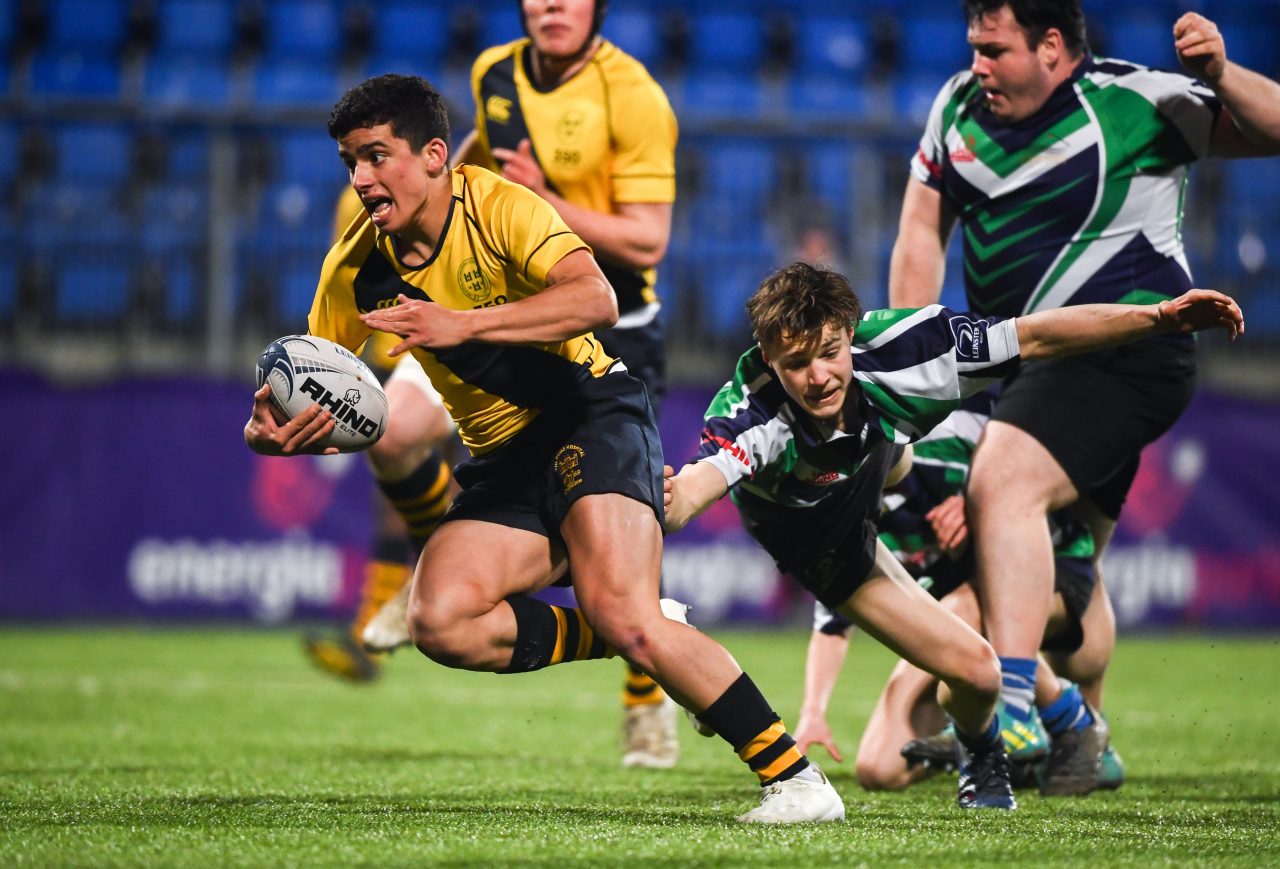 King’s Hospital just about did enough to see off Gorey in the Bank of Ireland Vinnie Murray Cup first round at Energia Park on Tuesday.

It must be said that defence was secondary to attack in this 12-try shootout.

The north Wexford school was led admirably by Leinster Clubs’ Mark Boyle, the younger brother to Connacht’s Paul, the captain grabbing a brace to go beside a double from centre Sean Wafer.

It was King’s Hospital’s wider array of threats that eventually won the day as outside centre Mateas Gianetti struck for two of their seven tries.

The match winner arrived from number eight Steven Walsh in the last quarter to give Hos’ the two-score buffer they needed to make Gorey’s fifth from Boyle nothing more than a consolation in the last minute.

The Palmerstown school move on to meet Newpark Comprehensive in the second round of the Vinnie Murray Cup.