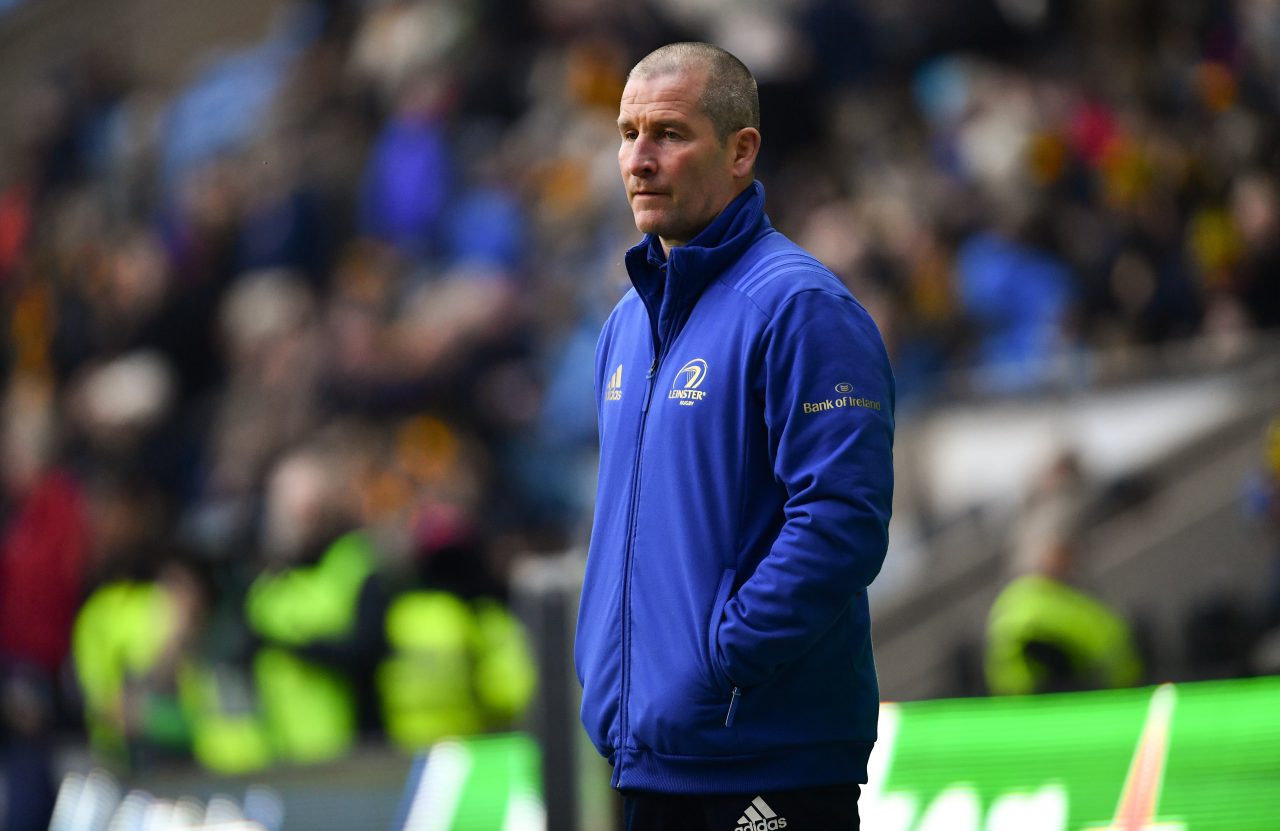 Leinster Rugby senior coach Stuart Lancaster is looking forward to the final leg of the 2018/19 campaign, starting with this weekend.

Leinster’s trip to Scotland to face Edinburgh in Murrayfield is the beginning of the final block of games this season.

As well as the culmination of the Guinness PRO14 Conference phase, there is the Heineken Champions Cup quarter-final against Ulster on 30 March.

“The last two weeks were the calm before the storm,” says Lancaster. “We’ve got a massive game on Friday night against Edinburgh who are fighting hard to get into a playoff spot.

“We’ve got the re-integration of the Ireland players coming back in this week alongside running a team to play Edinburgh. With the combination of 45/50-odd players fit and available for selection, we need to build a team that’s got cohesion and confidence and belief going into the Ulster game”

The regularity of club coaching is something that Lancaster enjoys and is part of the reason he has committed to Leinster by signing a contract extension.

“I think I’ve said from the outset that I’m very lucky to have had the opportunity after coaching England to come to such a top club.

“Currently, European champions and you’ve got a whole raft of talented players who you’re coaching on a day-to-day basis,” he added.

“I could see the potential from before I arrived because when the call came from Leo, the first thing you do is assess the squad, assess the current situation. We’d just lost against Connacht in the PRO14 final but I saw more than enough in the team to believe that success could be built.

“It was quite an easy decision to make and with Leo staying as well, it means that we can continue to work together and, hopefully, build on what we’ve achieved so far.”