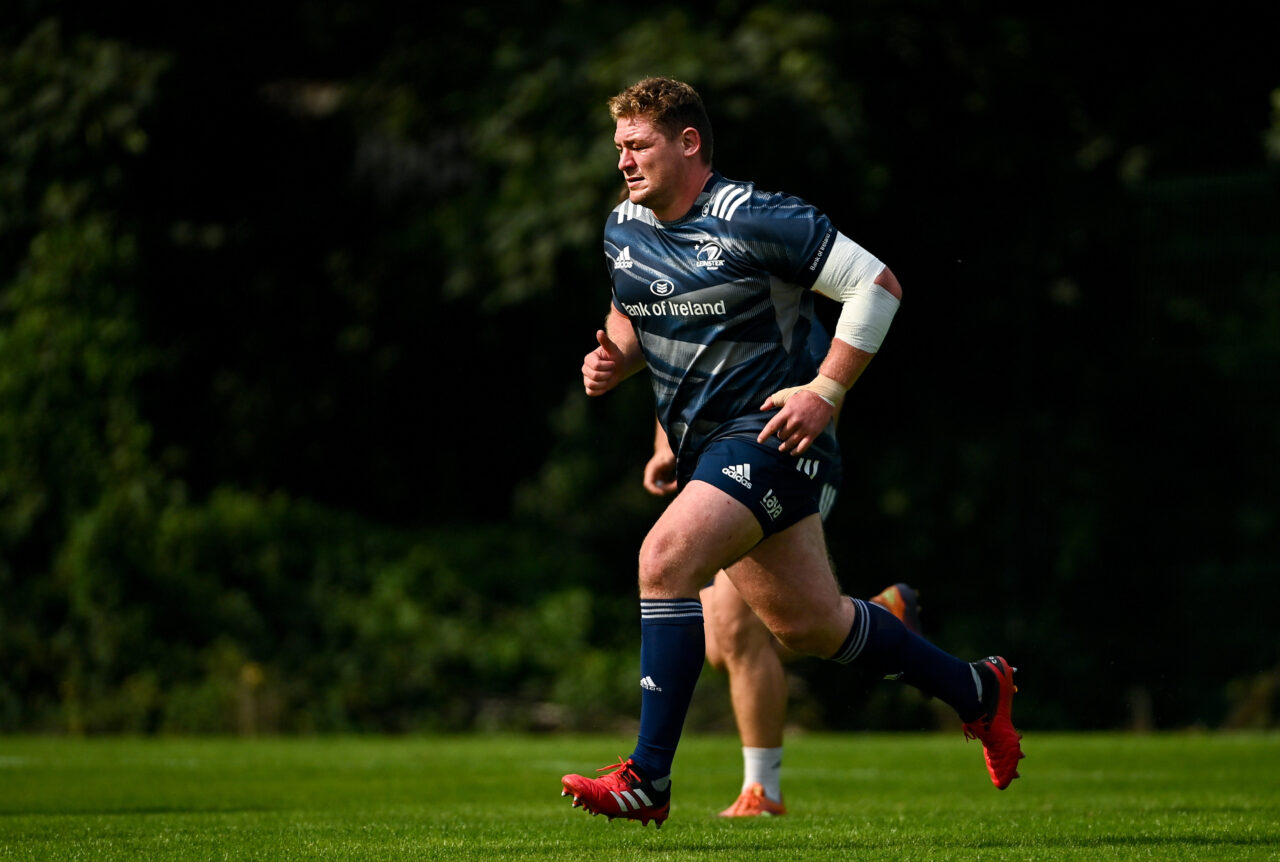 Stuart Lancaster provided an update on Tadhg Furlong when he spoke to the media this week ahead of Sunday’s Guinness PRO14 meeting with Scarlets in Llanelli (KO 5.15pm, live on eir Sport & TG4).

The Wexford prop has yet to feature since the return to rugby in August. Furlong successfully recovered from a back injury but picked up a calf injury which has kept him out of action.

“He’s still got a bit of work to do, I think,” Lancaster said when asked about a potential return for Furlong.

“We definitely don’t want to rush him back until he’s ready. We want to make sure we get him right and he comes back robust. He’s training fine now. He’s not training with the team but he’s in the gym and he’s active and busy all the time.

“Obviously, we want to try and get him back as soon as possible, but I certainly don’t think it’ll be in the next week or two. We’re planning for…certainly not for the Scarlets game and obviously we’ve got Europe to come as well. We’ve got a week off between now and then so we’ll see how he goes in that week off.

“He’s got to do a certain number of training sessions in order for us to consider him to be available to play in Europe, to be honest. We need to get that box ticked first and we’re not at that point yet.”