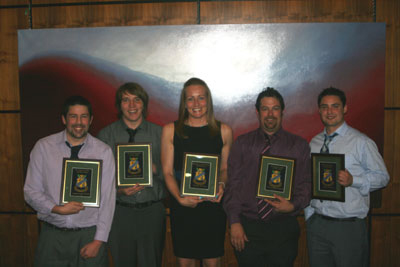 It was a case of 101 not out for Clondalkin Rugby Club recently, as the Gordon Park club kitted out over a century of senior players for the first time in its history…

There certainly isn’t a recession in terms of players in the Dublin club and rugby in the area continues to expand as quickly as a retired props waistline.

That growth was signified over two weeks ago when the ever-developing club kitted out 101 players over two days for senior action.

With the firsts and seconds, who were home against Ashbourne, the thirds, who hosted Barnhall, the fourth string, who battled Tallaght and the ever improving and growing Ladies team that travelled to UCD, Clon had over 101 players sporting the crest and primed for action.

It is another historic achievement for the club and an area that seems to be embracing rugby via its local club.

“Our President John ’Sid’ Stapleton said to me that we had over 100 senior players kitted out and ready to play last week and I couldn’t believe it,” club captain Dan Fitzpatrick explained.

“It is a massive achievement for what is essentially a small club. I remember captaining the second team and ringing around to get 15 on Sundays and now our fourth and ladies team have subs. Wait until the over 35 season starts again!

“Massive thanks has to go to the committee and the work they put in. Every training session there seems to be a new face in the crowd it is great, not to mention the amount of underage stars we are producing.

“We pride ourselves on how welcoming we are and I would like to think that is a factor. I would also like to further extend a welcome to anyone interested in getting involved at any level be it playing, coaching or even just becoming a supporter.”