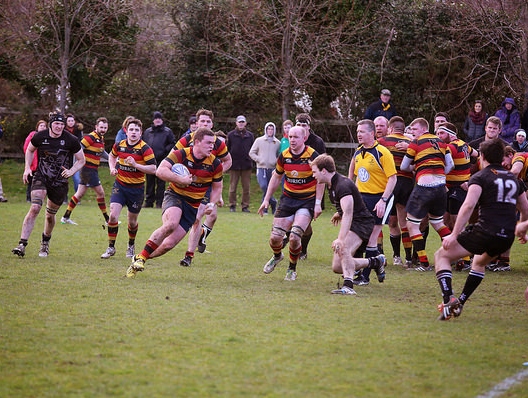 Dan Mannion who led Lansdowne 2nds are now going for the ultimate League and Cup Double having landed the Metro Division 1 title with a hard fought 9-6 final win over Old Belvedere.

Similarly, Terenure are also in line for a double of their own after capturing the senior 2nds League Cup with a victory over Lansdowne in a Christmas thriller 33-23 with both sides producing rugby of the highest quality.

Terenure College RFC, who struggled for league form and needed to win their last league game to assure themselves of Metro Division 1 rugby next season, have put a decent Cup run together and managed to overcome a strong UCD in the semi-final.

Captained by Barry Elliot who has been a fantastic captain and player all season Terenure will need to produce another high quality performance to compete against a Lansdowne side who won 12 of their 14 league games averaging 4.5 tries a game.

To all rugby people, a Bank of Ireland Metropolitan Cup medal is very special and history tells us that it is an extremely difficult Cup to win.

Both sets of players have the opportunity to play in Donnybrook this Saturday to add their names to the roll of honour and both Clubs will bring large numbers of supporters to cheer their teams on. Kick off for the Metropolitan Cup begins at 4pm.

All the best to both Dan, Barry and all the players from Lansdowne and Terenure College in the Metro final and don’t miss this one, it will be a cracker.

The Bank of Ireland Albert O’Connell Cup will be played at 2pm on the same day in Donnybrook where Lansdowne FC will go head to head with home birds Old Wesley RFC.

Tickets available on the gate.