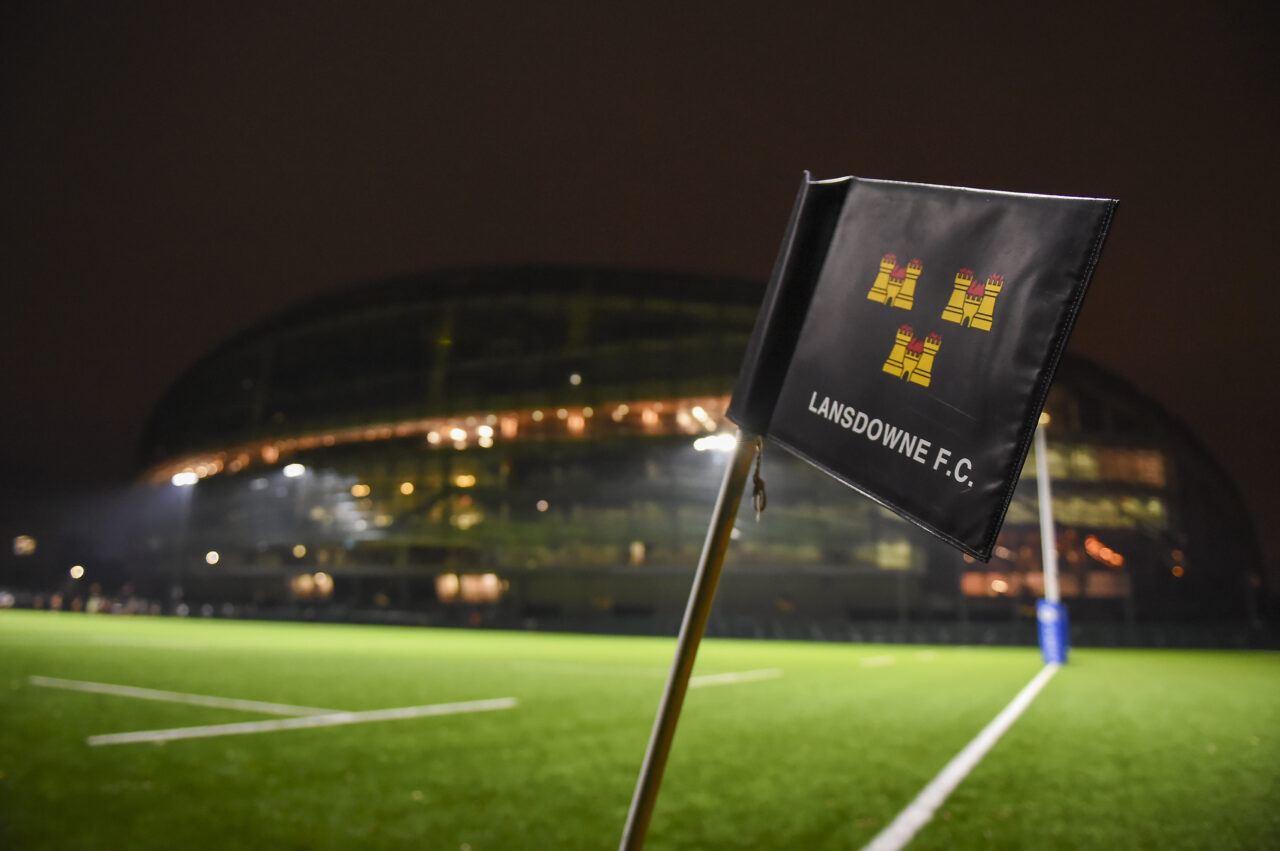 This article first appeared in the Official Matchday Programme for Leinster Rugby’s Guinness PRO14 clash with Dragons on October 2, 2020.

These have been strange times indeed.

The life and soul have been sucked out of so many of Ireland’s sporting clubs and Lansdowne FC is no different as head coach Mark McHugh leads the way up a flight of stairs into the bar and lounge located in the shadow of Aviva Stadium.

Almost all the lights are off as the rain outside pounds the glass.

“We live in very difficult times. It is such a shame to see the place like this. I mean it is the people that make the club and there is no one here, most of the time,” said McHugh.

“There are so many other sports all across the province and the country that are the same. Hopefully, it won’t be too long before we can all get back to the way life used to be.”

Even before Covid happened, it wasn’t exactly a bed of roses when McHugh took over as head coach in the middle of last season.

Lansdowne had lorded over the Energia All-Ireland League for three of the seven previous seasons when they dug a deep hole.

The had endured a disappointing start under Mike Ruddock, losing five from the opening six rounds. And then the Grand Slam-winning coach was gone back to Swansea, to Ospreys.

The ex-Leinster and Connacht professional moved from six seasons as Ruddock’s backs coach to taking over the main role, triggering seven wins from the ensuing eight encounters to climb into a play-off position.

“It was great for me to learn from Mike and be part of his coaching ticket. When his old team came asking for help, it was difficult for him to turn it down. We all understood that. 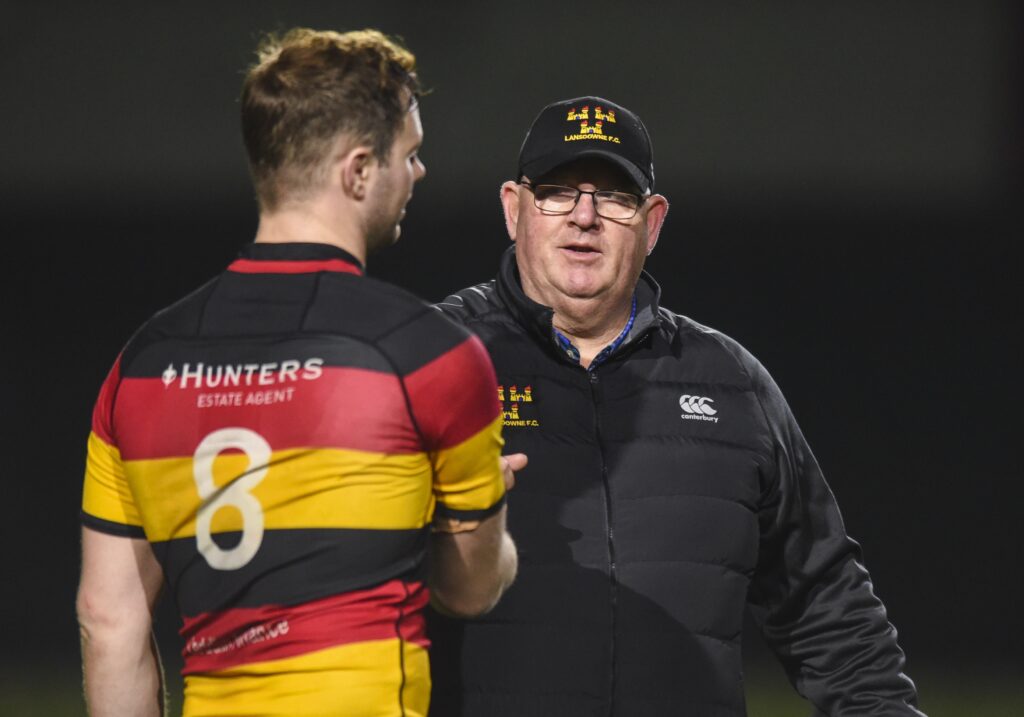 “We moved from bottom of the table to fourth with a number of last-minute wins. We had turned the season around and, then, it was over.”

The call came the night before Lansdowne were due to play Trinity College. One match postponed turned into a campaign cancelled.

“It was such a shame we couldn’t see out the season. We had made great progress in three months, winning so many games in injury-time and losing our only match to Young Munster by a point.”

Since then, the country has been in limbo, the clubs rolling out their rugby programmes on-and-off as best they can within strict guidelines.

“The most challenging thing is you are working on a week-by-week basis because the landscape can change so quickly,” said McHugh.

“We started back training the second week of July and, at that time, we were restricted to our pods of six players. The amount of rugby work you can get done in those small groups is limited to your technical skills, your pass-catch, decision-making.

“Certainly, initially, it was a challenge and our senior squad this year is large. We’ve got the guts of 50 players training on a Tuesday and Thursday night. As restrictions eased, we were able to get back to real rugby training, managing to make the best use of our time.

“From a Covid point of view, the reality is we just don’t know what will happen in the weeks ahead,” he stated.

“The only thing we can do is approach this season thoroughly, in terms of our preparation. As soon as the gremlins get in and doubt creeps into what is ahead, all of a sudden, you are not as well-prepared as you should be. That is when you get caught out.

“There is uncertainty, a little anxiety, about what’s happening. We have to prepare like we would for any other season.”

Even then, there are no guarantees. 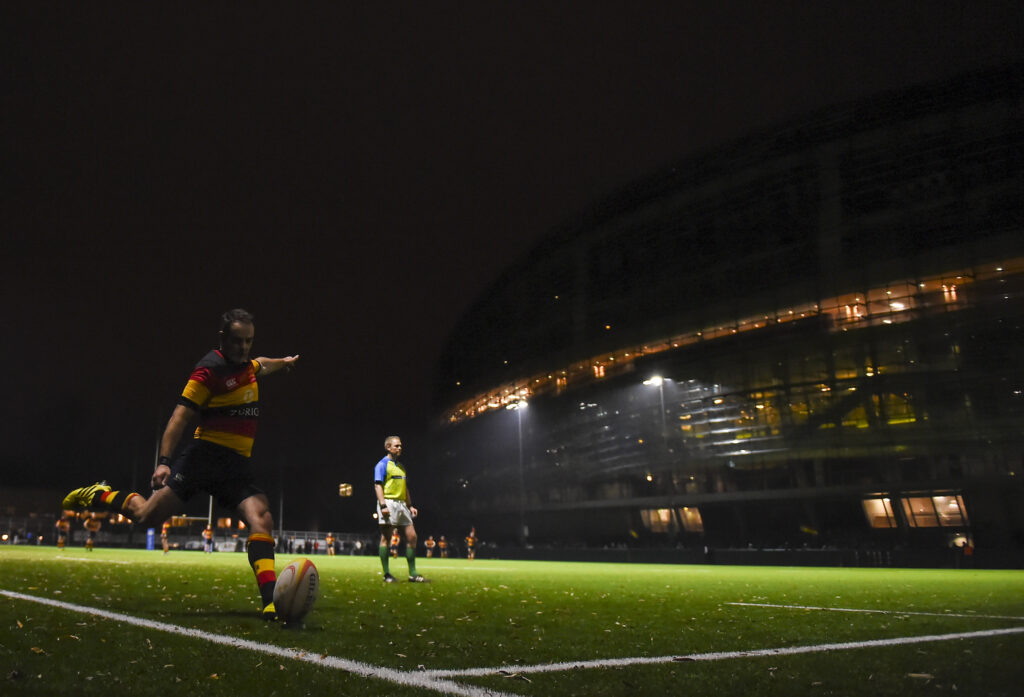 “We do constantly remind the guys about their responsibility,” he added.

“They are young men and they do like to socialise, as we all did when we were their age. We have been quite clear. Their responsibility extends to representing Lansdowne.

“If they are not doing what they should, they risk bringing Covid-19 to the club and that could jeopardise the season.”

Director of Rugby Stephen Rooney and Covid Officer Kieran Walsh are heavily involved in the logistical side of the club.

Where there are challenges, there are also opportunities. The strict guidelines around what events can take place and who can and can’t attend the matches hurt the club financially.

It has also pushed clubs to come up with new and interesting ways of reaching out to their members or persons of interest who have drifted away.

“We do have plans to stream the games live. We are looking at technology providers,” issued McHugh.

“From what I understand, it is as simple as connecting to the cameras the club already has on-site to record the games for video analysis. There are people who can’t get to Lansdowne for a variety of reasons. They could have young families at home. They may be living outside Dublin or even abroad. Something like this is brilliant for providing a way of keeping in touch with the club.

“It probably should have been out there a long time ago. I guess it is here now. It is definitely a really useful tool for keeping members engaged in the rugby club.”

It is this kind of positive thinking that enables clubs to reach out. Some day, the atmosphere at Lansdowne will be revived, the people will come back and there will be renewed life where now there is a state of limbo.

“This is different gravy. It is not something any of us have ever seen before. We just have to do what we can within the guidelines laid down.

“The government and sporting governing bodies have been very reactive to this. How can they possibly be pro-active? They don’t know what is coming down the line.

“We just have to continue as normal as possible from a rugby point of view. For the club, it is very different to run it when you have no income coming through the door.

“That is the challenge for every club, every sport in the country.”