The last five meetings between Leinster Rugby and Glasgow Warriors 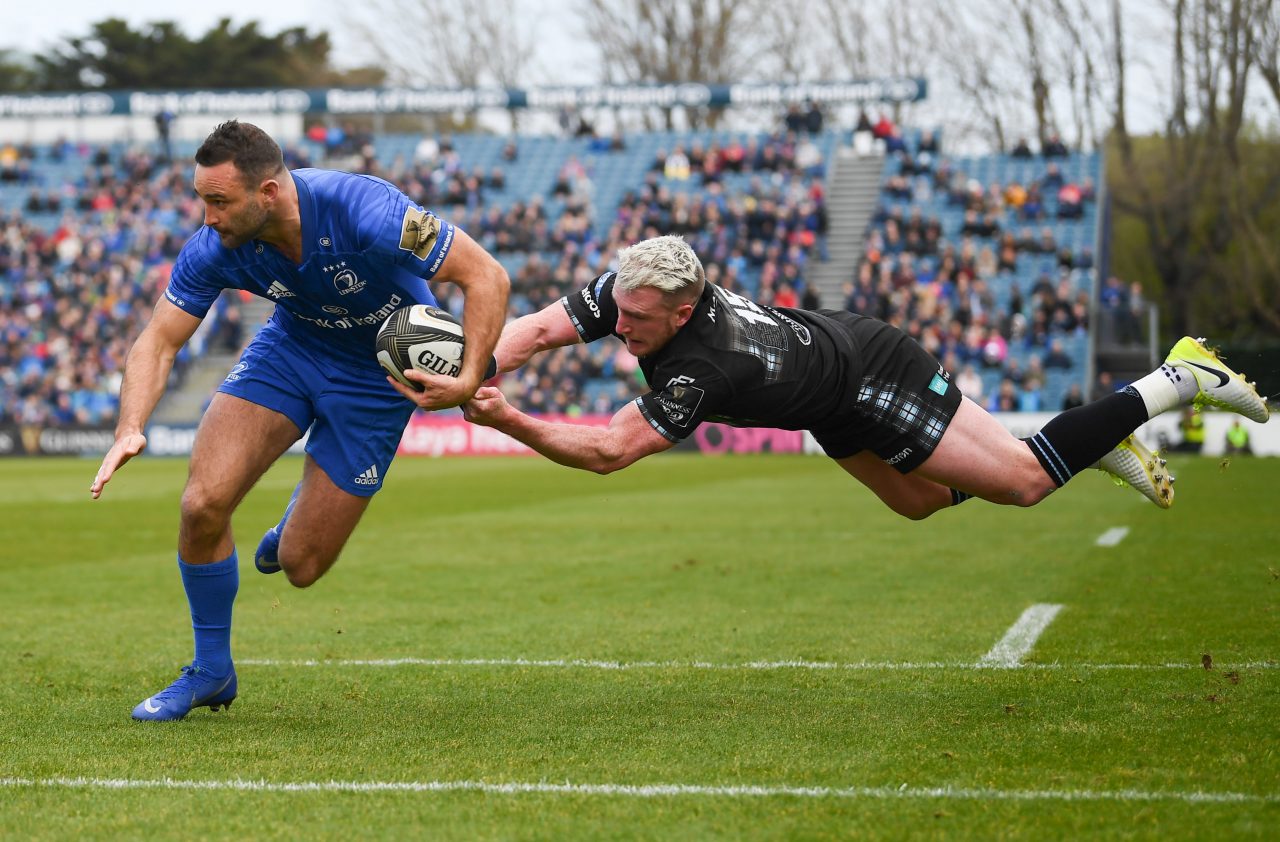 On Saturday, Leinster Rugby and Glasgow Warriors face off in the Guinness PRO14 Final at Celtic Park in Glasgow (KO 6.30pm).

Both teams will be very familiar with each other having met 36 times across the PRO14 as well as on eight occasions in the European Cup, all in the pool stage.

Floodlight failure with just over 90-seconds remaining made this contest even more nerve-racking as the 20-minute delay only prolonged Glasgow’s efforts to get a last-gasp score.

Leinster started well with tries from Dominic Ryan and Rory O’Loughlin in the first eight minutes helping them towards a 23-6 half-time lead.

However, replacements Ali Price and Finn Russell were the catalysts for a final quarter comeback that eventually had Glasgow two points ahead.

Joey Carbery’s 74th-minute penalty gave the advantage back to Leinster before floodlights intervened with play.

On the way to clinching a historic fourth European Cup, Leinster met Glasgow Warriors in the pool stage of the 2017/18 Champions Cup.

The Irish province won both ties with the first of those taking place in Glasgow in Round 2 where Leinster also clinched a bonus point.

Two first-half tries from Cian Healy had Leinster in control at the break (17-10), and they pushed on with additional five-pointers from Johnny Sexton and Noel Reid in the second half to put Leinster in the driving seat in the pool. 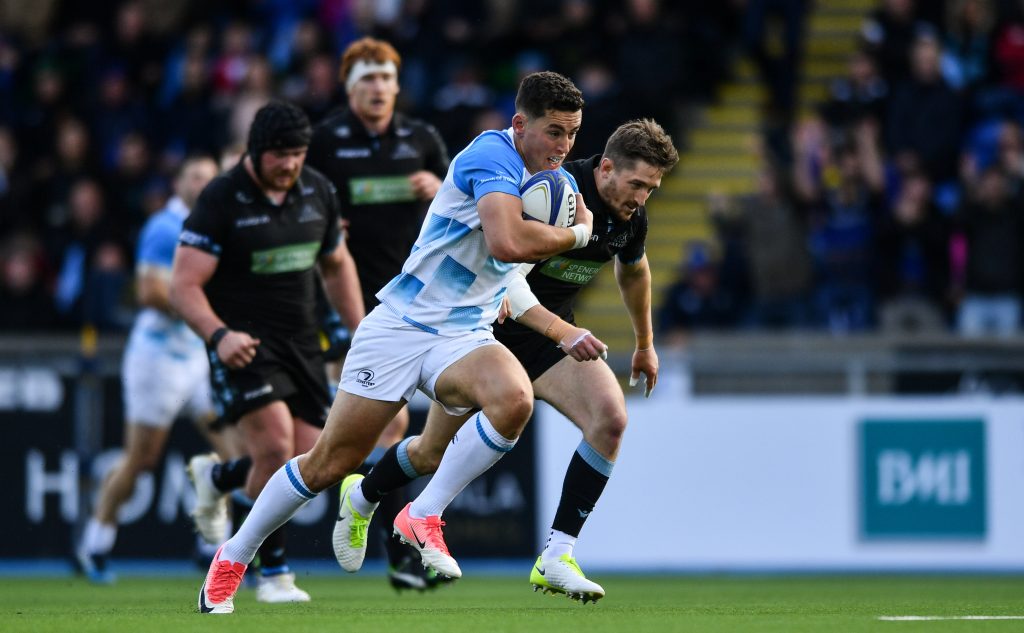 Leinster returned to Scotstoun just a fortnight later to face the hosts in the Guinness PRO14.

The game started at a thundering pace with four tries within the first 14 minutes, the teams scoring two each. Glasgow then added two more to seal their bonus point just after the end of the first quarter.

Adam Byrne touched down after the restart but Leinster failed to build on that and the home side’s early salvo was enough to see them to victory.

Round 5 of the 2017/18 Champions Cup pitted Leinster and Glasgow together for their third meeting of the season, the first in the RDS.

Similar to the PRO14 meeting in Scotstoun, the home side, Leinster in this instance, had their bonus point wrapped up before the whistle sounded for half-time. 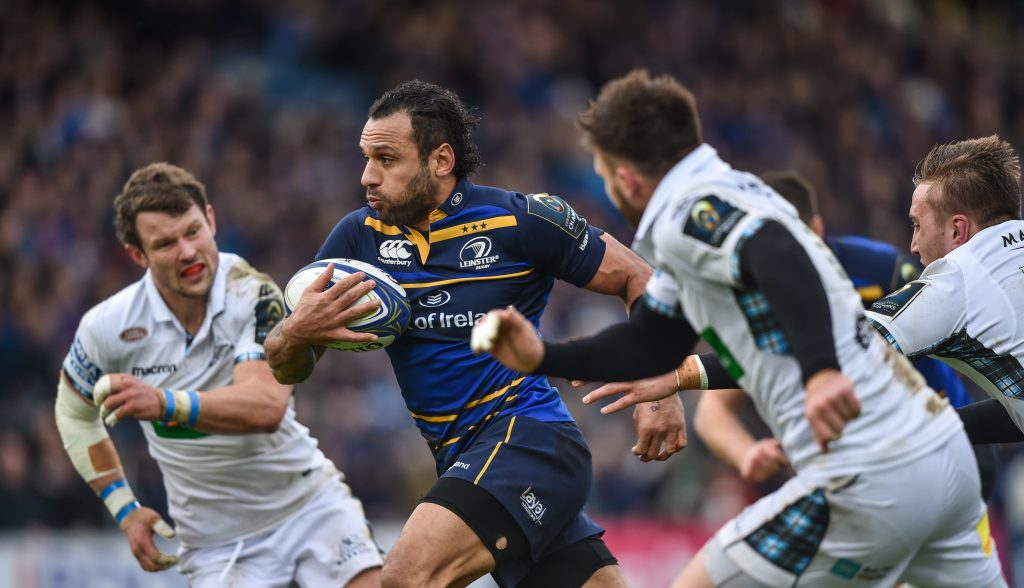 Jordi Murphy, Isa Nacewa, Seán Cronin, Scott Fardy and Johnny Sexton all dotted down in the opening 40 minutes with Nacewa and Fardy adding seconds later on.

Leinster’s 55-19 win confirmed a home quarter-final in the knockout phase.

The most recent meeting between these two was only just over a month ago. A Leinster team already assured of a home semi-final came up against a Glasgow side battling to secure top spot in Conference A.

Both Rob and Dave Kearney touched down for a brace of tries but it wasn’t enough to keep the determined Scottish side at bay. Glasgow Warriors’ own pair of brothers, Matt and Zander Fagerson, both got on the score sheet in the second half along with George Horne as Glasgow finished strongly to clinch the points on offer.