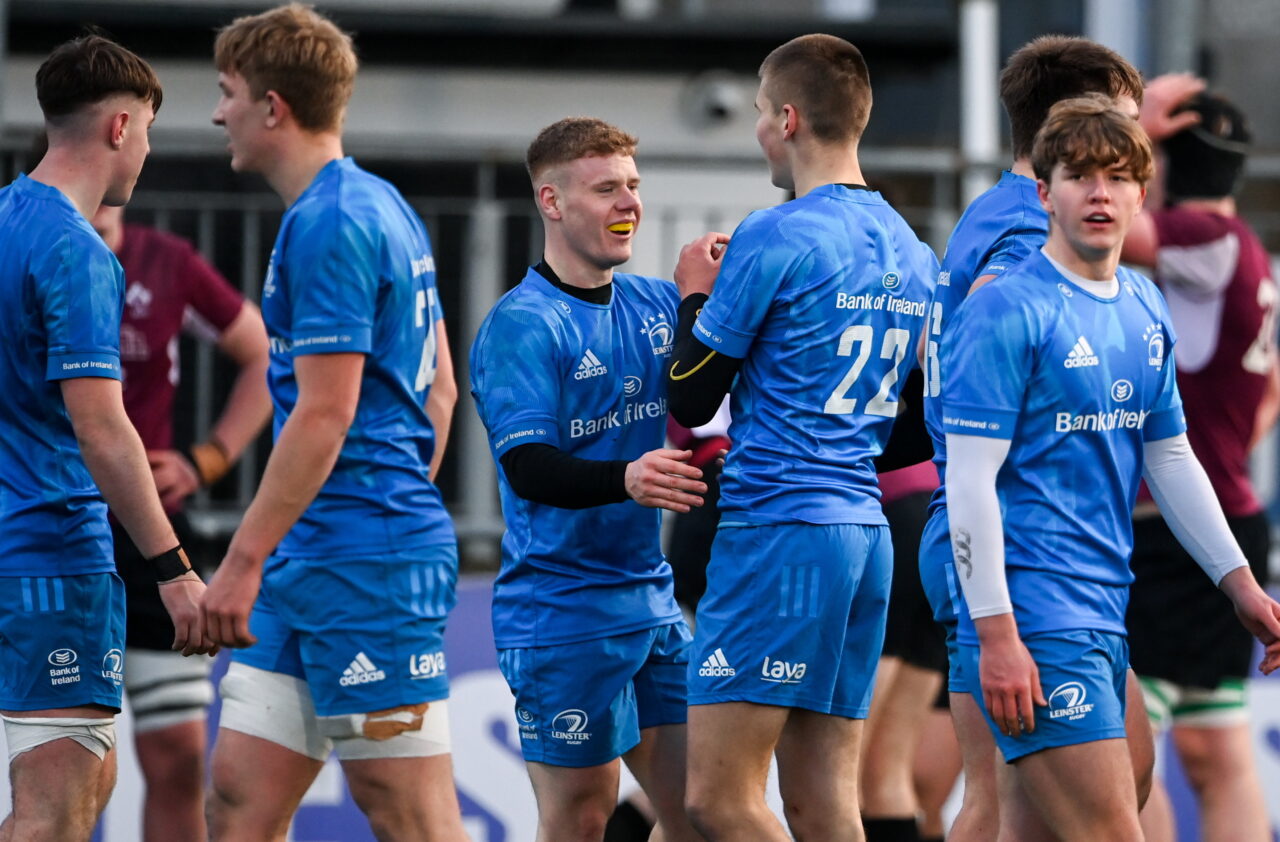 It took a last minute try to snatch a 24-21 victory for a Leinster Rugby Development side against the Ireland U20s at Energia Park this afternoon.

The game was played to help the Ireland U20s and to provide valuable game time as they continued their preparations for the forthcoming U20 Six Nations.

The game also offered valuable minutes for Leinster Rugby players ahead of a big few weeks in Leinster blue and back at their clubs in the Energia All-Ireland League.

Leinster started the brighter but Richie Murphy‘s Ireland side overcame that shaky start and were on course to earn a second successive warm-up win, following last week’s 21-13 triumph over Munster Development at Musgrave Park, but Leinster had other ideas and, courtesy of a stoppage-time try from winger Donal Conroy, they claimed the spoils at the end of an eventful contest.

Playing in front of Leo Cullen and Stuart Lancaster, it was Leinster who made the early inroads.

Captain David Hawkshaw (whose brother Daniel featured for the Ireland U20s against Munster last week) was presented with an opportunity to shoot at the posts six minutes in, but instead opted to kick to touch. 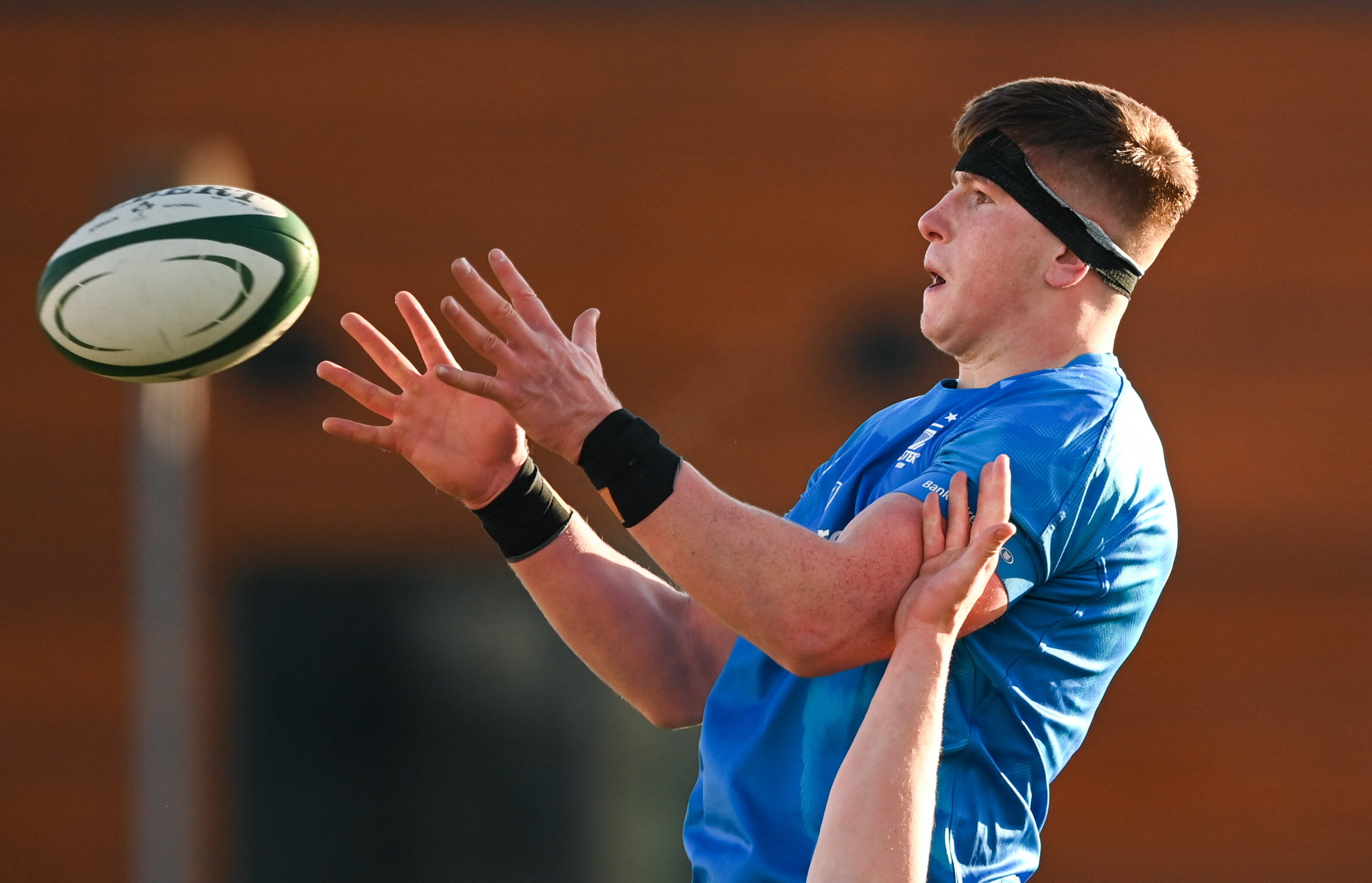 This proved to be a shrewd decision as, from the ensuing line-out maul, towering lock Joe McCarthy drove over the whitewash for a breakthrough score. Although Hawkshaw’s subsequent conversion rebounded off the upright, Leinster had set out their stall on home soil.

Despite some nice flashes from full-back Patrick Campbell, Ireland were still trying to find their feet.

Leinster, on the other hand, were playing with confidence and doubled their advantage in the 15th minute when McCarthy’s Dublin University club-mate Conor Gibney got on the end of an attacking overlap to touch down in the right-corner. 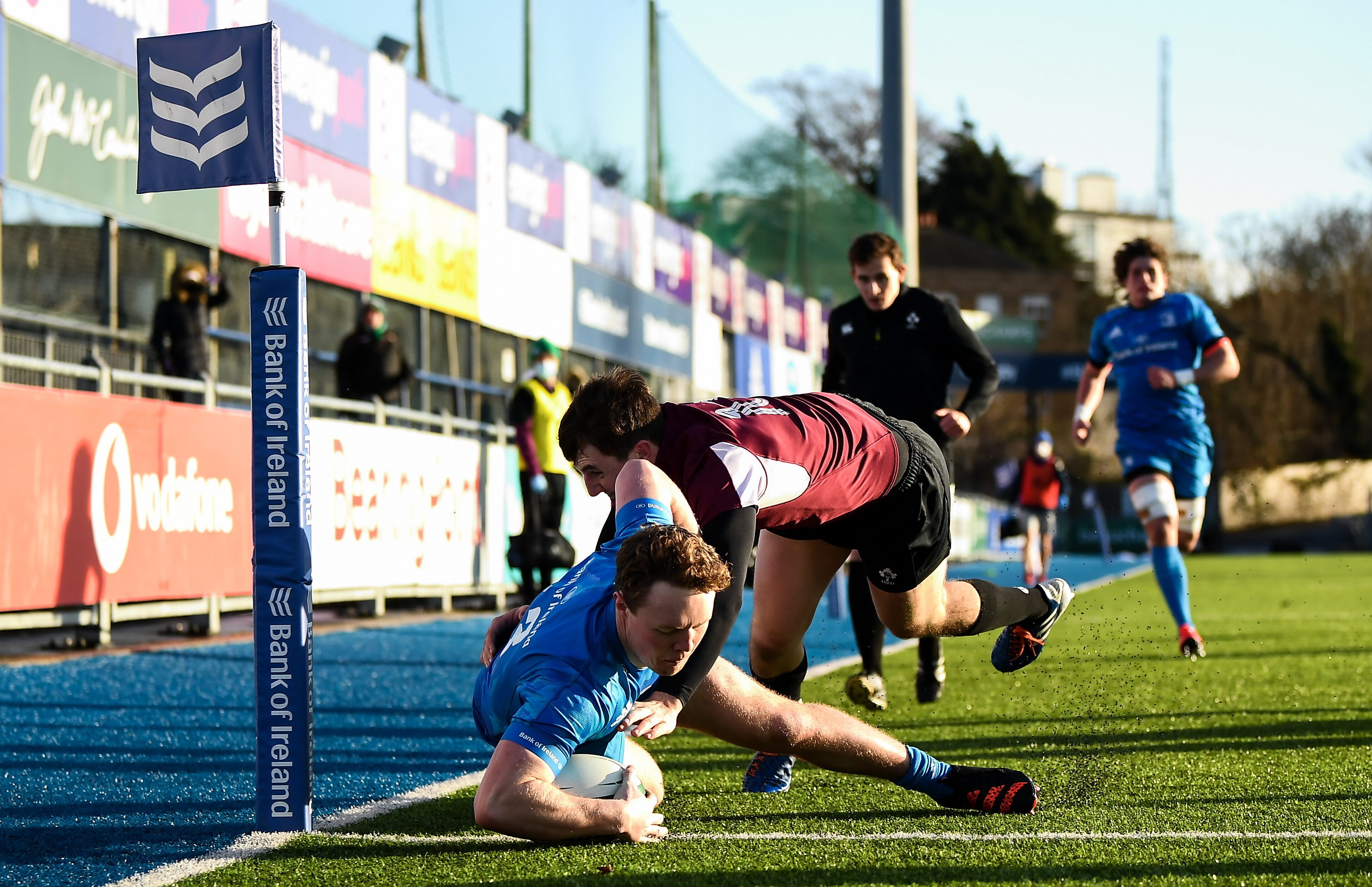 The gap remained at 10 points after Hawkshaw marginally fired off-target from a touchline conversion. As expected, Ireland eventually came into their own and enjoyed a sustained period of attacking pressure just past the first-quarter mark.

The Ireland U20s looked set to open their account in the 25th minute when they found themselves within inches of the Leinster line – only for the home side to ultimately turn them over and kick to safety.

Ireland continued to pursue an opening score, however, and their persistence finally paid off just past the half-hour. Following Lansdowne FC’s Charlie Tector’s kick to touch on the left-flank, they once again established a foothold inside the Leinster ’22’.

Ireland managed to keep Leinster on the back-foot on this occasion and Matthew Devine released UCD centre Fionn Gibbons for a powerful finish over the line. Tector supplied the extras and suddenly the deficit had been reduced to just three points.

Ireland were now the dominant side in terms of possession and were threatening to swing the pendulum in their favour prior to the interval. Leinster held firm to bring a 10-7 buffer into the second half, but their opponents continued to ramp up the pressure on the resumption.

After a break from skipper Reuben Crothers had offered a platform in the Leinster half, Ireland hooker James McCormick raced through a defensive gap to dot down underneath the posts. A routine Tector conversion followed to move the Ireland U20s firmly into the driving seat.

Still, there was a sense that there were going to be twists and turns before this tie reached a conclusion and so it proved. Having come up just short in their search for a third try moments earlier, Leinster edged back into the ascendancy on 55 minutes.

The province’s pack pushed towards the whitewash off an attacking scrum and were duly awarded with a penalty try for their efforts.

However, their lead proved to be a short-lived one. Ireland once again forced their way inside the Leinster 22-metre line and it was impressive scrum-half Devine who found room on this occasion to cross over at a right-hand angle.

Tector enhanced his personal tally for the day with another successful kick, which ensured that Ireland were four points to the good (21-17) moving into the final-quarter.

With both sides opting to unload their extensive replacement benches, there were plenty of fresh legs on the pitch by the end of the contest. Eager to leave a lasting imprint on the proceedings, Leinster pushed hard for a winning try as the final whistle approached. 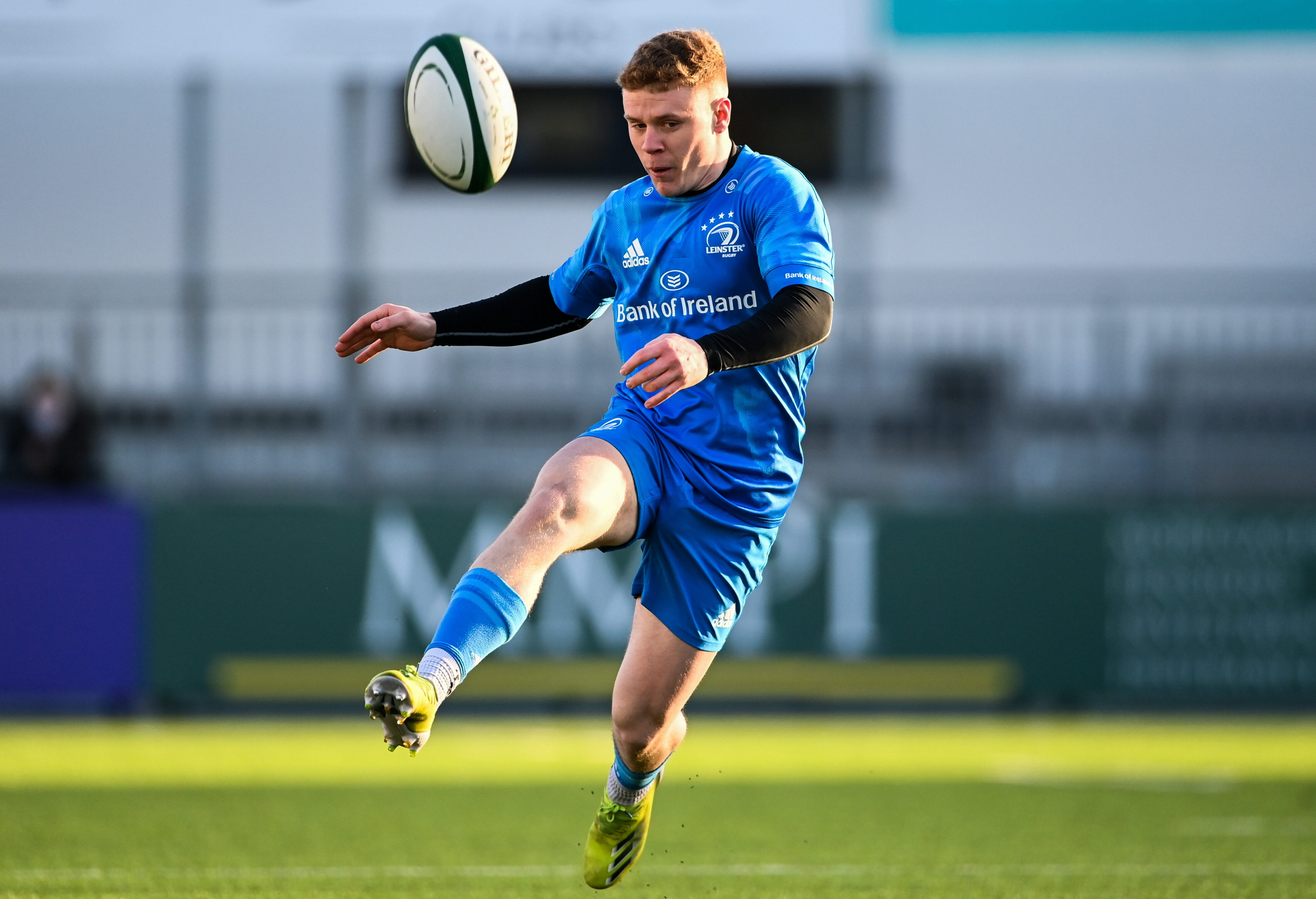 A disciplined Ireland were able to execute a succession of turnovers, but Leinster struck at the death with a superb solo try from winger Donal Conroy. Sam Prendergast added the bonuses to put the seal on a dramatic victory.

A great tussle and an enthralling contest and everyone at Leinster Rugby, wishes Richie Muprhy, his coaches and players all the best as they build towards next month’s Championship opener against Wales at Musgrave Park on Friday, 4 February. 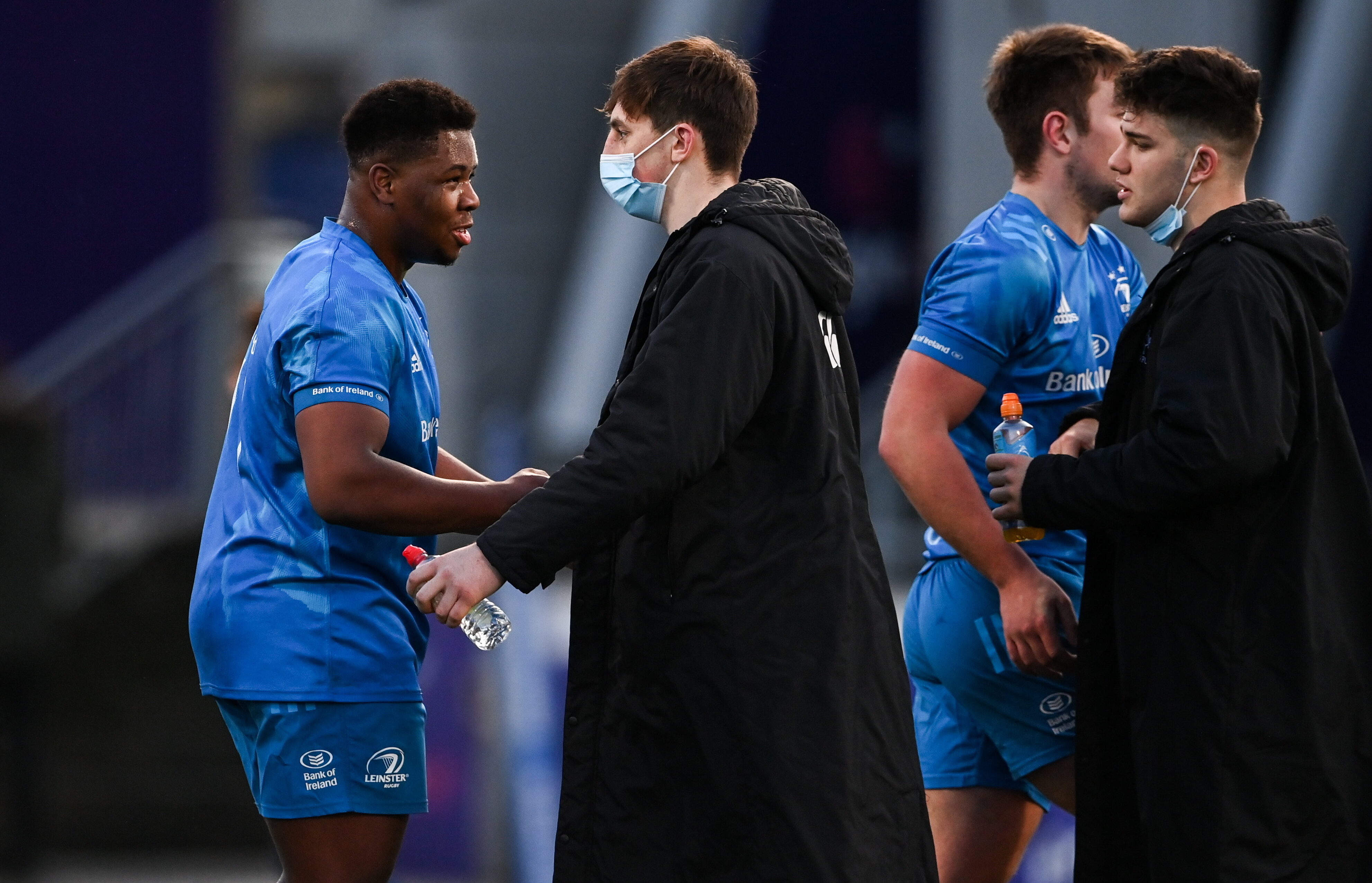