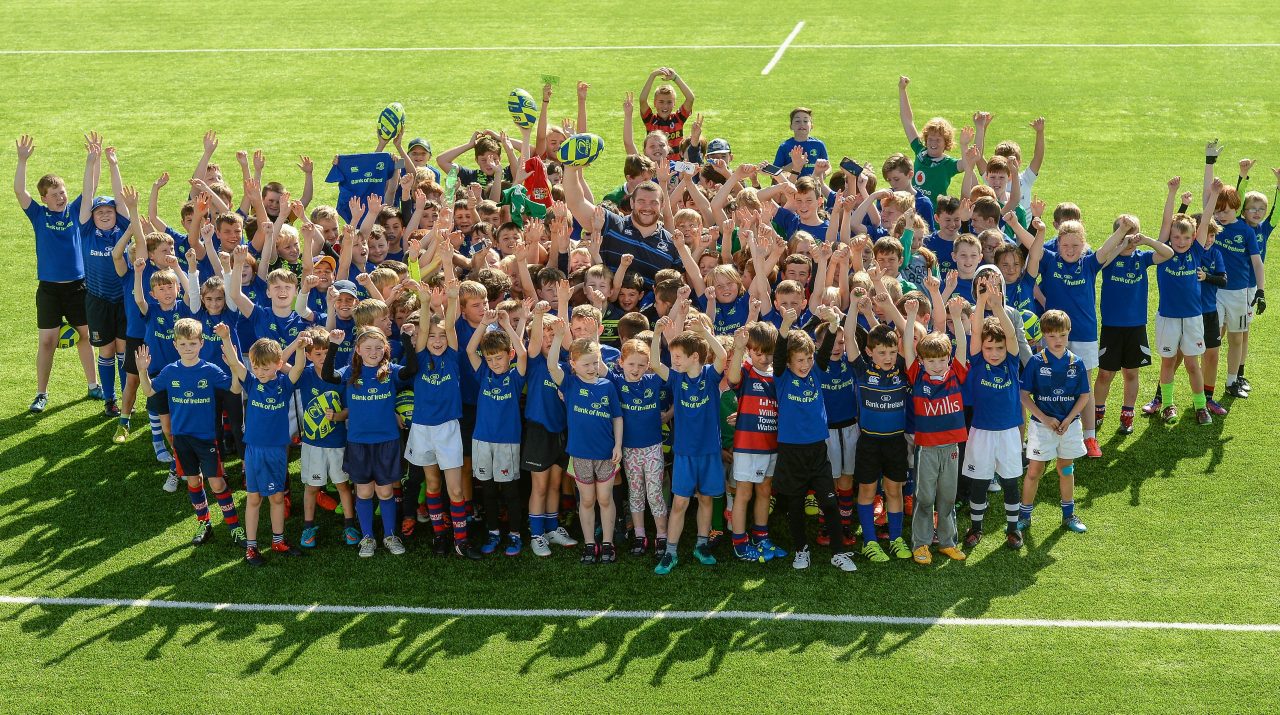 The seventh and final week of this year’s Bank of Ireland Leinster Rugby Summer Camps is well underway in four venues across the province; Blackrock College RFC, Clontarf RFC, North Kildare RFC and Ashbourne RFC are the clubs hosting the final week of camps with more than 550 boys and girls taking part across the four venues. Today saw visits to the camps from members of the Leinster senior squad. The Blackrock camp was visited by Daniel Leavy and Luke McGrath, Jack McGrath was in Clontarf while Devin Toner and Josh Van Der Flier made the trip to the North Kildare camp and Seán O’Brien and Tadhg Furlong paid a visit to all the kids at Ashbourne RFC. The five day summer camp has proved to be a major hit with kids this year, with over 2,500 boys and girls aged 6-12 joining our camps this summer and all 28 venues of the summer camps selling out. All camp goers are coached by IRFU accredited coaches ensuring all players leave the camps a better player and learning to play the Leinster way.

With one final day of our camp left, there are sure to be plenty more surprises and fun to be had.

Make sure to keep up to date with all the latest summer camp news and photos by following us on Facebook and Twitter.