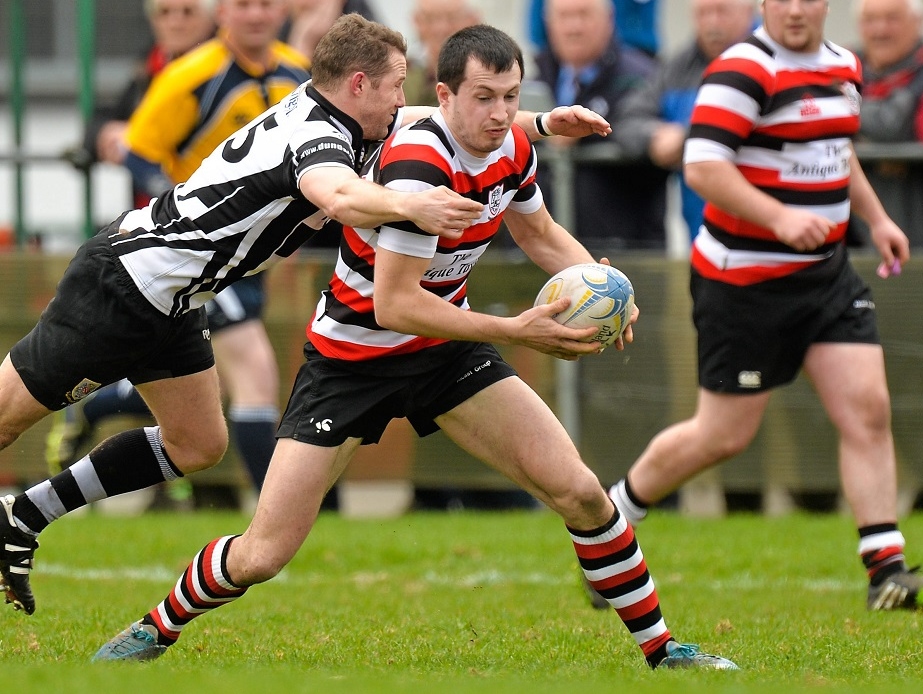 There was drama galore in Naas RFC on Sunday as Enniscorthy came back from the dead to stun Dundalk and advance to the Towns Cup Final.

It was an unbelievable finish and one that very few would have seen coming considering Dundalk’s dominance in the opening half and given the fact that they had a healthy nine point lead with three minutes to go.

Indiscipline from Dundalk resulted in two yellow cards, coupled with the never say die attitude and flair shown by Enniscorthy in those final stages, gave those present a view of one of the biggest comebacks in the history of the Towns Cup.

Enniscorthy were pipped at the post for league glory by Dundalk but the Wexford men would have used that as motivation while also having confidence in themselves having beaten Dundalk twice in the regular league season. 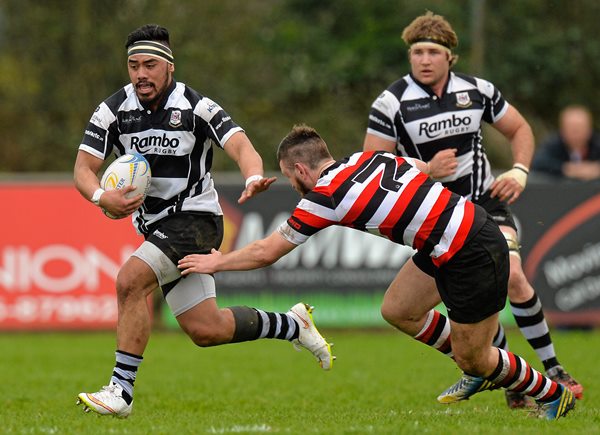 It is hard to get away from the pulsating finish, but for 75 minutes Dundalk were in control and only had five minutes left to see the game out. They had been fresh out of the blocks and made the most of their opportunities, especially in the first half when Enniscorthy were well below their best.

Dundalk led 15-0 at half-time and by 22-8 with less than 20 minutes to go, meaning Sunday’s defeat will be hard to take. That said, their season is not over and they have the Round Robin series to complete as they strive for Senior status.

Dundalk raced out of the blocks with flanker Tiernan Gonnolly doing all the hard work before he crossed for the opening try of the game on three minutes. Ultan Murphy was wayward with the conversion but it was the start that the league champions wanted.

Their start got even better on 22 minutes when a super blindside move from a steady lineout saw dynamic full back Stephen McGee cut through the defensive line before feeding winger James Shields to score.  This time Murphy added the extras and Dundalk were well on their way at 12-0. 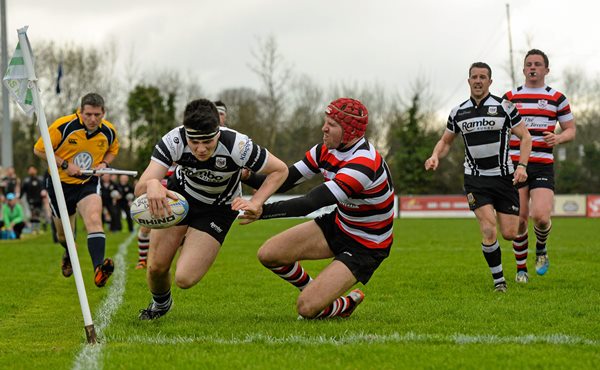 Before the half hour mark, Murphy added a penalty and the Louth men were full value for their 15-0 lead as Enniscorthy struggled to get the grips with the game, conceding a high number of turnovers.

Enniscorthy would have been glad of the half-time whistle.

Within three minutes of the restart, however, Ivan Poole landed a penalty to get them off the mark. With a half an hour to go, Dundalk still led by 12 points and one would have thought that the next score would be defining.  If Dundalk were to get it, surely it would be curtains; while if the Wexford men managed to get it, then it would have been game on.

That theory was soon blown out of the water as on 58 minutes Dundalk won a scrum against the head resulting in full back Stephen McGee going over for the converted try to leave it 22-3.

While that might have buried most teams, Enniscorthy upped the ante and five minutes later Ivan Jacob crossed for a try to claim a lifeline for his side. Enniscorthy were now piling on the pressure but Dundalk were holding them off.

Dundalk’s loose head Johnny Grey was sin binned with just over 10 minutes to go and as the game turned inside the final 10 minutes, you sensed a big push was on the way from the 2012 champions. Hugh O’Neill broke through for a try with eight minutes to go but the extras were missed as Dundalk still looked out of sight.

Tu’ipulotu Nuku was then sin binned for Dundalk and the space started to open up for the Enniscorthy backs as the game entered the closing stages. With two minutes remaining, another Ivan – Ivan Poole crashed over before converting himself as Enniscorthy amazingly now only trailed by 22-20 and with a numerical advantage. 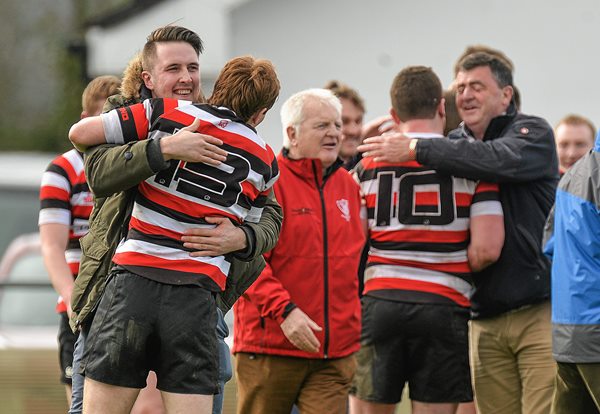 It was edge of the seat stuff as Dundalk struggled to contain the rousing Enniscorthy performance. In the end, they couldn’t hold them back and Jacob got in for his second try with time almost up before Poole added the extras to claim an unbelievable five point win.