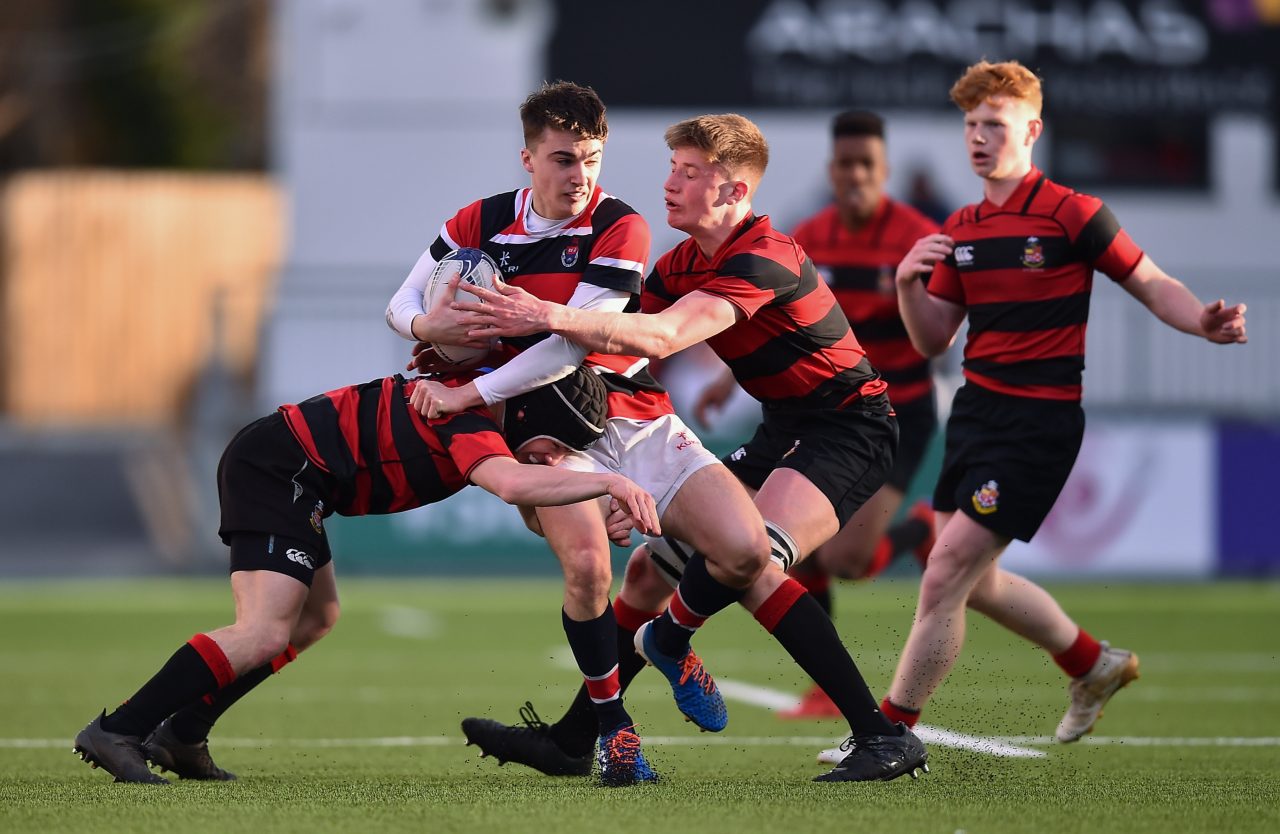 A late penalty from Charlie Tector has put Kilkenny College into the pot for the Second Round of the Bank of Ireland Leinster Schools Senior Cup.

The out half kicked eight of their 13 points against Wesley College in difficult conditions as a strong wind swirled around Energia Park.

It was a valiant performance from  the South-East school who, at one stage, found themselves down to 13 men.

There was an early opportunity for Kilkenny to go in front but Tector’s attempt from a penalty rebounded off the left upright.

Wesley marched right down the field and forced a penalty of their own which Jack Atkinson slotted between the posts from close range.

Kilkenny suffered another setback in the 14th minute when Darragh O’Reilly was sent to the bin for a high tackle on Gabriel Dunne.

With a man less in the trenches, they were forced out wide more often which saw them threaten on the left wing but errors in possession prevented any impact on the scoreboard.

Both sides had ventures into opposition territory but it was the defences who were coming out on top in the goal-line exchanges.

Through the break, that sole effort from Atkinson remained the only points on the board.

Kilkenny came out for the restart showing much greater desire and with the new half just seven minutes old, they were ahead.

Captain Ryan Strong dotted down and Tector added the two despite wind interference in his run-up.

A poor start to the second half got much worse for Wesley in the 45th minute when No 8 Oisin Spain was shown a red card for a dangerous tackle.

However, the numbers were soon evened up when O’Reilly picked up his second yellow card.

And Wesley were quick to strike after that, centre Luke Fitzpatrick barging over from close range to get them back in front.

Just after the hour mark, Welsey were penalised for not rolling away inside their own ’22’ offering Tector the chance to draw level and he didn’t need a second invitation.

And when he was given the choice of another kick at goal just two minutes from time, the out half showed nerves of steel to stick it between the posts regardless of the Energia Park breeze.

Wesley laid siege to the the Kilkenny ’22’ and after countless phases, it looked as though they might have won it but a foot was deemed to have gone into touch under pressure.