Leamy: ‘What I enjoy most is helping young players develop their game’ 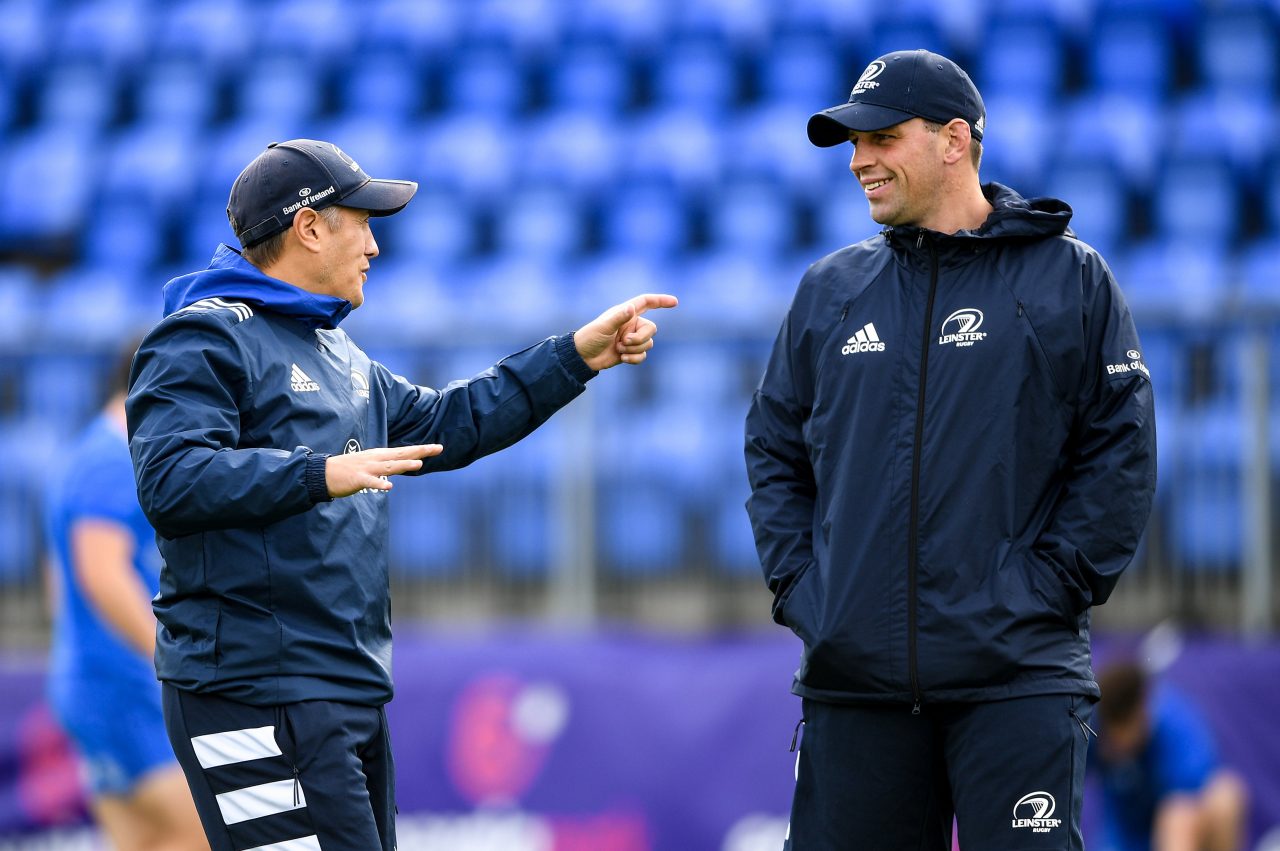 Denis Leamy, the former Munster and Ireland back row, has only recently joined Leinster Rugby as an Elite Player Development Officer.

With 144 Munster caps and two Heineken Cup medals, he has plenty of provincial experience and was of course also capped 57 times by Ireland, played in two World Cups, was twice a Triple Crown winner and was a member of the 2009 Grand Slam winning side.

It’s now time to put all of that experience and know-how, in red and in green, to good use with the next generation of players in blue.

So what, or more to the point, who, does he think of when he thinks of an inspirational role model to set on a pedestal for these young Leinster Rugby players?

You see, Denis Leamy and Best go back a long way.

The unlikely friendship was fostered in 2000 when they were part of the Ireland Schools squad and it was fully formed over the next dozen years.

“What I remember was – and he was probably the same – I couldn’t understand a word he said. We were calling lineouts and, at the time, the hooker used to call them. The session was a disaster because no one knew what he was saying.

“That is my earliest memory of him,” smiled the Tipperary man.

“The thing about that season in 2000 is that the Irish Schools went on tour to Australia, spent six weeks together. There was a real strong bond between that group of players. There were Stephen Keogh, Shane Jennings, Matt McCullough, Gavin Duffy, a lot of guys that went on to play for their provinces as senior professionals.”

The meeting of minds eventually led to Leamy and Best serving as each other’s groomsmen on the most important day of their lives.

“We are both from farming backgrounds and both enjoy the social side of it as well,” stated Leamy.

“When we got into the Ireland senior team, we just roomed together. We were unbelievably close.”

The relationship with Best has given Leamy someone to point to when an example is needed for what it takes to get to the top and to stay there.

“In that group of 2000, if you were told someone in the squad would go on to win 124 caps for Ireland, to be fair – and he won’t mind me saying this – I’m pretty sure he would have been well down the list.

“When he got in there, when he saw what it was going to take to do it, he has done it better than anyone I can think of, the way he worked on his conditioning, his scrummaging, his throw, everything. I think Rory is a brilliant example to any young player. I find it hard to think of anyone better.”

Of course, it hasn’t all been plain sailing for Best. The ageist jibes were just the latest, and last, in a line of arrows fired at the Ulsterman and they were part of the reason behind his endurance.

“You find a place to put the disappointment and the upsets, turning it into fuel to drive you,” said his good friend.

“Criticism is something you are going to get. He had a really good way of turning that into something positive.” 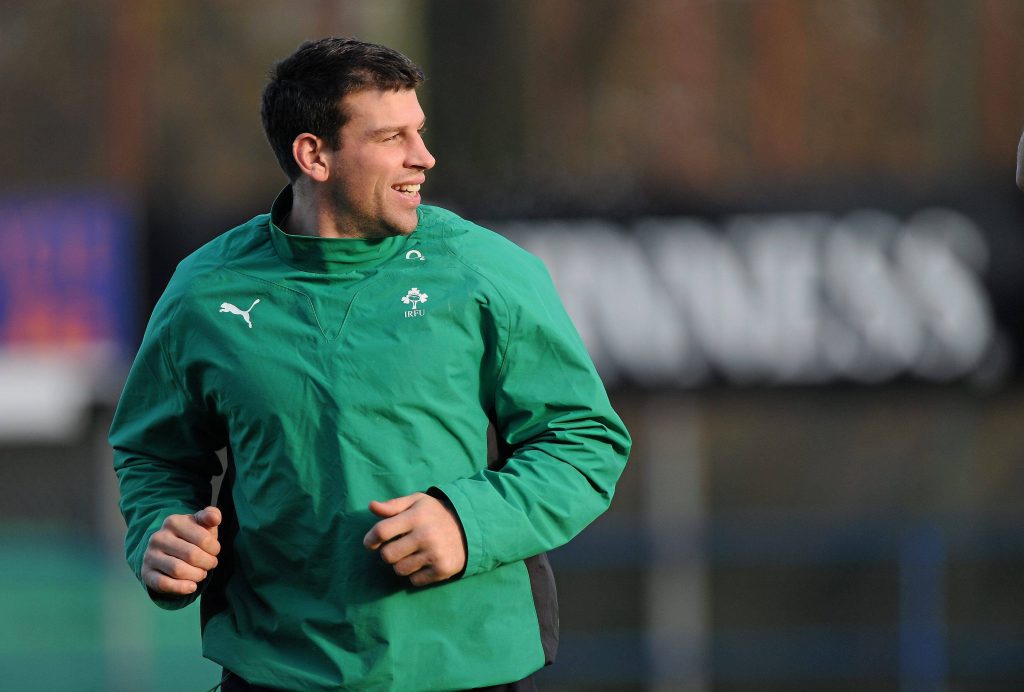 At the lineout, ‘the dart demons’ had been a career-long problem which Best had to deliver on.

“I remember, early in his career, the lineout had malfunctioned and the focus always comes back on the hooker. His throw was picked apart and criticised. By the next time he came back into Irish camp, he had developed this throwing target on the farm. He showed it to me once when I was up there.

“He told me, ‘I’m going to throw 100 balls every day.’ That is something young players have got to understand. It’s not by accident Jerry Flannery went out and consistently hit the tail. Its not by accident Rory Best did it at the highest level, under huge pressure after hitting 30 rucks and 20 scrums, covered the kilometres.

“It is really that repetition, day-in, day-out whether that is Christmas Day, your birthday whatever it may be. That is put aside for that 40 minutes. He had developed this system on the farm using an auger, which is used for crushing grain. He threw to the target. The ball would fall down through the auger and into a wheelbarrow. He would fill up the wheelbarrow and start again.

“That was really it. These things don’t happen by accident. You’ve got to put in the time, throw, throw, throw, get a good check list of your technique. I think Rory is a brilliant example to any young player. Again, I find it hard to think of anyone better.”

On retirement in 2012, Leamy moved back home to Cashel, where he lived in the town and worked on the family farm in Dualla.

His alma-mater Rockwell College came calling to enlist the services of their old boy. The next step was to take over at Clonmel RFC for four years where the Munster Junior Cup was won and the Munster Junior League was won three times in a row.

“When you look back, it looks like a perfect plan. I didn’t really map it out like that. It just kind of happened that way,” he said.

“That was an interesting experience, working with amateurs, who are at college or working or have other interests or responsibilities. Their priority isn’t rugby. It is not their be-all and end-all.

“That was a great place to learn how to mould a whole group and trying to put the club in a better place off the pitch. It was really educational for me.”

From there, Leamy spent a season with Garryowen as a forwards coach and then two seasons as head coach at Cashel.

“All the while, Munster were very good to me in that they asked me to work with the Schools, the Under-19s and the Under-20s.

“I had also filled in as an Elite Player Development Officer on two occasions for three months apiece when Peter Malone had to take over the Ireland Under-20s temporarily and Colm MacMahon was, and still is, up with the Munster seniors until Graham Rowntree arrives. That was very beneficial and educational.

“When I was in that environment, I really liked it. It got me to think about where I fitted in between the club game and the professional game.

“I realised what I enjoyed most was working with young players and developing their game. That part of the process appeals to me. When this job was advertised, I looked at it, I spoke to people and decided to interview for it.

“There wasn’t a role there for me at Munster. They were very positive about it and encouraged me to take this role.”

And here he is.

Leinster might just feel they have backed a winner.

This article first appeared in the match programme for Leinster Rugby’s Guinness PRO14 clash with Dragons on Friday, November 1.

Tickets for Leinster v Northampton Saints at Aviva Stadium are available now from €25.