Learn to play the Leinster way this summer… 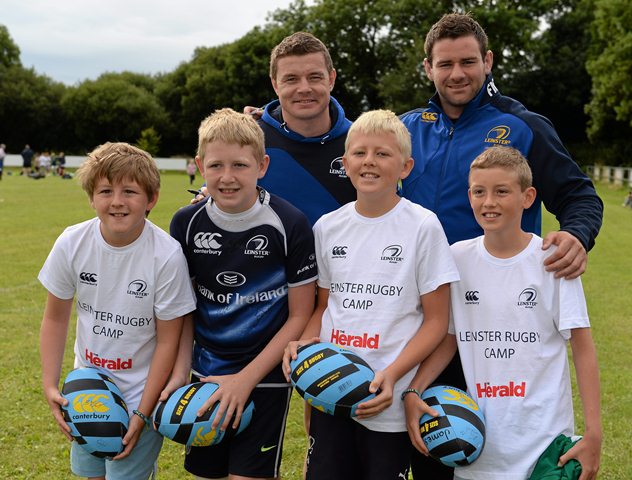 Last week saw the launch of The Herald Leinster Rugby Summer Camps for 2014, calling on all boys and girls aged 6 to 12 years old and providing them with an action packed fun-filled week of rugby during the summer holidays…

The camps which run throughout the province n 21 venues during July and August will revolve around maximizing enjoyment and learning to play the Leinster way. This year will see a strong emphasis placed on the capacities of the players and the rugby specific coaching will be tailored to each individual group and conducted in an appropriate safe manner with the aim to optimise learning, create friendships, improve rugby skills and enhance rugby specific knowledge.

This year as mentioned above will see the introduction of a new format to the camp content. Specialising on the three different Mini Rugby stages, the content has been put together to give the kids a unique playing experience concentrating on the individual and team skills while maintaining the fun and enjoyment of playing the game. The week will be broken down into specific parts of the game and the progression of the skills continued through the week. 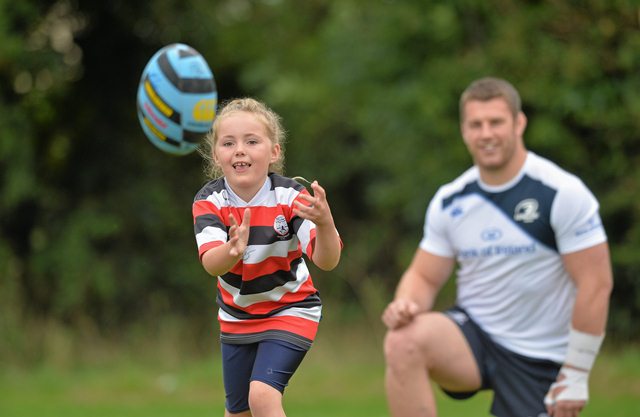 The typical week will see the camp content broken down into the various elements of the game and see each day take on a different aspect of skill development, taking it from an introduction level through to using it in fun game based activities. A special area that we will be focusing on this year will be at Mini Stage 2 (8-10 years old) and Mini Stage 3 (10-12 years old), where the players will learn and experience activities around coaching based techniques such as ‘Players on the Ball’ and ‘Players in Space’. This will see the coach’s guide and give an understanding of the skills that are needed in these areas of the game such as passing, evasion, tackling, decision making and general movement.

With every detail of the camp after being examined through our feedback from last year, The Herald Leinster Rugby Summer Camp for 2014 looks set to be even better than before. Each of the camps across the 21 venues in the province will be following the same content and has been carefully designed to cater for both the beginner and regular player. We look forward to seeing the next batch of Leinster players come through our camps and break through into the men’s and women’s Leinster teams. 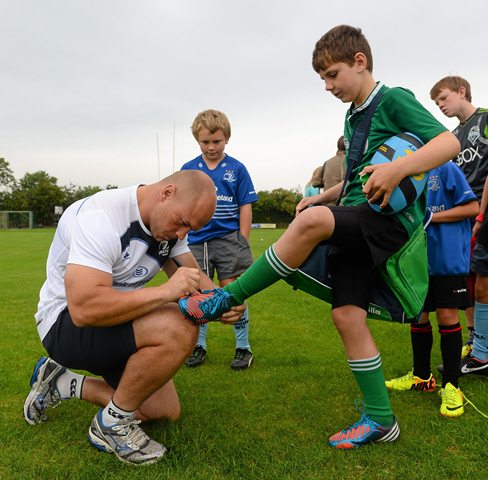 Billy Phelan, who will manage The Herald Summer Camps this year, commented “A lot of planning and preparation has been put into designing the content and format of the week. This is my third year being involved with the camps and I’ve taken on board all the feedback and observations that I’ve made over the previous two years to make the week as enjoyable, fun and organised for both child and parent”. He went on to add “we have added an extra three venues to the calendar this year as the success and demand for the camps continues to grow year on year. Hopefully we will be able to bring around some silverware also for the kids to get a chance to hold as we did with the three trophies that Leinster won last year”. 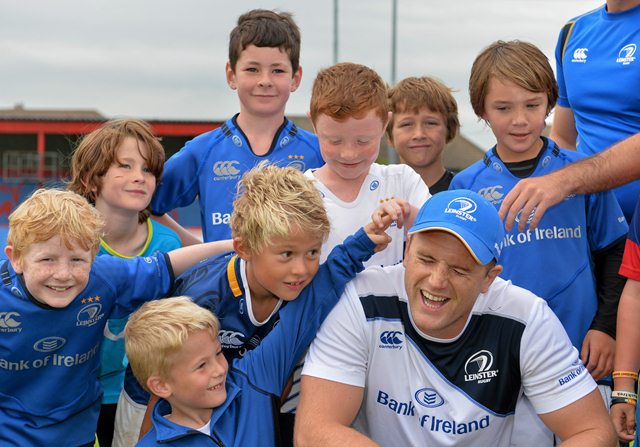 At present, there is an early bird offer to book a place for €;70; the price includes a Canterbury pack of T-Shirt, Rugby Ball, Boot Bag and Water Bottle. Camp goers will also get a ticket to as selected Leinster game and will get to meet Leinster Rugby players.

The Early Bird offer marks a saving of €;19 on the normal price of €;89, so don’t be late and get in early. To book a placeplease see further details CLICK HERE or contact Sheila Cullivan, Leinster Rugby on 01 2235111.
To book now, you can download an application form HERE or book online via Ticketmaster HERE.

It’s cheaper than a babysitter…