Leinster ‘A’ team to face Cardiff Blues ‘A’ announced 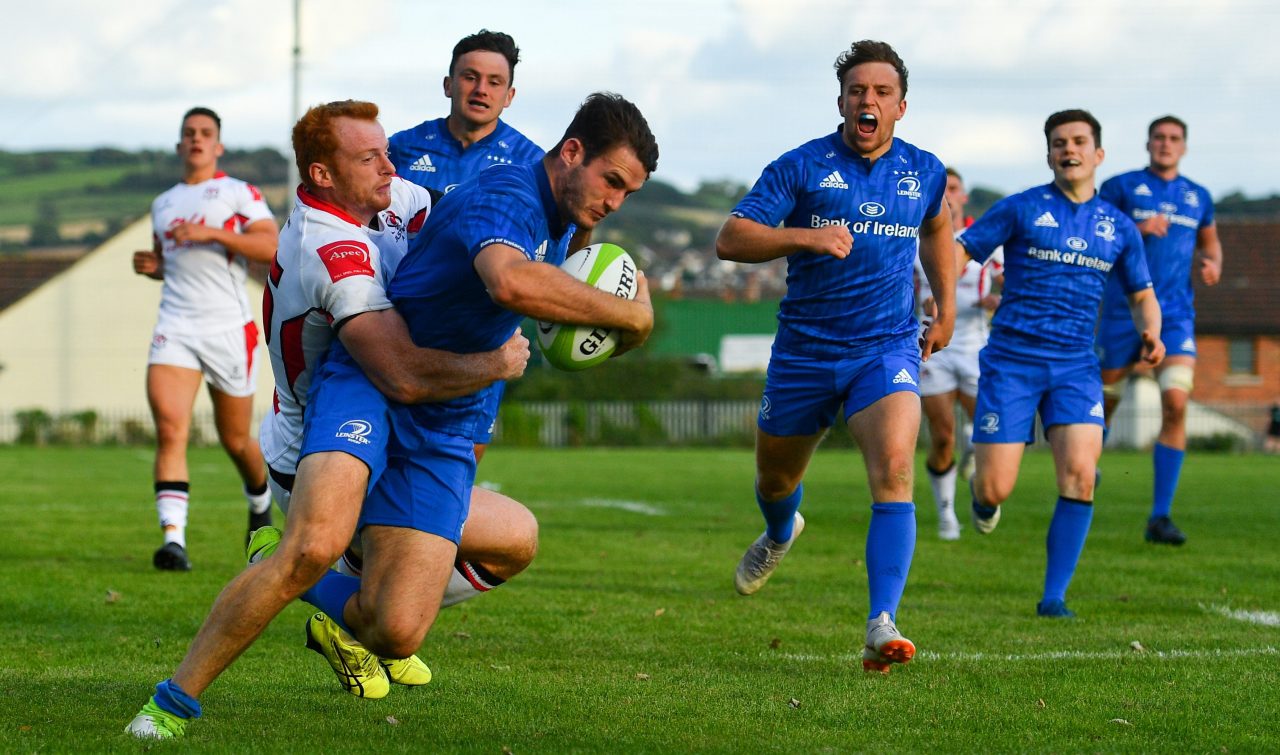 Jack Kelly goes over to score a try against Ulster 'A'. Photo by Ramsey Cardy/Sportsfile

Jack Kelly will captain Leinster Rugby ‘A’ when they face Cardiff Blues ‘A’ in the province’s first home tie in the new Celtic Cup competition at Energia Park tomorrow (KO 1pm).

Leinster made a positive start to the Celtic Cup with a bonus point win away to Ulster ‘A’ last Friday.

Adam Byrne comes into the side to start on the right wing, with Michael Silvester on the left and captain Kelly at full-back.

Hugo Keenan moves from the wing to start at inside-centre alongside Conor O’Brien in midfield.

There is senior experience in the pack with Mick Kearney and Ian Nagle named in the second row.

Michael Milne, Ronan Kelleher and Vakh Abdaladze form the Leinster Rugby front row, while Oisín Dowling, Scott Penny and Ronan Foley are named in the back row to complete the pack.

Supporters can kick-off a massive day of rugby tomorrow and pay at the Energia Park gate with entry to the terrace from €10/5 and entry to the stand from €15/10.

After the Celtic Cup match, the senior team face Dragons at the RDS Arena in the Guinness PRO14 (KO 5.15pm), followed by the Women’s Interprovincial Championship decider back at Energia Park at 7.30pm.

Supporters that show their Season Ticket or ticket from Leinster v Dragons can enter the Women’s game for free.