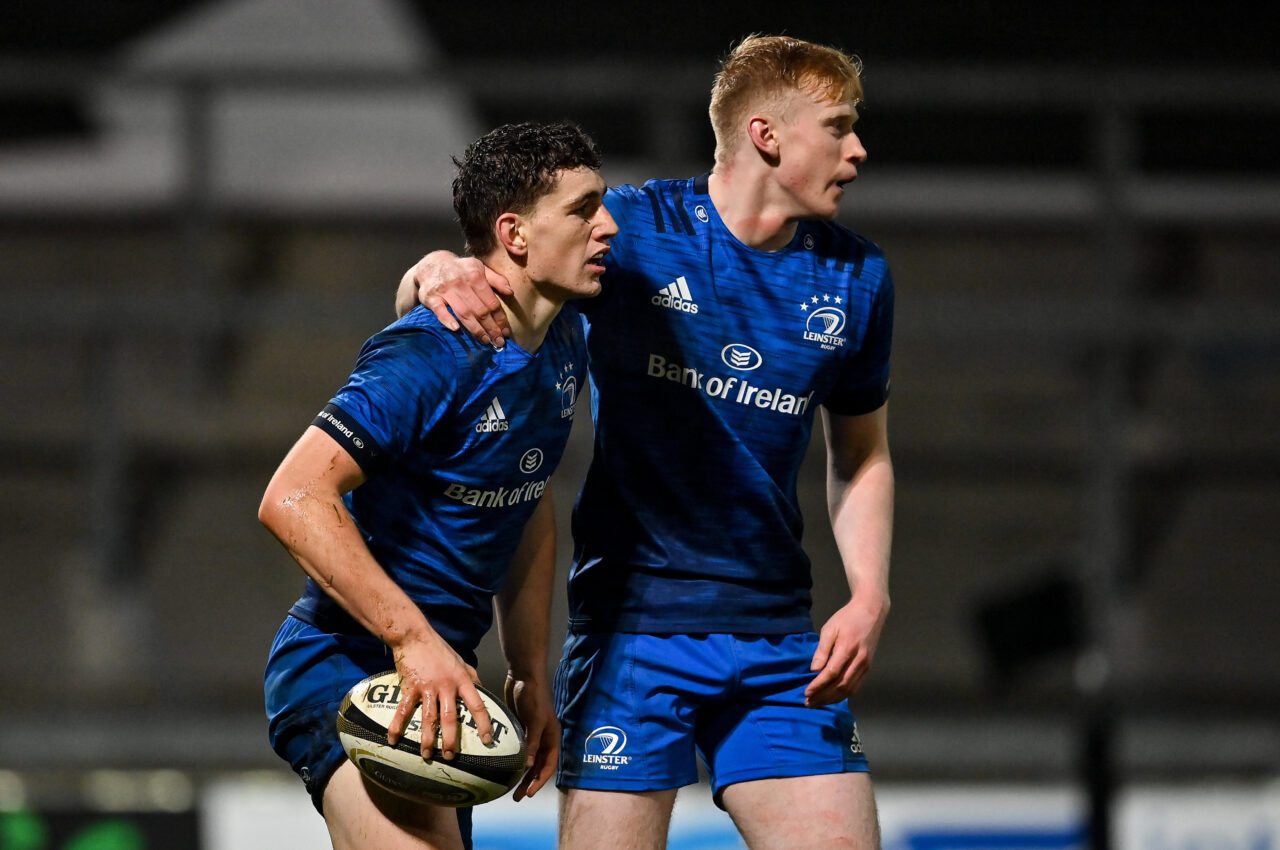 Cormac Foley is congratulated by Jamie Osborne after scoring a try against Munster 'A'. Photo by Brendan Moran/Sportsfile

Leinster Rugby ‘A’ head coach Noel McNamara has named his side to face Ulster Rugby ‘A’ this afternoon at Kingspan Stadium (KO 3pm, live on BBC iPlayer and BBC Sport NI website).

Jack Dunne will once again captain Leinster ‘A’ after leading the team in last month’s games against Connacht Eagles and Munster ‘A’.

He will be joined in the second row by Year 1 Academy player Joe McCarthy.

Ryan Baird has been selected at blindside flanker in a back row with Seán O’Brien and Alex Soroka. Clontarf FC man Soroka has three tries in his last two games for the ‘A’ team. 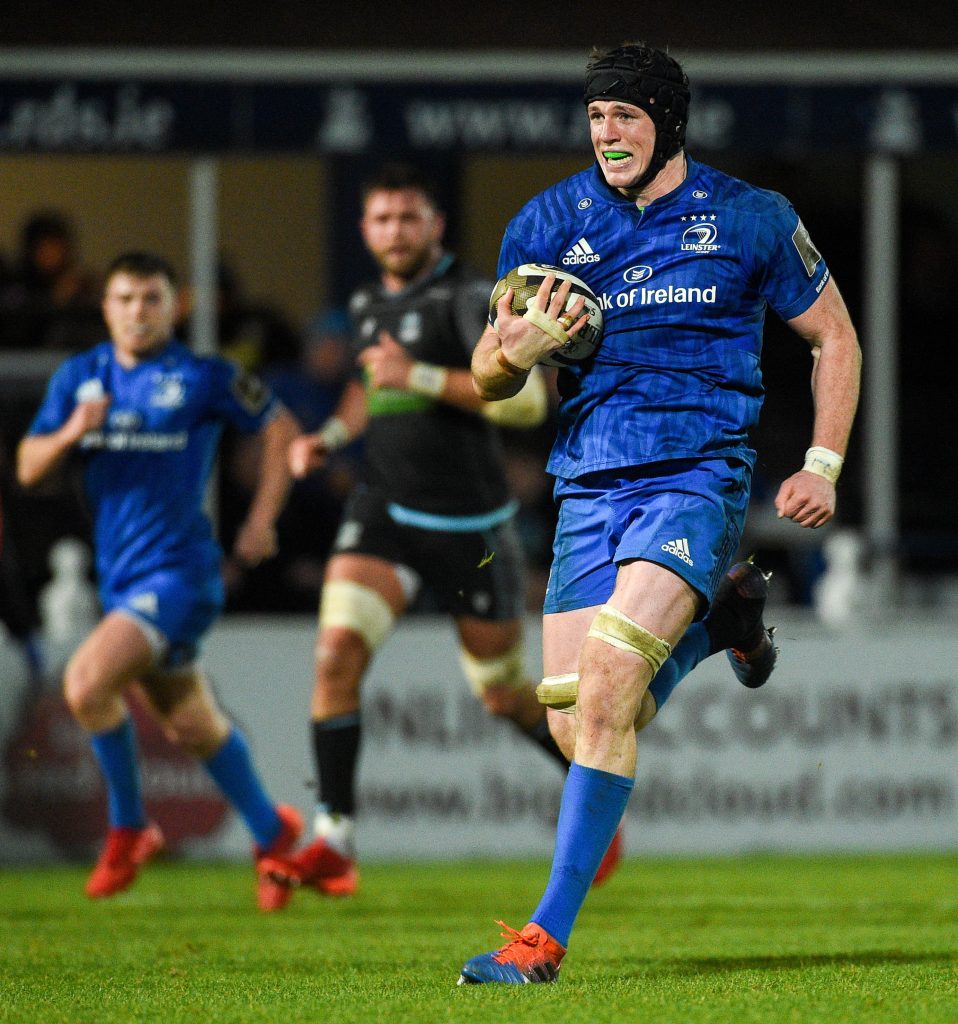 Seán O’Brien and Alex Soroka, who has bagged three tries in last two games for the ‘A’ team, join Baird in the back row.

McNamara has retained the same starting front row from December’s games against Connacht and Munster.

Recent senior team debutant Greg McGrath, who came through the Leinster youths system with Wexford Wanderers and now plays his club rugby with Lansdowne, makes his third consecutive start for Leinster ‘A’ at tighthead prop.

He will once again play alongside Dan Sheehan at hooker and Marcus Hanan at loosehead prop.

David Hawkshaw will start in the 10 shirt and is paired with Cormac Foley in the half-backs.

Another recent senior debutant, Max O’Reilly, starts at full-back in a back three with Cian Kelleher and Niall Comerford.

A centre pairing of Liam Turner and Jamie Osborne completes the starting XV.

Today’s match kicks off at 3pm and will be available to stream on the BBC i Player and BBC Sport NI website.